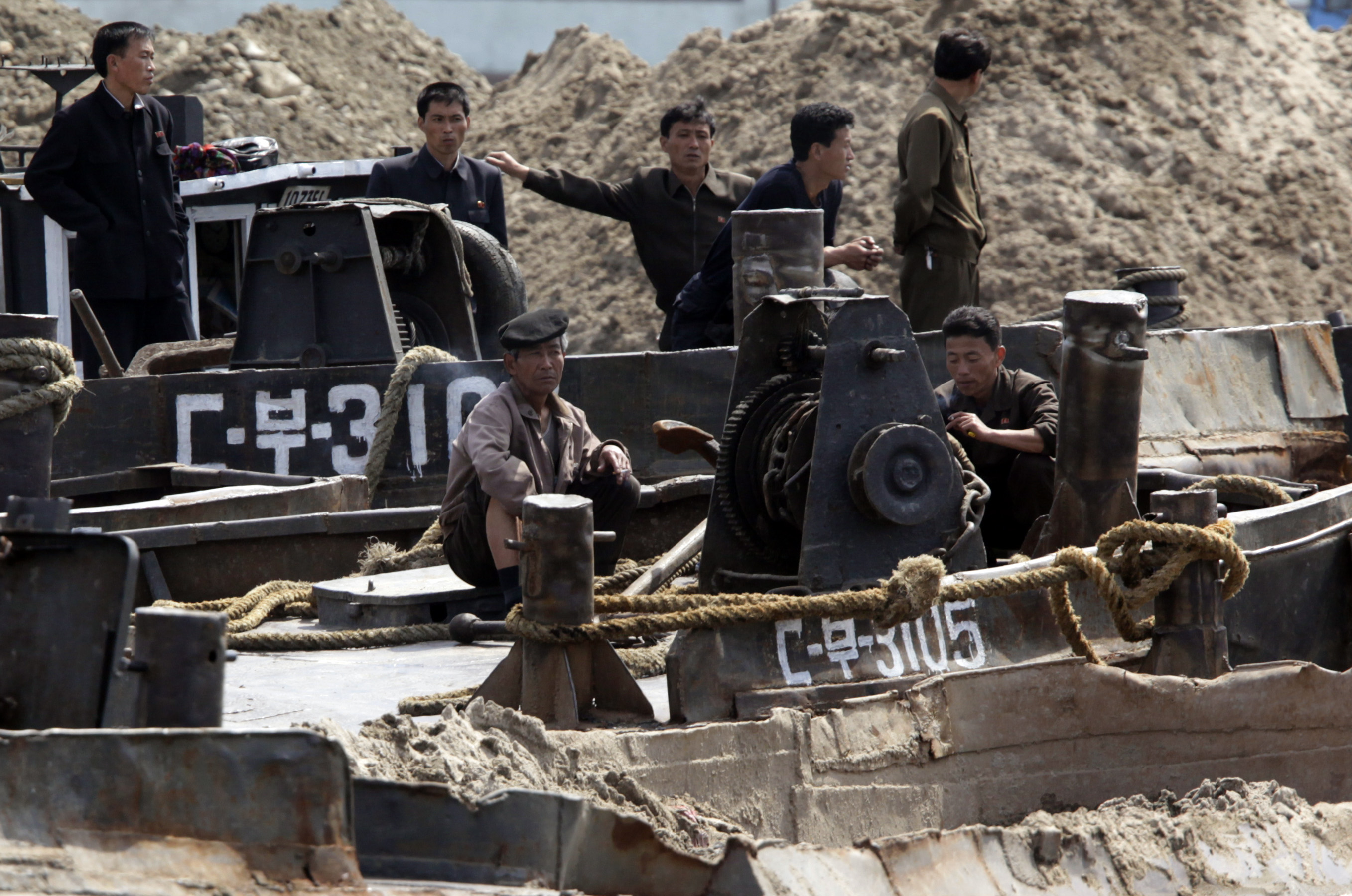 Stung by a surprise underwater attack, South Korea flexed its muscles yesterday with anti-submarine drills and a U.S. general offered strong words of support as the allies sent a clear message to adversary North Korea: Don't try it again.
Pyongyang, however, wasted little time in responding, saying it would launch "immediate physical strikes" against southern ships that enter its waters as tensions spiked further a week after Seoul blamed the North for torpedoing a warship.
Inter-Korean political and economic ties have been steadily deteriorating since the February 2008 inauguration of South Korean President Lee Myung-bak, who vowed a tougher line on the North and its nuclear program. But the sinking of the warship Cheonan and deaths of 46 sailors in March have returned military tensions - and the prospect of armed conflict - to the fore.
Off the South's western coast, 10 warships, including a 3,500-ton destroyer, fired artillery and other naval guns and dropped anti-submarine bombs during a one-day exercise to boost readiness, the navy said.
It was the first such drill since the Cheonan disaster, a navy official said on condition of anonymity, citing department policy.
South Korea also is planning two major joint military drills with the U.S. by July in a display of force intended to deter future aggression by North Korea, according to South Korea's Joint Chiefs of Staff.
Gen. Walter Sharp, chief of the 28,500 American troops in South Korea, said the United States, South Korea and other members of the U.N. Command "will sustain our efforts to deter and defeat aggression."
"We call on North Korea to cease all acts of provocation and to live up with the terms of past agreements, including the armistice agreement," Sharp said yesterday during a Memorial Day speech.
The U.S. fought on the South Korean side during the 1950-53 Korean War, which ended in an armistice, not a peace treaty. North Korea has long demanded a permanent peace agreement.
The North has denied it attacked the Cheonan and says attempts to punish it would lead to war. On Thursday, it announced that in retaliation for the South's moves it would scrap an accord aimed at preventing accidental naval clashes with the South.