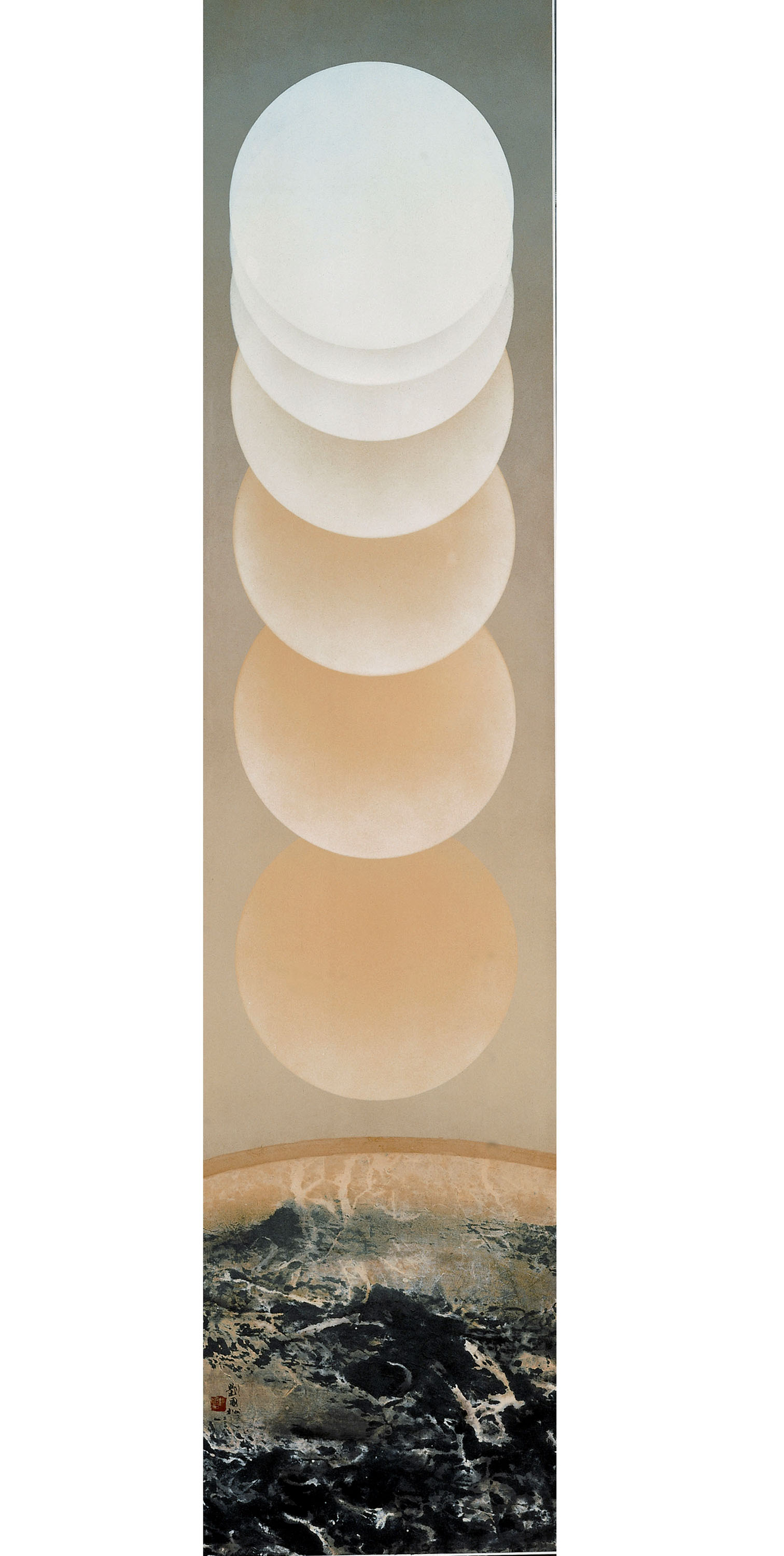 The British Museum wanted to collect paintings by renowned Taiwanese modernist Liu Kuo-sung after his show in London, reports said yesterday.
The museum was reportedly interested in acquiring "Rising Sun," a color painting from 2008, and "Sun and Moon: Floating? Sinking?" from 1970. Liu exhibited 25 works during his first London exhibition in three decades to great public acclaim, reports said.
Taiwan representative in Great Britain Chang Siao-yue expressed happiness and praise for the museum's plans to house works from the 78-year-old Taiwan artist. "Buying paintings from master Liu is certainly not a wrong decision," she told reporters.
Liu's works are already on view at museums in the United States, Switzerland, Italy, Germany, Australia, Malaysia and the Philippines. Beijing's Palace Museum not only held an exhibition of his works, but also acquired some of them.
If the British Museum really bought his works, it would represent a new peak in his 60-year artistic career and even more a reason of pride for Taiwan's art world, reports said.
Liu described the two works sought after by the British institution as perfect and part of his favorites.
The organizer of Liu's London show, Michael Goedhuis, told reporters Liu was the first ethnic Chinese artist in the late fifties to study Western art diligently. He spent 40 years to create a new artistic language by importing Western artistic concepts into classical Chinese culture, giving the latter a new lease on life, Goedhuis said.
The show, which will close on May 15, received a positive reception from Britain's media, art critics and museum specialists, leading to orders for most of the works on display, according to Goedhuis.
The exhibits ranged from an abstract painted in 1963 to works related to the space age, Tibet, and the Jiuzhaigou National Park in China's Sichuan Province. The artist described life as his prime source of inspiration and travel as his favorite activity outside of painting.