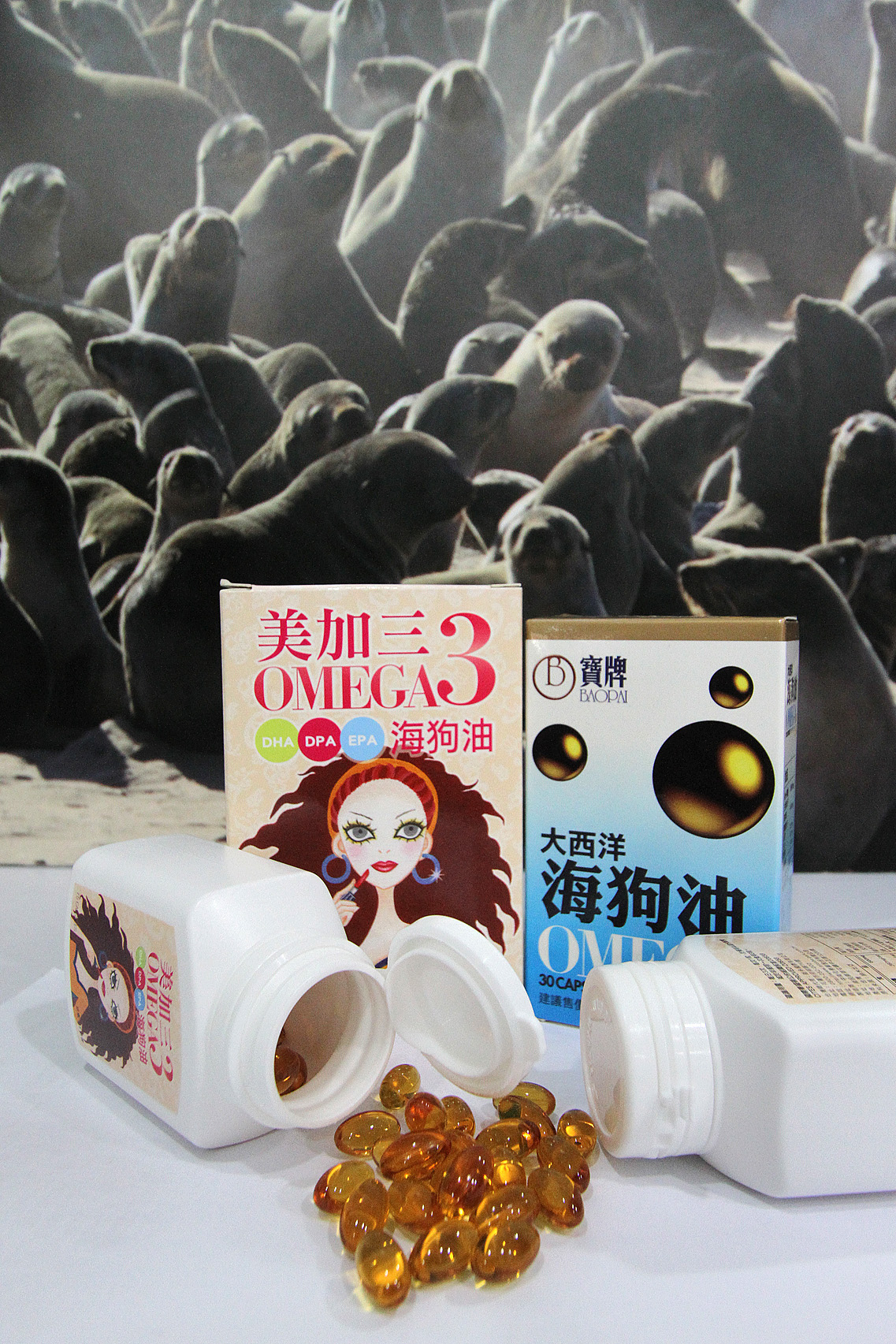 An environmental protection group invited the public yesterday to visit its Web site to sign an appeal asking the government to ban the import of seal oil.
Chen Yu-ming of the Environment & Animal Society of Taiwan said 4,480 people had already signed the appeal, and she said it will be handed to the Council of Agriculture when 10,000 signatures are collected.
Since the campaign was launched a week ago, two brands of seal oil on the local market have already been removed from the shelves of two retail chains, she said.
The group drew attention to its seal oil ban initiative by posting a film shot by environmentalists showing the brutal culling of seals in Canada on its Web site.
Chen told a news conference last yesterday that Canada allows its fishermen to cull 380,000 seals a year, even though the seals account for only 5 percent of the fishermen's annual income.
Brutal culling
According to Chen, the culling process is brutal. Canadian fishermen kill these seals by knocking them on head with a cudgel and skinning them while they lie helplessly in a pool of blood struggling to stay alive.
"All this was recorded in a film shot by the Humane Society International and posted on our Web site," Chen said at the time.
"Many of the seal cubs, which are only one month old, are killed while lying on the ice and waiting for their mothers to feed them, " Chen said, adding that it was the world's largest massacre of marine mammals every year.
Although seals are not listed as an endangered species by the United Nations Convention on International Trade in Endangered Species of Wild Fauna and Flora, products using seal ingredients are widely banned in the West, Chen said, and she urged Taiwan to follow suit.
Taiwan has become the fourth leading market for Canadian seal products. From 2003 to 2009, it imported 431,364 kilograms of seal oil, an amount requiring the killing of 120,000 seals, Chen said.
Pros and cons
Seal oil is rich in omega-3 fatty acids, but its proponents contend that it provides a higher concentration of the essential fatty acids that reduce the risk of cardiovascular disease than other fish oils, driving demand for the product.
Chen argued, however, that seals need not be killed because every nutrient found in the seal oil can be obtained from other natural sources.
An official from the Council of Agriculture said on the condition of anonymity that the council will not impose the ban until there is a consensus to do so.