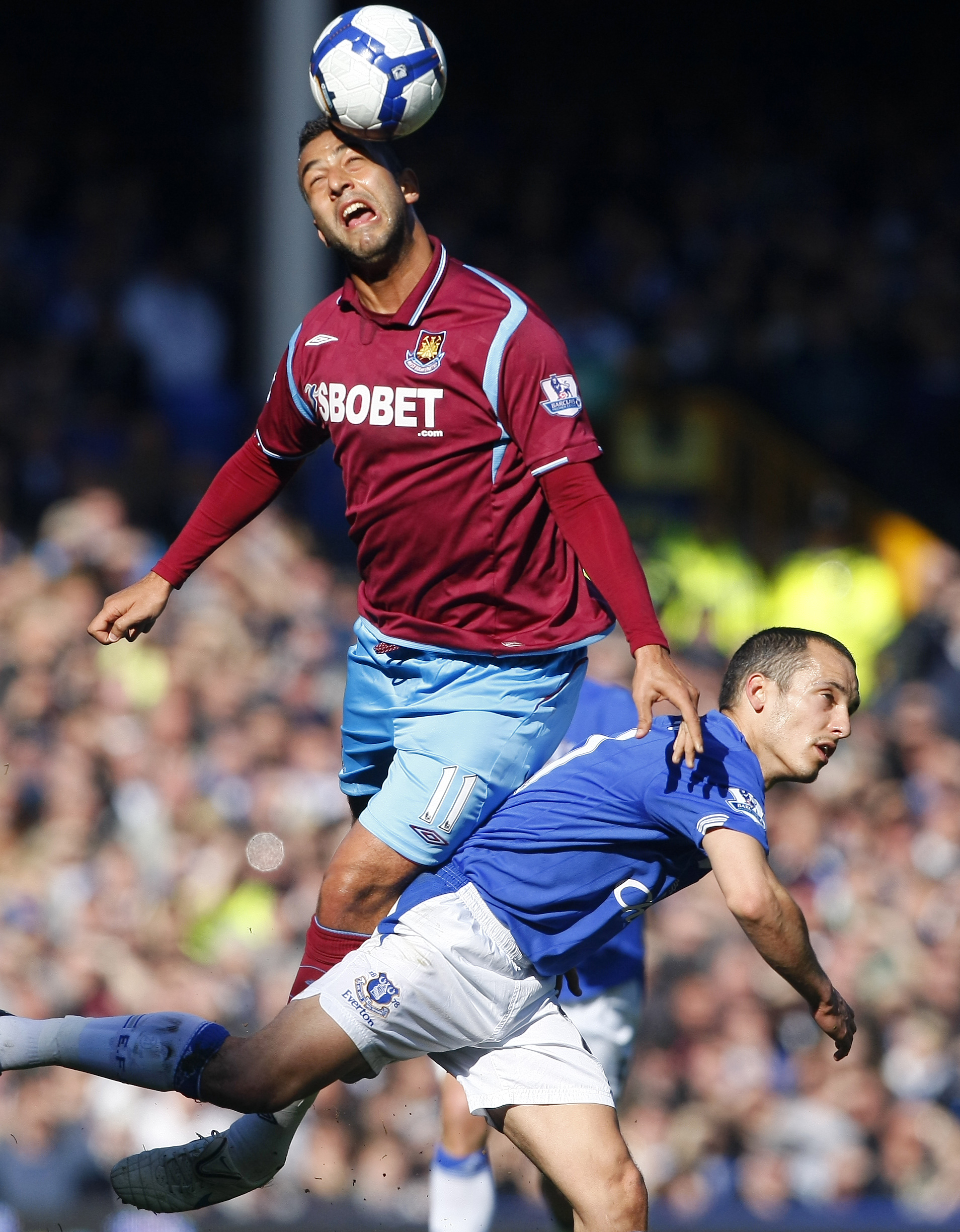 Gianfranco Zola insists West Ham's battling 2-2 draw at Everton proves his players can ignore the criticism from their club's owner and avoid relegation from the Premier League.
Zola and his players had to endure the indignity of Hammers co-owner David Sullivan launching several public attacks on their ability during a run of six successive defeats which threatened to plunge the team into the relegation zone.
The criticism combined with last weekend's defeat to Stoke forced Zola to consider his future, but the Italian opted to stay and try to keep the east London outfit in the top-flight.
And judging by the gutsy way they twice came back from a goal down to claim a priceless point at Goodison Park on Sunday, the squad remain firmly behind their boss.
The Hammers are still in trouble as third bottom Hull can dump them into the relegation zone if they win their game in hand, but former Chelsea forward Zola is convinced the squad are fully focused on staying up - regardless of the pressure put on them by Sullivan.
"We don't want to focus on anything other than the football. Other things we cannot stop - people want to give opinions - but we are 100 percent focused on the field," he said.
"We have been together. All this season has made us stronger, for sure.
"It is a difficult situation but we don't want to stop fighting.
"That is what we said to each other before the game. We said no matter what, we will fight until the end.
"It is a great encouragement. I wouldn't say the last five games are going to be a matter of life and death - but very close. We know what football is like but we are not going to hold anything back."
After giving his players three days off this week and then flying home to Sardinia to clear his mind, Zola knew a defeat could have been the last straw for Sullivan.
So Zola must have feared the worst when he lost midfielder Valon Behrami to an injury in the pre-match warm-up, then saw Diniyar Bilyaletdinov give Everton a first half lead and watched as Mido's penalty was saved by home keeper Tim Howard.
That would have been enough to finish off many struggling teams, yet Manuel Da Costa scrambled a 60th minute equaliser.