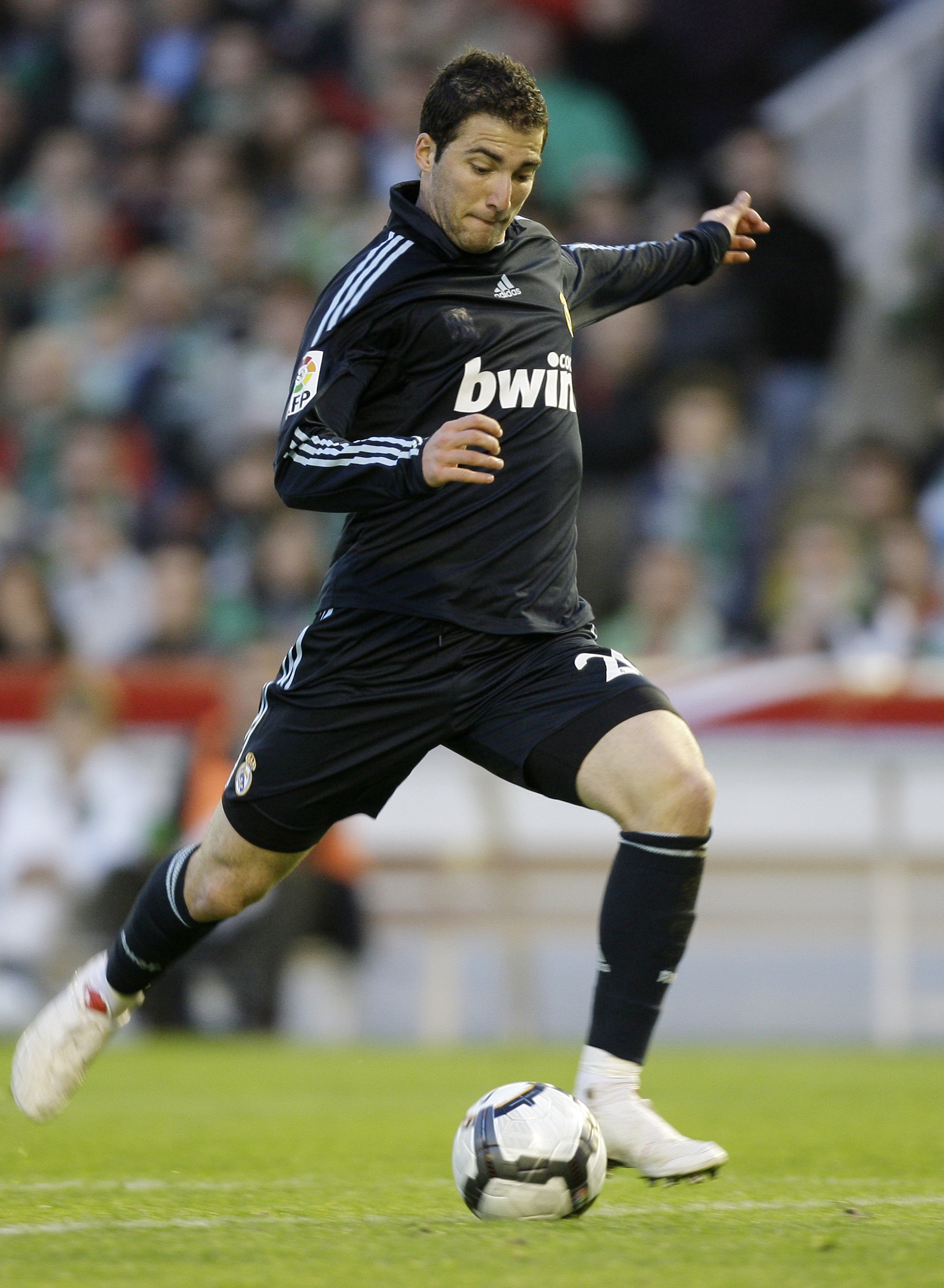 Real Madrid's deadly strikeforce of Cristiano Ronaldo and Gonzalo Higuain engineered a 2-0 win at Racing Santander on Sunday to put their side back on top of La Liga and push Barcelona into second place.
Ronaldo won and converted a penalty for his 18th league goal in just 21 games before Argentine Higuain netted for the fifth consecutive game to make it 24 goals for the season.
The duo have scored 42 out of Real's 83 goals this campaign and Madrid have now notched 12 consecutive league wins to move above Barcelona on goal difference.
Champions Barcelona also have 77 points after their 4-1 win over Athletic Bilbao on Saturday to set up the mouthwatering 'El Clasico' clash in Madrid next Saturday between the two great rivals.
"I don't think there is a favourite for the match as both teams are on form and winning a lot of games," said Real coach Manuel Pellegrini.
"In these matches the team that makes the fewest mistakes wins. We need to recover the points we lost at Camp Nou (where they lost 1-0) and I am sure we can win."
Real are able to rest up for that duel while Barcelona have a tough Champions League quarter-final second leg at home to Arsenal on Tuesday before the trip to the capital four days later.
German defender Christoph Metzelder made just his second Real appearance of the season with Sergio Ramos suspended and Pepe out for the season.
Racing fielded 19-year-old starlet Sergio Canales who has already reached a deal to join Real in the summer for a reported 4.5 million euros.
The first opening fell to Canales on the quarter hour mark. Iker Casillas's clearance went straight to the teenager but with an open goal he lobbed his shot wide.
Real were looking dangerous and Ronaldo won a penalty on 23 minutes with several step-overs confusing defender Jose Moraton who clipped the Portuguese star and the winger went down easily to win the spot-kick.
Ronaldo converted the penalty with a fierce drive to the left for his 18th goal of the season.
Racing had failed to score in their last four outings against Madrid and have the worst home record in the league so the omens didn't look good for the hosts.