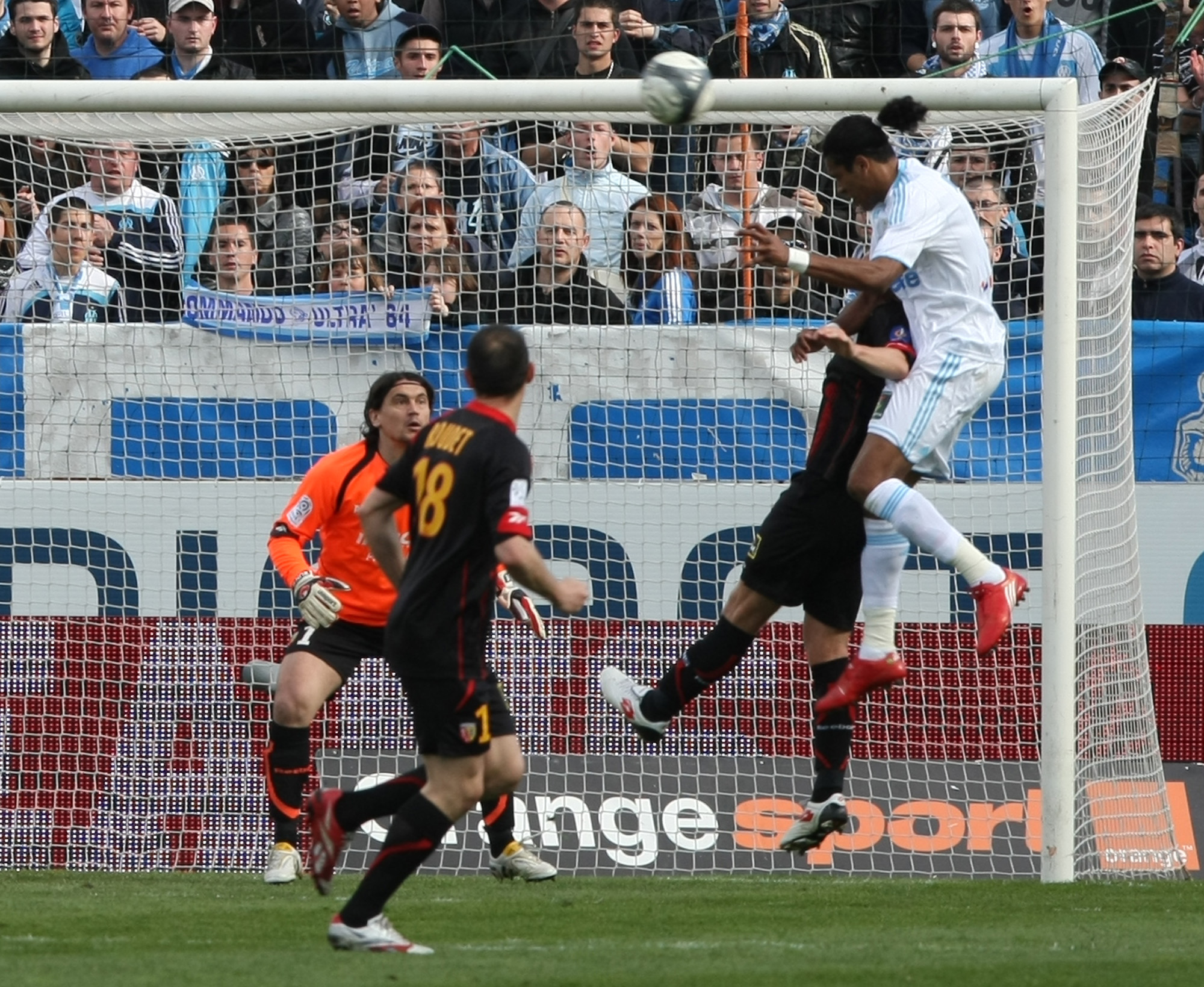 Marseille overcame being reduced to 10 men to defeat Lens 1-0 on Sunday to hammer home their French league title credentials, just a week after they snapped a 17-year silverware drought.
Marseille, who lifted the League Cup last weekend, moved into fifth spot, just a point behind leaders Lyon and, like fourth-placed Bordeaux, boosted by the luxury of having two games in hand.
Lyon have 57 points and lead the way on goal difference ahead of Montpellier and Auxerre who both missed opportunities to take pole position after 0-0 and 1-1 draws against Monaco and Paris St Germain respectively.
Brazilian striker Brandao grabbed the only goal in the 22nd minute for Marseille when he leapt above Lens defender Romain Sartre to head in a perfect cross from Lucho for his eighth league goal of the campaign.
Marseille coach Didier Deschamps admitted the match had not been pretty as they played the last 15 minutes a man down when Stephane Mbia was red-carded for a push on Issam Jemaa.
"It wasn't our best match, but the job was done," said the former World Cup winner. "The most important was the result, above all at this point in time.
"It wasn't long ago that we were 11 points behind. It will be a race right until the end."
On Saturday, Lyon returned to the top after coming back from a goal down to defeat Rennes 2-1 and depose Champions League quarter-final opponents Bordeaux who lost 2-1 at home to Nancy.
Lyon coach Claude Puel gambled by resting a number of key players ahead of Wednesday's all-French Champions League second leg clash, where they will be defending a 3-1 lead.
With Cris and Jeremy Toulalan on the bench, Lyon slipped a goal down after just 14 minutes when Ghanaian international Asamoah Gyan found the net following Jimmy Briand's shot coming back off the post.
Brazilian midfielder Michel Bastos levelled for Lyon in the 52nd minute before Argentine center-forward Lisandro headed in a 61st-minute winner from Ederson's cross.
It was Lisandro's 13th league goal of the season.
"It's not important to be first in the table, not with this schedule. For us, the most important thing was to win," said Puel.
"It's important to continue to have ambition in this championship. It was a match between two Champions League games, so I say 'bravo' to the players who showed their desire and quality."
Bordeaux coach Laurent Blanc, with one eye on the midweek Champions League clash, started with star striker Maroune Chamakh on the bench and the decision quickly backfired when Youssouf Hadji gave Nancy a 17th-minute lead.
Argentine striker Fernando Cavenaghi levelled 10 minutes later, but Issiar Dia made sure of the three points 20 minutes from time with a fine piece of individual skill.
The striker took the ball on a mazy 30-meter run, dribbling past central defenders Mathieu Chalme and Carlos Henrique before calmly beating Cedric Carrasso in the Bordeaux goal.
In Sunday's late game, Auxerre would have gone top if they had defeated PSG.
Romanian midfielder Daniel Niculae gave them a 10th-minute lead but Younousse Sankhare levelled for PSG just six minutes later.