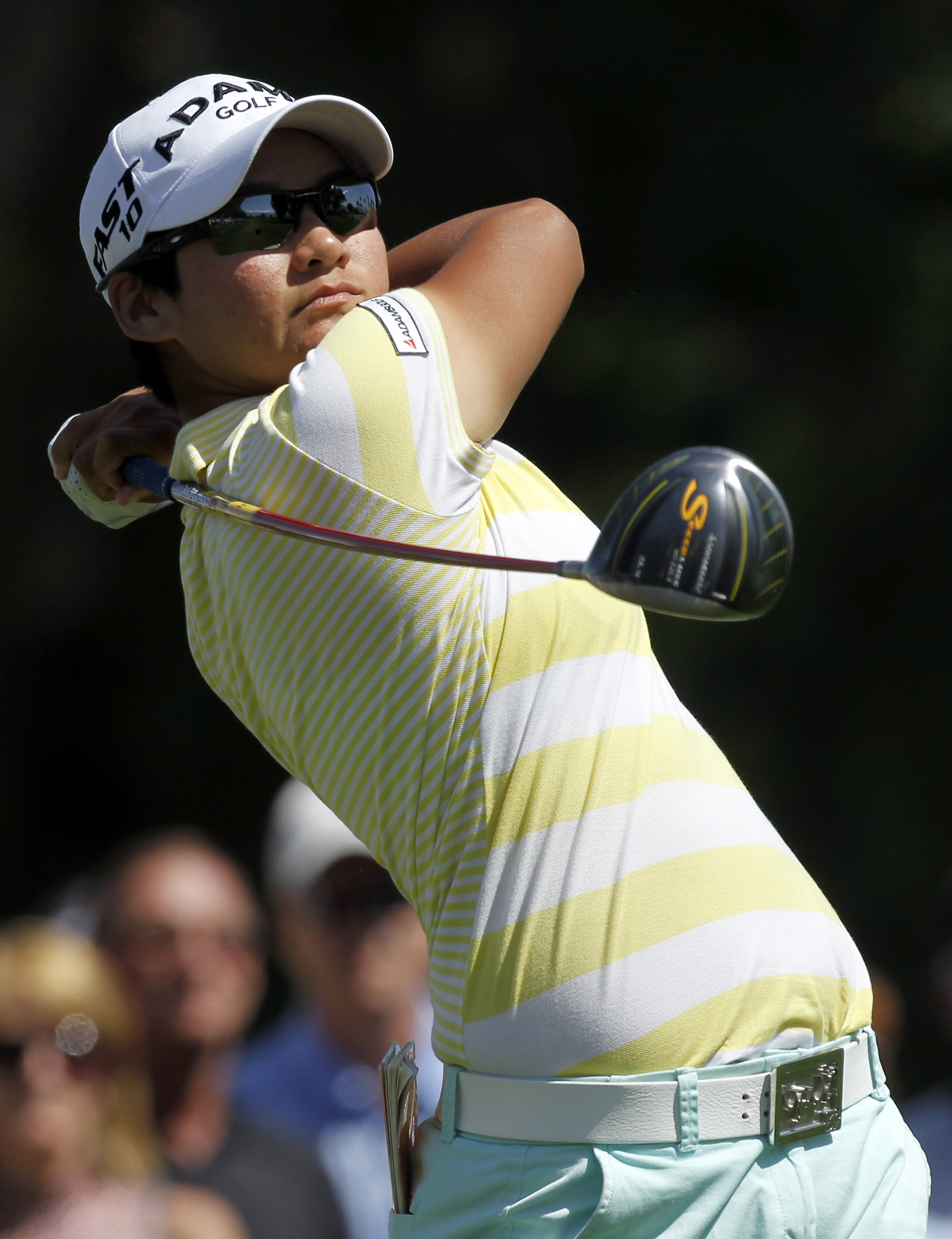 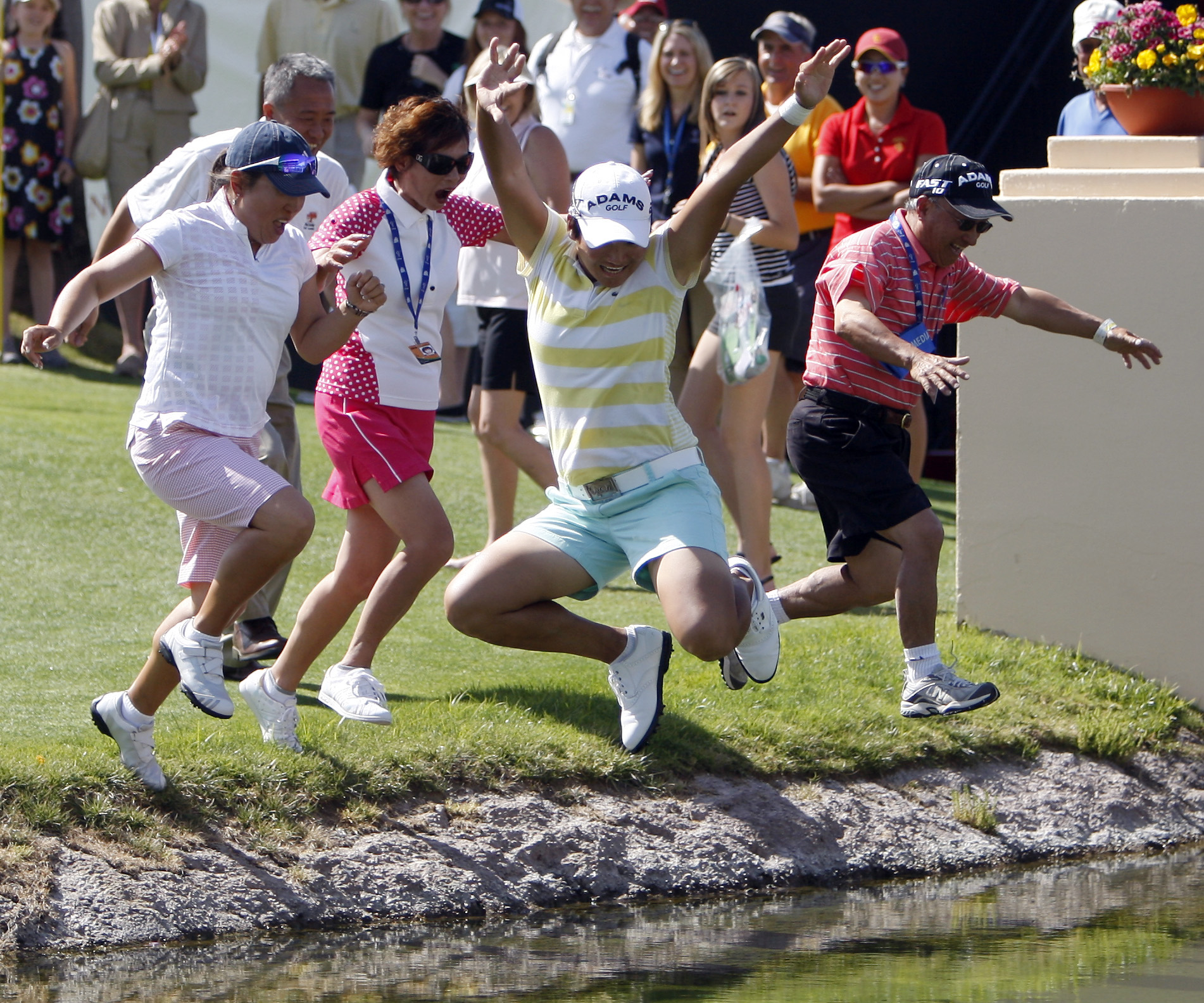 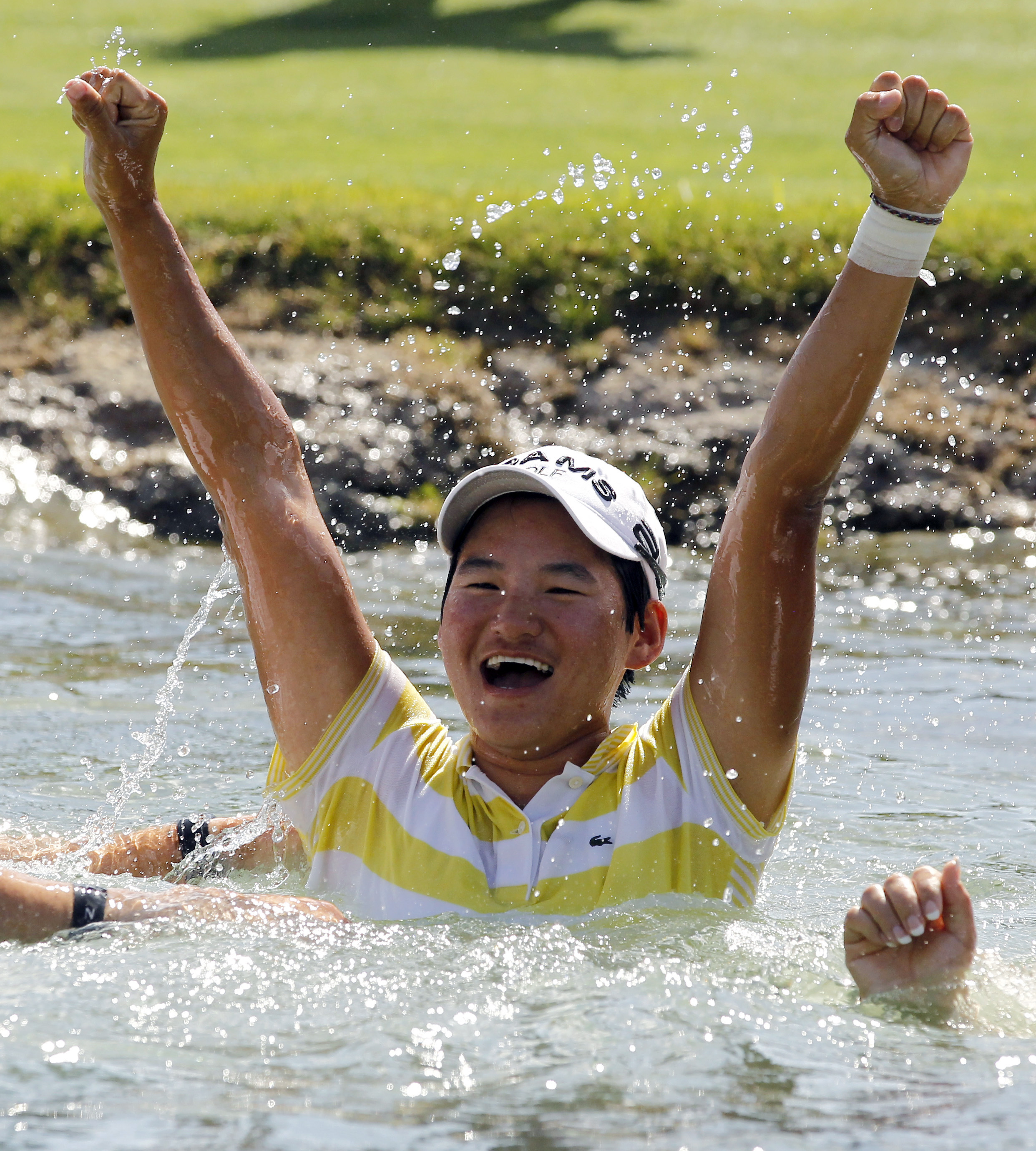 Taiwan's Yani Tseng chipped in for eagle at the second hole and went on to win the LPGA Kraft Nabisco Championship Sunday, capturing the second major title of her career.
Tseng carded a 68 for a 13-under total of 275 and a one-shot triumph over Norway's Suzann Pettersen.
Tseng, who started the day tied with Pettersen, one shot behind overnight leader Karen Stupples, got the jump on the star-studded field when she chipped in for eagle at the 521-yard, par-five second.
England's Stupples birdied the second, but Tseng seized the lead with a birdie on the par-four third that moved her to 12-under.
After that, "I knew today's going to be my day," Tseng said.
"Yani got off to a flying start," said Pettersen, who won the 2007 LPGA Championship. "She played great today and she deserved to win."
Pettersen had a chip for eagle on 18 that stopped just inches from the cup. Her birdie to complete a 69 wasn't quite enough.
Tseng then took the title when she tapped in for par on the final hole.
She was joined by several friends in taking the traditional plunge into Champion's Lake.
Tseng won the 2008 LPGA Championship as a rookie, when she outlasted Sweden's Maria Hjorth in a four-hole playoff. Two of her three LPGA tour victories have come in major championships.
Pettersen had some opportunities on the back nine, but couldn't convert birdie chances on 13, 14 and 15.
Her birdie at 16 left her two adrift.
It was another heart-breakingly close finish for Pettersen in this event.
She tied for second in 2007 and '08, and tied for fifth last year.
"Yeah, just collect them up," Pettersen said. "It's starting to feel like it owes me one very soon."
Second-round leader Song-Hee Kim of South Korea carded a 70 for third place, four shots off the lead.
World number one Lorena Ochoa of Mexico, who won the title in 2008, closed with a disappointing 73 and finished fourth.
Stupples, the 2004 Women's British Open champion, finished in a tie for fifth after a difficult final round that included three double-bogeys.
Stupples posted a double-bogey six on the sixth, where her approach found the water in front of the green.
She took another double at the 15th, and she dropped two shots at the last where she was in the water off the tee.