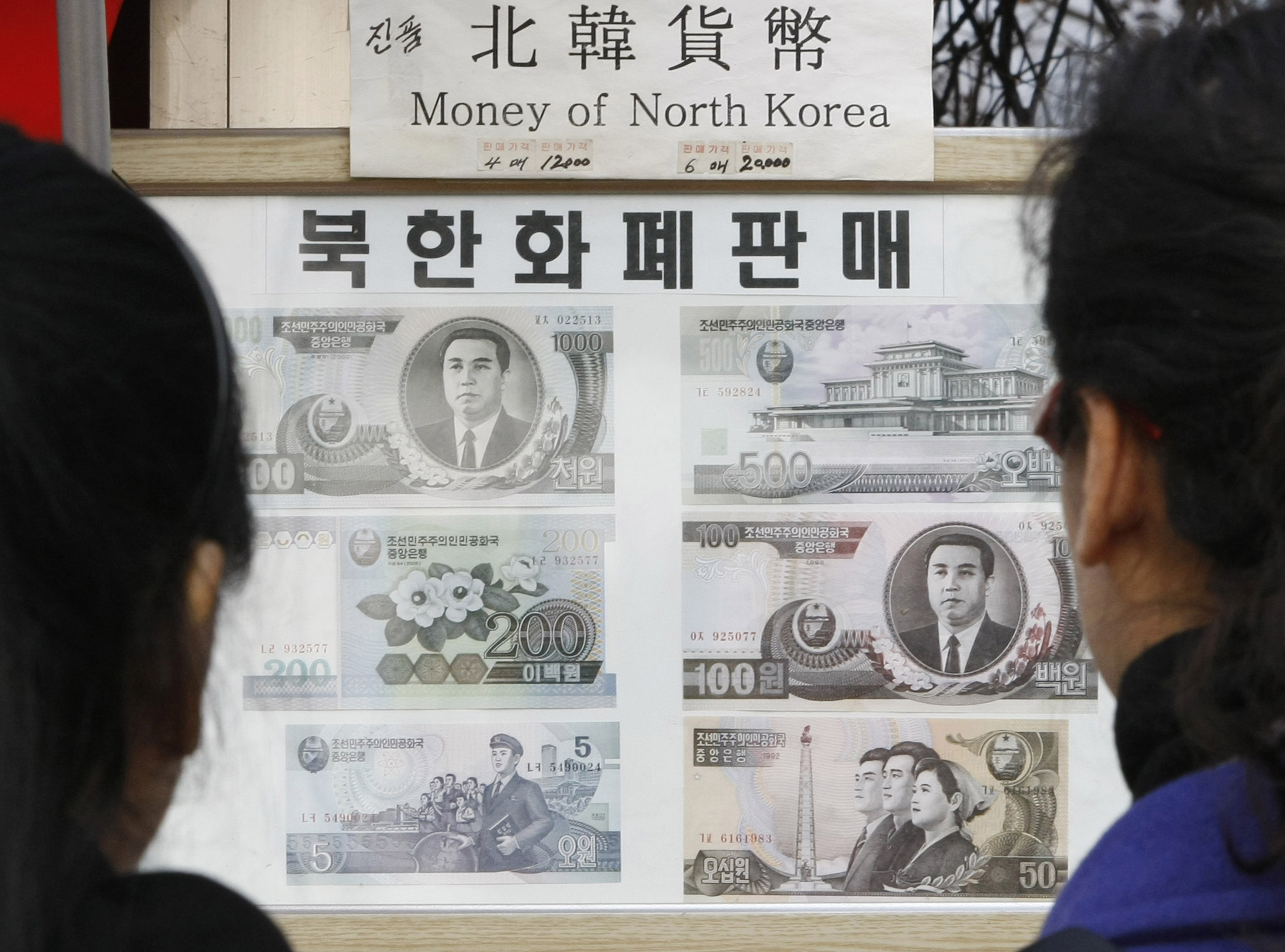 North Korea executed two senior economic officials last month - not one as previously reported - over a botched currency revamp that forced markets to close temporarily and fueled social tensions, a media outlet that specializes in the North reported.
The communist North redenominated its won in December as part of efforts to fight inflation and reassert control over its burgeoning market economy. That reportedly sparked unrest after many North Koreans were stuck with piles of worthless bills. A government economist said last week markets were forced to close for several days due to problems setting prices.
The two officials were executed by firing squad March 12 at a stadium in the North Korean capital, Pyongyang, before an audience of members of the ruling Workers Party and finance officials, the Seoul-based Daily NK reported Sunday, citing a source in Pyongyang it did not identify.
South Korea's Unification Ministry, which handles relations with the North, and the National Intelligence Service said they could not immediately confirm the report.
The officials were the ruling party's finance and planning department chief who spearheaded the reform, Pak Nam Gi, and a vice chief of the State Planning Commission, Daily NK said. Pak's execution was reported last month by other South Korean media but there has been no official confirmation. The agency did not have the name of the second official. The report was the first to give a date and location of Pak's execution. The Daily NK said it could not provide other details, including whether its source saw the execution firsthand, citing concerns about the source's safety. The outlet was one of the few North Korea monitoring agencies that broke the news of the currency reform.
It is not unprecedented for Pyongyang to execute officials for policy failures. In the 1990s, North Korea publicly executed a top agricultural official following widespread starvation.
Pak was arrested in late January at the end of a three-day meeting in Pyongyang on the currency revamp, the report said. It said a judge called Pak a "traitor that plunged the people's life into distress" just before the execution.
North Korea is one of the world's most isolated nations and its radios and TV sets receive only broadcasts by state media. One way monitoring agencies in Seoul get information from sources in North Korea is via illicit mobile phones that connect to networks in neighboring China.
Senior North Korean economist Ri Ki Song told broadcast APTN last week that markets closed temporarily after the redomination but later reopened as the economy stabilized. Speaking in a rare interview, Ri denied reports of social upheaval following the change.