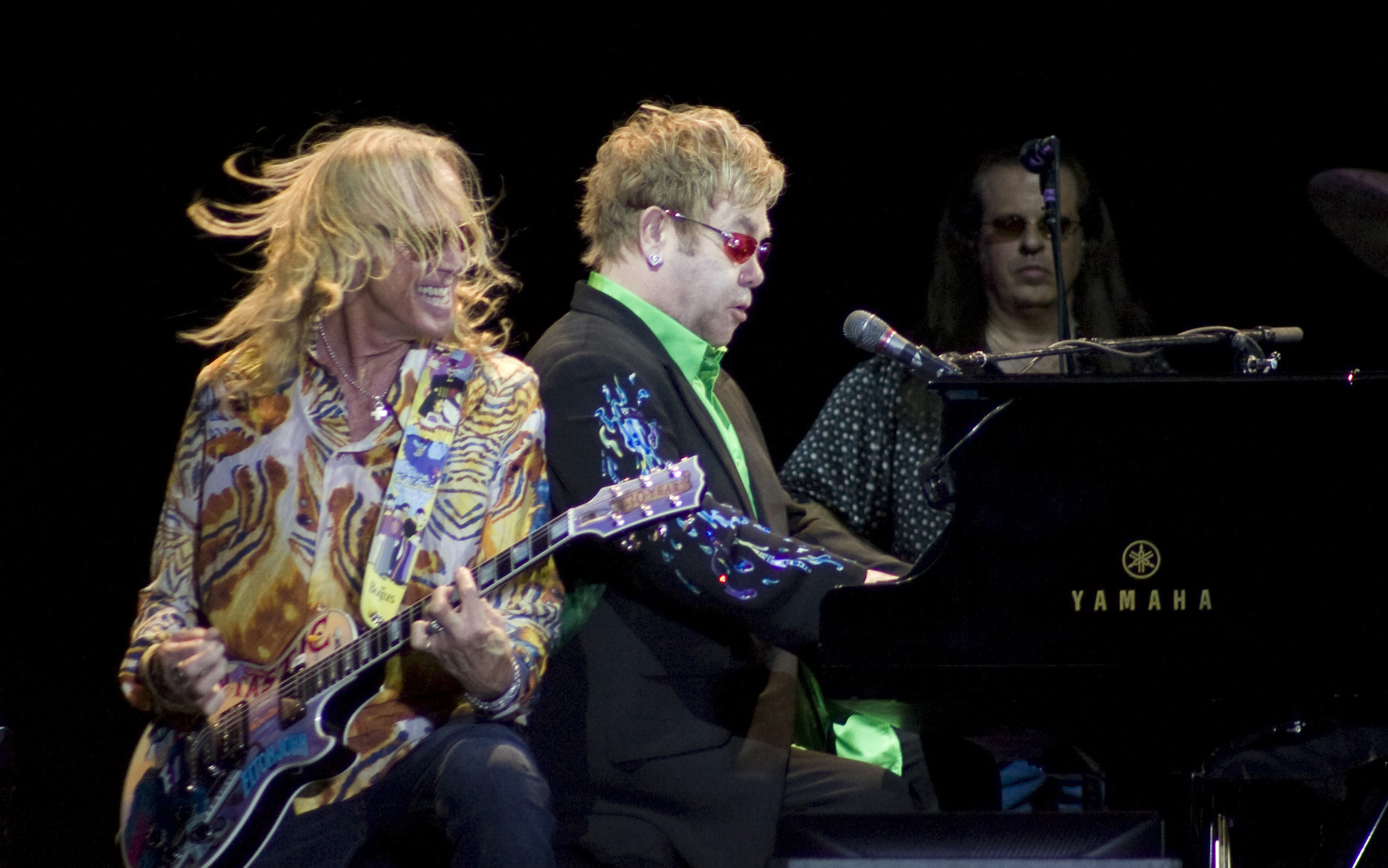 Part of the stage being set up for a weekend concert by singer Elton John at Mexico's famed Chichen Itza ruins collapsed during construction, injuring three workers, authorities said Thursday.
Two of the workers were treated for slight injuries and released, and the third was hospitalized with a broken leg. The British singer was not present when the accident occurred Wednesday night. "There has been no discussion of canceling the event" scheduled for Saturday, said Francisco de Anda, a spokesman for Mexico's National Institute of Anthropology and History.
The institute said there was no damage to the 1,200-year-old Mayan ruins. De Anda said the stage was put up at a distance from the pyramid and temples, precisely to avoid any potential damage. De Anda said the upper lighting rails of the metal structure collapsed onto the stage area.
The rails are used to hold spotlights and other technical equipment. He said outside experts had been called in to review the structure to ensure it could be safely installed.
Some Mexicans have opposed holding concerts at the ruin site, claiming it demeans their cultural significance and endangers the stone structures.
More than a half dozen concerts have been held at Chichen Itza since Luciano Pavarotti sang there in 1997. In 2008, tenor Placido Domingo drew about 4,000 spectators to a concert without incident.
Chichen Itza was named one of "New Seven Wonders of the World" in 2007.