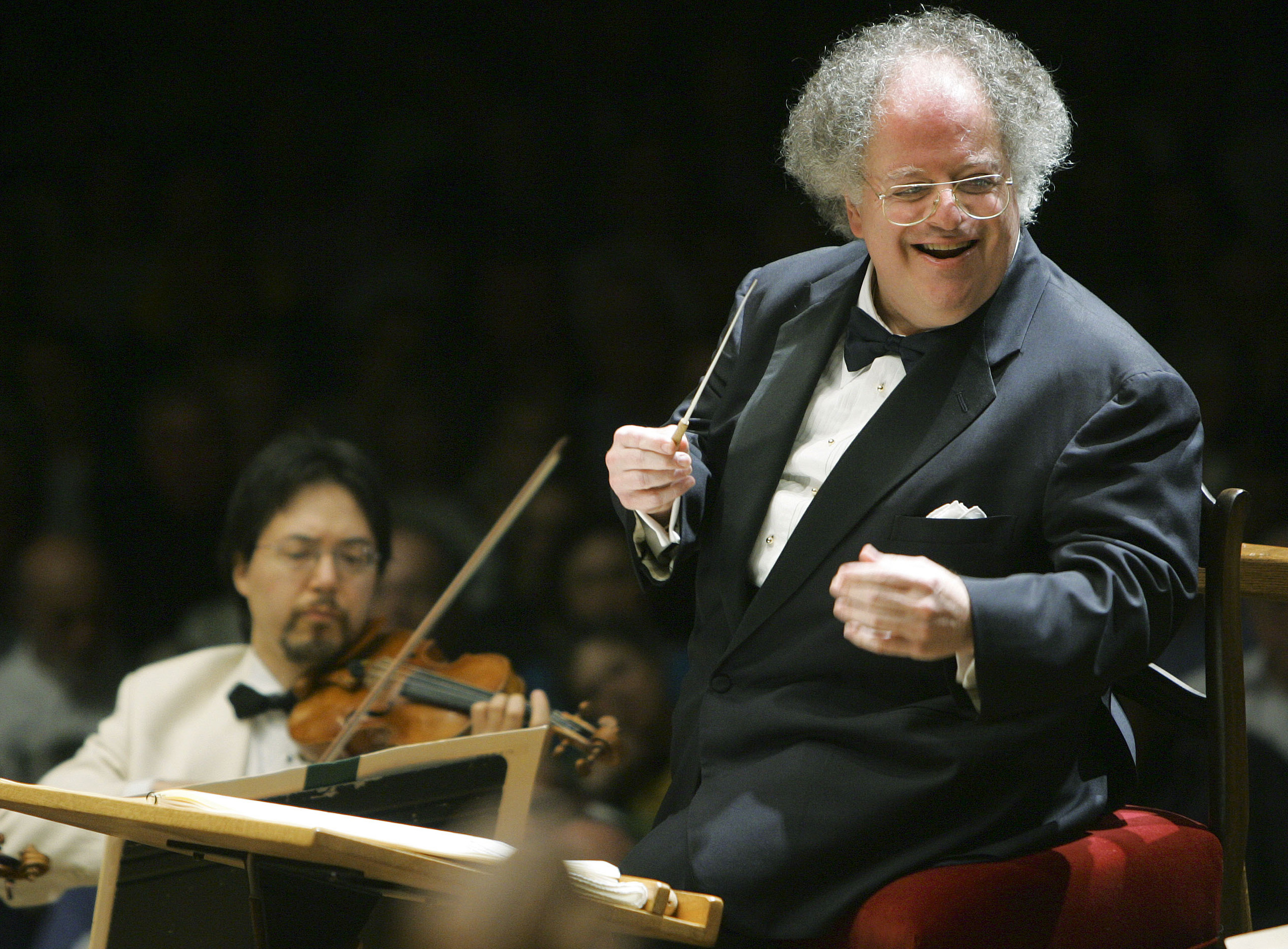 Conductor James Levine will have a second back operation and will miss the rest of his increasingly diminished Metropolitan Opera season.
The 66-year-old, who is the music director of the Met and the Boston Symphony Orchestra, had surgery last fall to repair a herniated disk in his back and returned to the podium Dec. 3.
The Boston Symphony Orchestra announced March 22 he would miss three weeks, his final programs at Symphony Hall this season, because of back problems. The Met said Sunday he will have corrective surgery on his lower back and had withdrawn from four performances of Puccini's "Tosca" and a three-performance revival of Berg's "Lulu." He will be replaced by Fabio Luisi.
Levine, known for decades for leading much of the Met season, conducted just 11 performances at the opera house in Lincoln Center for the Performing Arts this season plus four concerts with the Met orchestra and its chamber ensemble at Carnegie Hall.
He remains scheduled to conduct the Boston Symphony Orchestra in Mahler's "Resurrection" symphony on July 9 at the opening of its Tanglewood summer season in Lennox, Mass., the first of several weeks of programs he is to lead there.
Levine is due back at the Met to conduct a new production of Wagner's "Das Rheingold" on Sept. 27, the opening night of a 2010-11 season that marks the 40th anniversary of his debut with the company in June 1971.
Levine has missed performances for a series of ailments in recent years. He tore his rotator cuff in March 2006 when he tripped and fell on the stage of Boston's Symphony Hall during ovations, and his right kidney was removed in July 2008 because of a malignant tumor.
A hand tremor that was evident in the late 1990s appears to have disappeared.