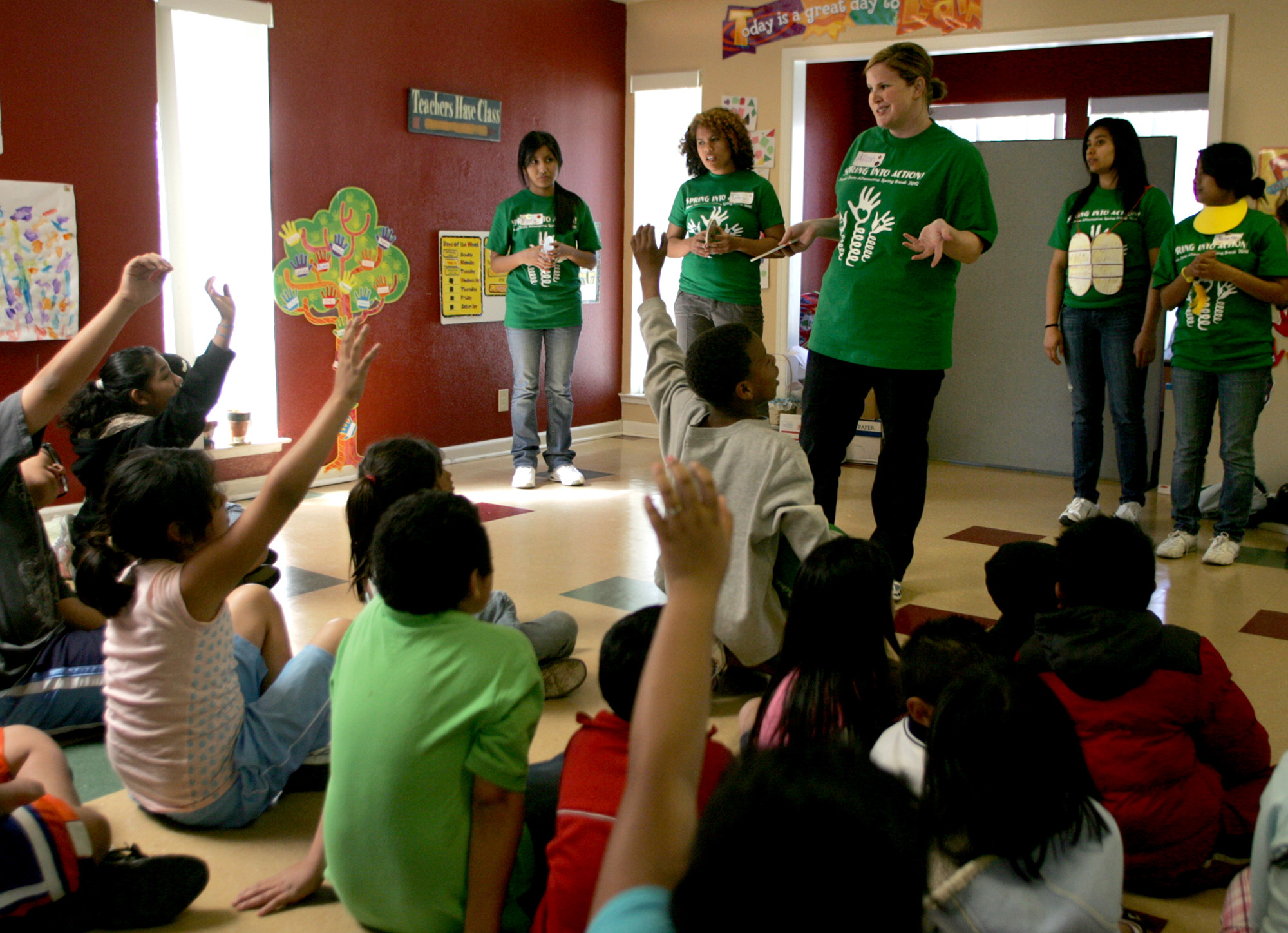 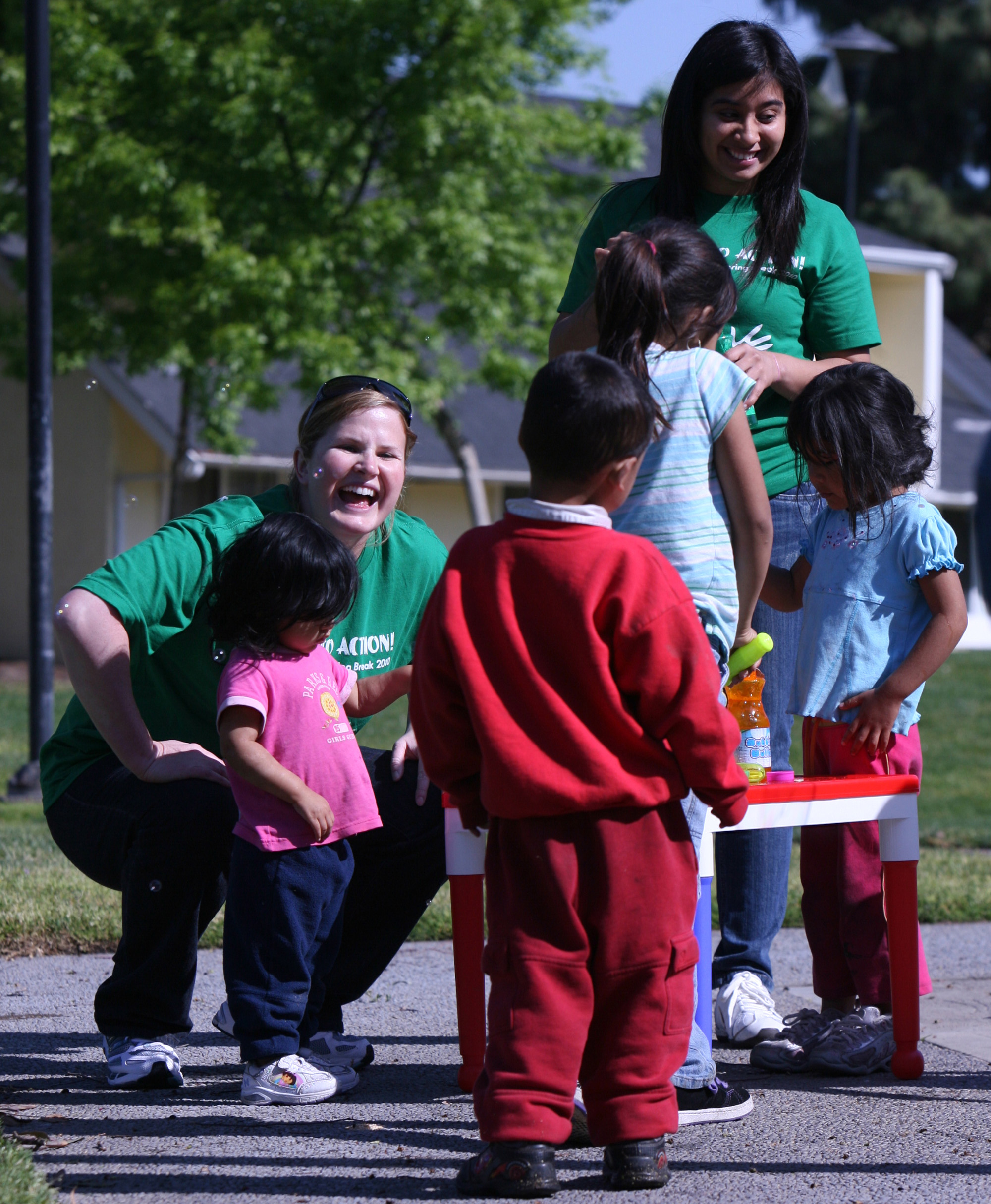 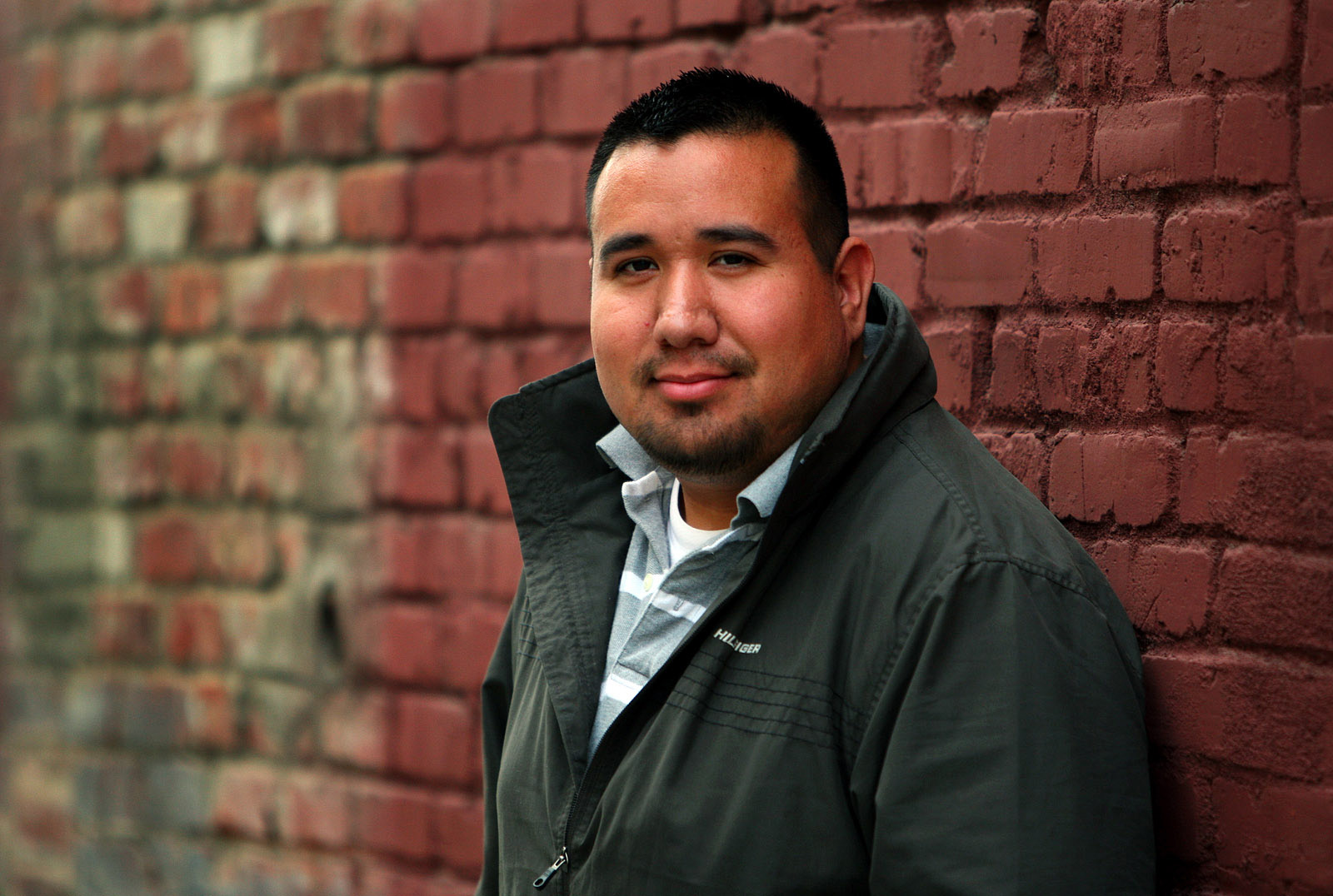 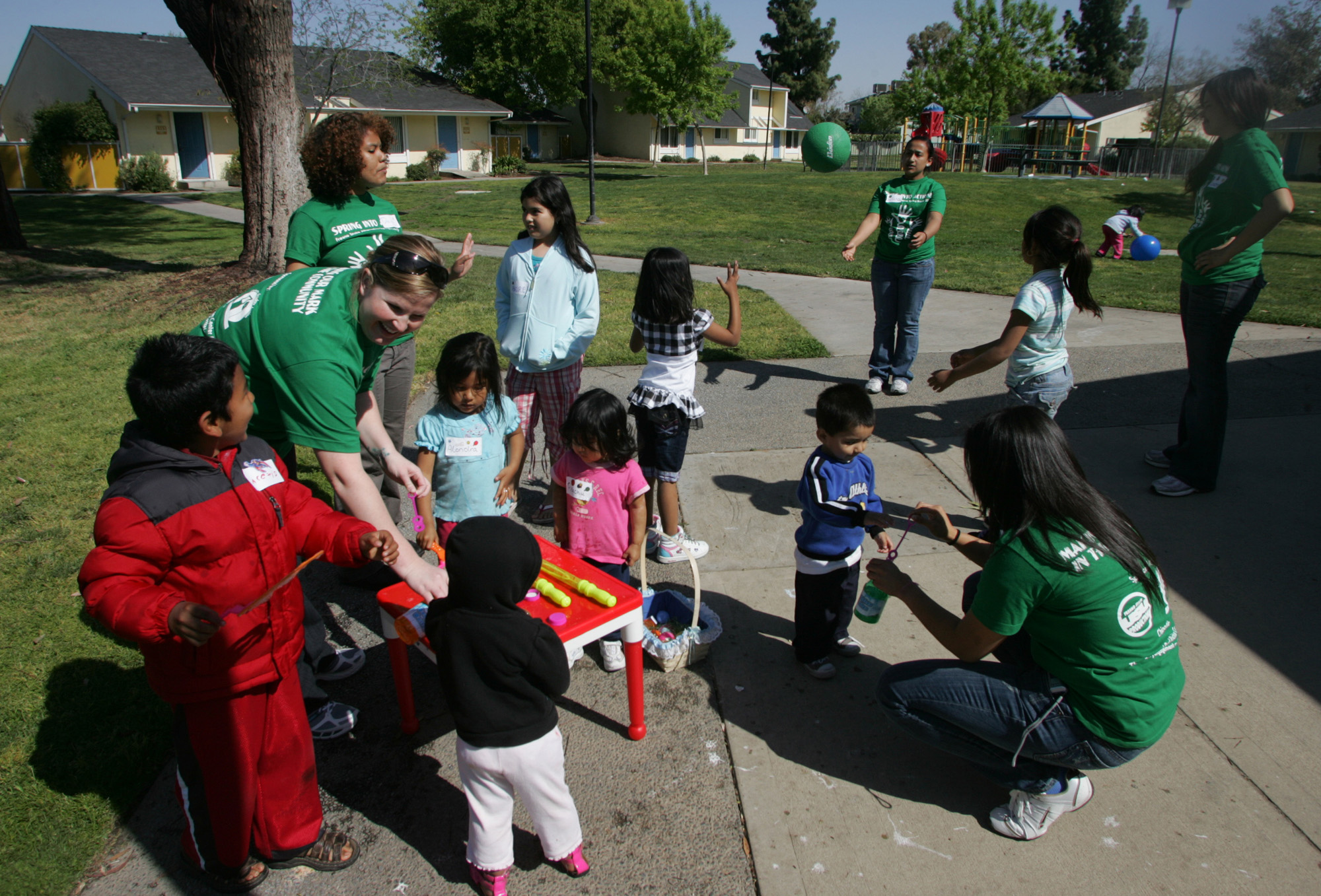 Most years, Jonathan Munoz spends time with family in Stockton, Calif., during his spring break from Fresno State.
But since Saturday, he has been volunteering instead at a southwest Fresno, Calif., apartment complex - distributing books, helping with movie day, overseeing craft activities and more.
"This is my first time actually planning my spring break to be centered around community service," said Munoz, 25.
He's not the only student with charitable plans. This year, an estimated 72,000 college students around the country are expected to skip the traditional sun-soaked romp in favor of an alternative spring break.
The weeklong volunteer or community service ventures - usually offered through universities or nonprofit organizations - range from rebuilding houses along the Gulf Coast to restoring native plants and shrubs in national parks.
Experts acknowledge that alternative spring breaks can appeal to students who want to travel or polish resumes for graduate school. But altruism - and the call to community service by President Barack Obama and others - also are powerful factors.
"Young people in general are looking to do something more constructive," said Kevin Hamilton, vice president of the Student Conservation Association, a Charlestown, N.H.-based nonprofit that sponsors alternative breaks in the Grand Canyon.
At Fresno State, the alternative spring break program this year is still small - about 20 students - and involves two projects over four days. It expands last year's pilot program.
Some say the alternative break is a natural fit for a campus that already bucks much of the booze-and-beach stereotype. Fresno State students tend to be older and often juggle school with jobs and families.
Many students rest or work extra hours during spring break, said Mellissa Jessen, assistant director of the university's Jan and Bud Richter Center for Community Engagement and Service-Learning. But others volunteer.
Student Daini Vargas, 21, of Los Angeles said she usually performs community service during spring break, figuring "I have the whole summer to do fun-in-the-sun activities."
This is the first year she is part of a structured program during the Fresno State break, which runs through April 5.
Both Munoz and Vargas, a junior studying biology, are working with the Fresno Street Saints at the Bigby Villa Apartments in southwest Fresno.
Joseph Oloo is the volunteer coordinator with the Fresno Street Saints, an organization working to improve the quality of life in that area. He said students were instrumental in planning the program that started Saturday.
"They really came in at the right time," he said. "It's a huge help for us."
Other students are working at Rotary Storyland in Roeding Park. Barry Falke, executive director of Rotary Storyland and Playland, said they will paint, spruce up displays and perform other maintenance.
"When I was in college, I'm not so sure I would have given up my spring break," Falke said. "I have tremendous respect for them."
Officials with Break Away, an Atlanta-based nonprofit organization working with 130 campuses, said participation in alternative breaks is expected to swell from 65,000 students last year to 72,000 students this year.
Samantha Giacobozzi, programs director at Break Away, said the breaks are "a way to really learn and dig down deep into a social issue and provide a needed service to that community."
While some students travel internationally during spring break, many colleges now are shying away from some destinations - such as Haiti. Giacobozzi said the earthquake-stricken country isn't ready yet for student volunteer teams.
Some universities also are staying away from Mexico, she said. The U.S. government has issued a travel warning because of recent violence there.
Competition is fierce even for domestic trips. Hamilton said the Student Conservation Association drew "five times as many applications as we had positions" in just a few days.
The association places about 100 college students in alternative break programs. Each is sponsored by American Eagle Outfitters, but many students on alternative breaks must pick up the tab.
At the University of Southern California, scholarships helped pay for trips that ranged from a few hundred dollars to more than US$1,000. Even so, students had to come up with more than 80 percent of the money, said Melissa Gaeke, director of the volunteer center.
USC's break ended March 22. The center offered 10 trips - up from six a few years ago - with nearly 140 students taking part.
Munoz, the Fresno State student, shares the volunteer spirit. After finishing a bachelor's degree in history and Chicano and Latin American studies, he now is working on a certificate in grant-writing and nonprofit management.
He said he doesn't mind giving up a free week. The beach really never crossed his mind.
"I'm not that kind of person," he said.
Cyndee Fontana is a McClatchy Newspapers writer.