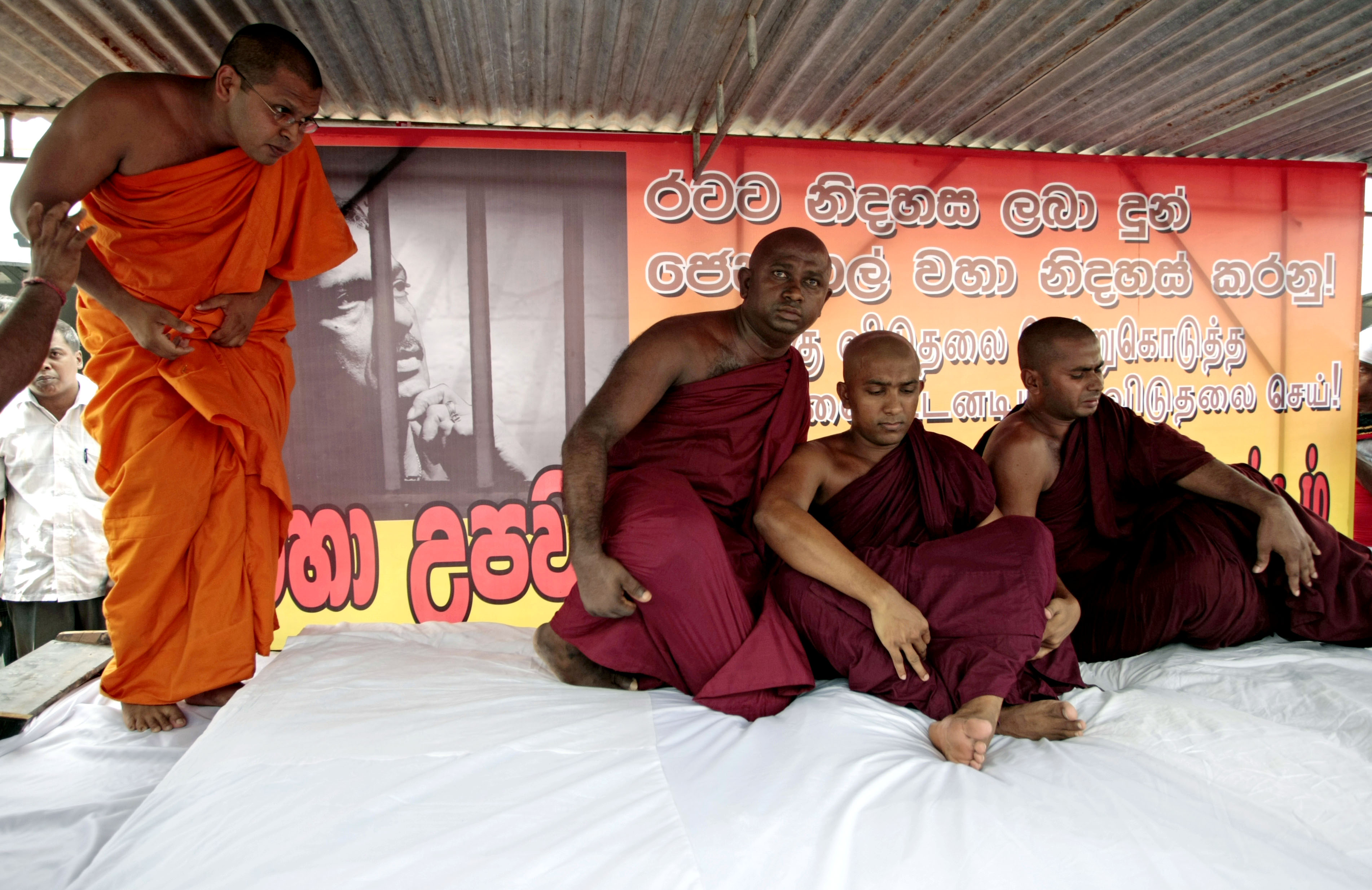 Police yesterday forcibly removed four Buddhist monks who were holding a hunger strike outside the country's main railway station to demand the release of Sri Lanka's detained opposition leader, an aid to the monks said.
Nuwan Bopage said police forced the monks to leave a platform at a bus stop outside the main railroad station in the capital of Colombo where they were holding their hunger strike. The area outside the station is often used by activists for protests, partly because of the large numbers of people who pass by.
He said police officers did not explain why the monks had to move. Police spokesman Prishantha Jayakody said he did not have details of the incident.
The monks began their fast Sunday to demand the government release ex-army chief Sarath Fonseka. He was arrested and court-martialed after challenging President Mahinda Rajapaksa's re-election bid earlier this year.