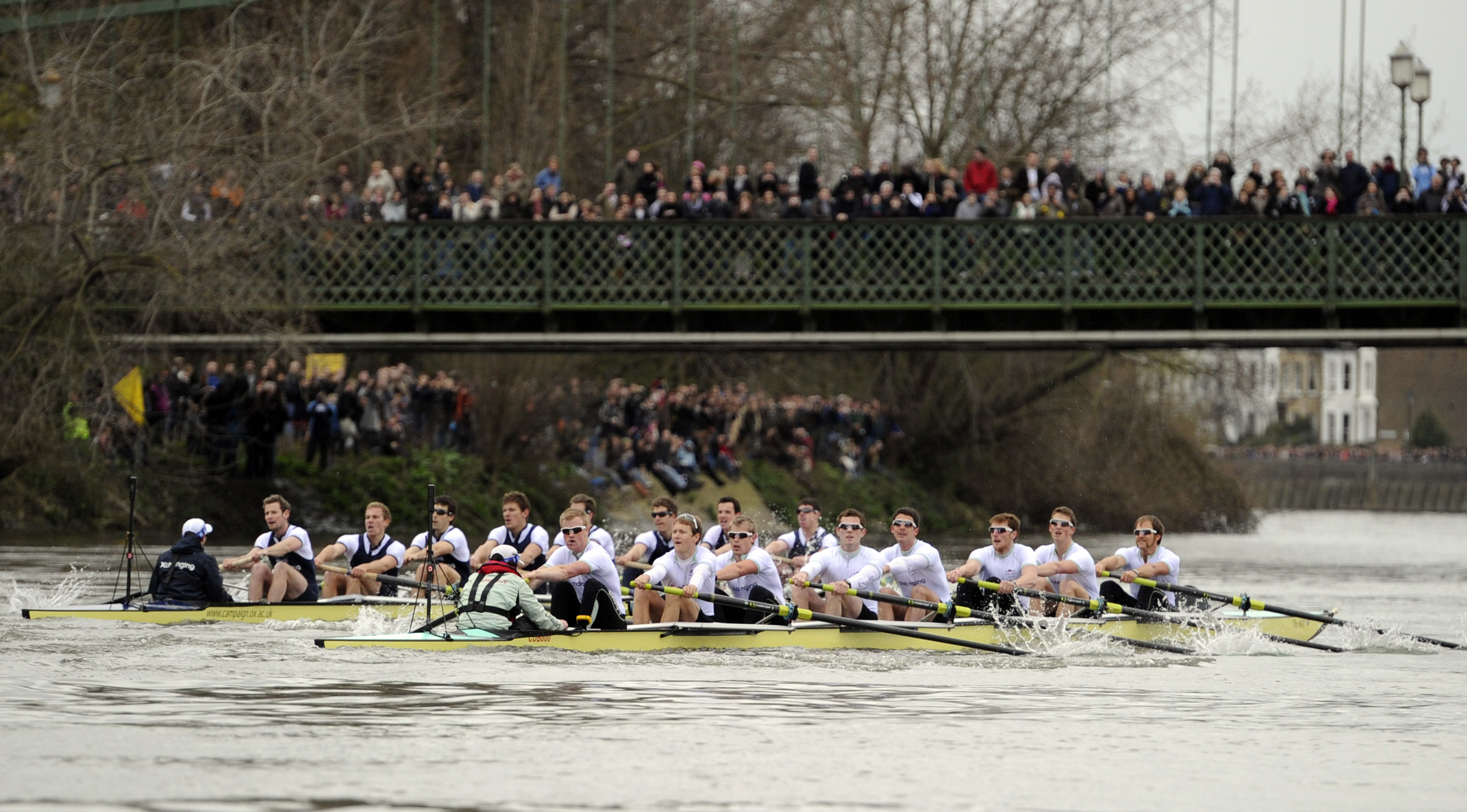 Barack Obama's "Yes We Can" slogan inspired Cambridge to defy the odds and beat Oxford in the University Boat Race, said their leader, who worked on the U.S. president's election campaign.
Cambridge crew president Deaglan McEachern said "Yes We Can" was his final message to his fellow oarsmen before they won the 156th Boat Race, beating their rivals for the first time in three years.
McEachern, a history student who worked as an intern on Obama's campaign, was on the losing side in last year's race but was always confident the Light Blues had what it took this time.
"I knew this crew had a chance to win and I told them to go out there and take it," the American said.
"All we really wanted was a chance to win. We went out there, executed what we had planned and trained for and came away with the victory.
"We proved we are a tough crew out there," the Hughes Hall student said. "The whole race is a confidence game."
In Saturday's race, Oxford won the toss and had the early lead on the River Thames but the Light Blues stayed in touch on a long outside bend then pulled clear towards the finish to win by a length and a third in 17 minutes and 35 seconds.
Cambridge now lead the world-famous annual duel between England's oldest universities by 80 wins to 75. The 1877 race was declared a dead heat.
For Oxford coach Sean Bowden it was a first defeat since 2007 and only his fourth in 12 years as Dark Blues coach.
"The guys are going to be absolutely devastated," he said.
"They gave it everything and believed they had a good chance to win and they'll just have to dig deep."
Oxford won the toss and chose to start on the southern Surrey side of the River Thames, a safer bet in the choppy conditions.
They opened up an early advantage on the first bend as they passed Craven Cottage, the home of Fulham Football Club, which should have favoured Cambridge on the Middlesex side.