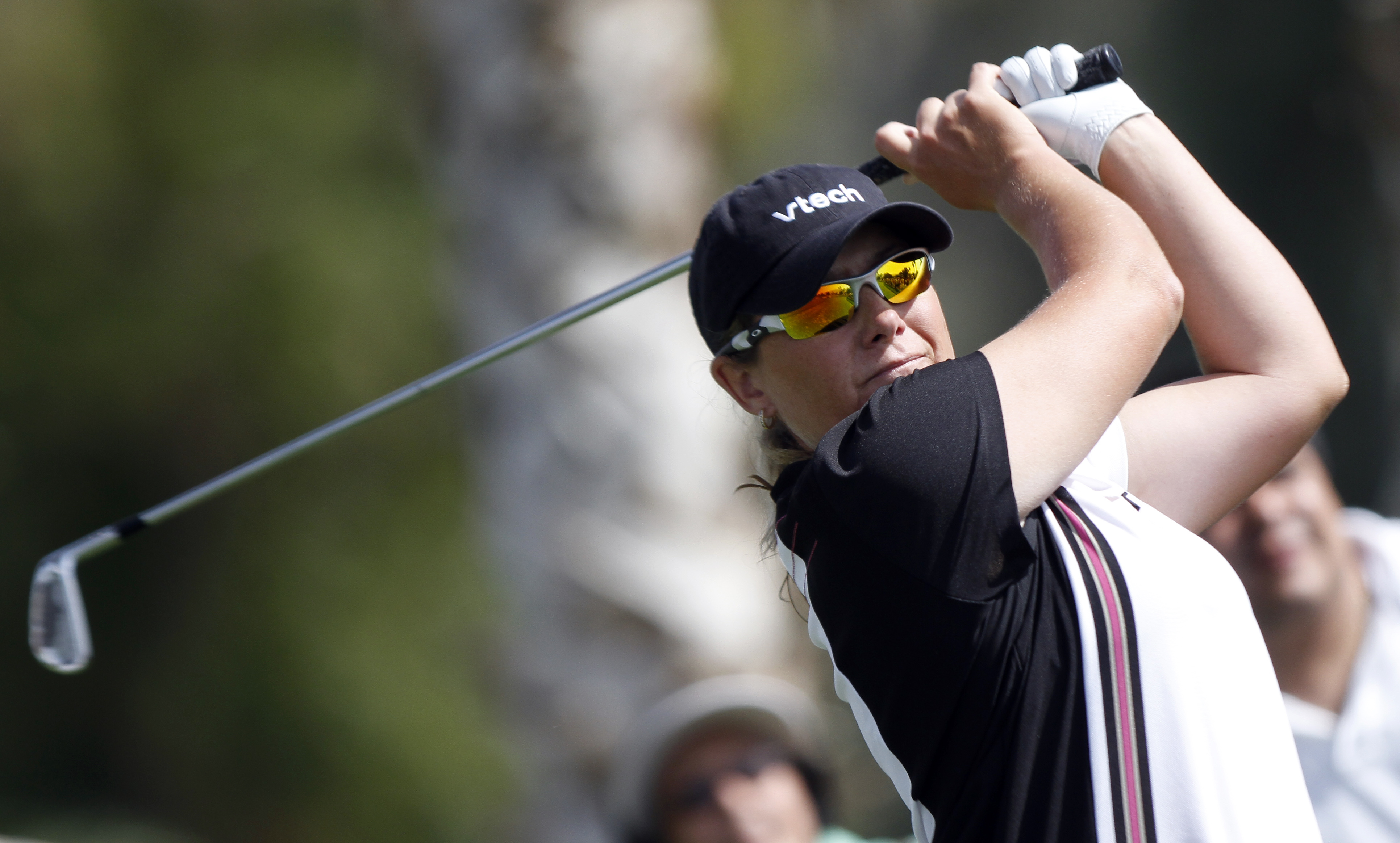 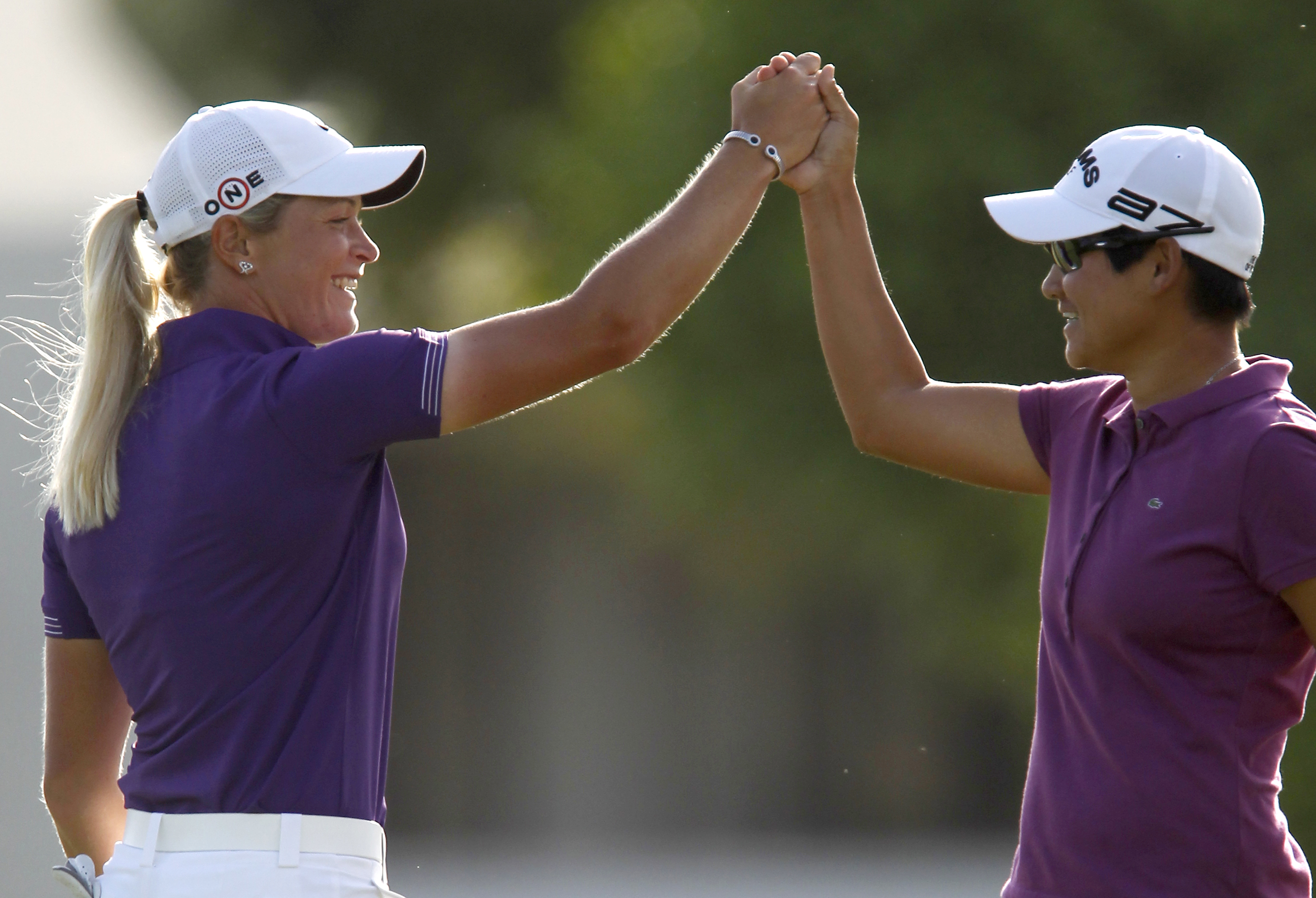 England's Karen Stupples rolled in six birdies Saturday to seize a one-stroke lead over a star-studded field heading into final round of the season's first major championship.
Stupples also had two bogeys in a four-under 68 to move to 10-under 206 total and top the LPGA Kraft Nabisco Championship leaderboard that features six other major winners within seven strokes.
"I was really excited, I mean why not?" she said. "Anyone could go out and bring it that day."
Stupples, who is the 2004 Women's British Open winner, nailed an uphill putt on No. 17 to post her final birdie of the round at the US$2 million event at Mission Hills golf course.
Former major winner Tseng Yani of Taiwan is just one shot back after firing a 67 Saturday to reach nine-under 207. She is tied with Suzann Pettersen who also shot a third round 67.
Mexico's Lorena Ochoa bounced back from a slow start with birdies on three of her last seven holes for a 71 to join second-round leader Kim Song Hee (72) at seven under.
Aussie Karrie Webb, Cristie Kerr and Grace Park also were in the top nine.
She said being nervous is a good thing and not something that bothers her on the course.
"Honestly, I don't think they can be any worse than they were this morning," she said. "In a way, all it will do is make me get out there and enjoy it (Sunday).
"Look who I've got chasing me. How could I not enjoy that? That's called life. That's fantastic. That's more exciting than I can even tell."
Four of her half dozen birdies came on the back nine as Pettersen shot her second 67 of the tournament.
"Just a few more fairways today than yesterday," the Pettersen said. "I put myself in good position to attack some of these pins. The course is drying up a little bit, so if you find the fairway somehow on the par 4s, you have fairly short clubs in your hands, so with certain pin positions, it feels like it's a green light to attack.
"It was a tough day yesterday, but I managed to hang in there and finish strong, and just continued to solid play today. So it's going to be a fun day tomorrow."
Norway's Pettersen has three consecutive top-five finishes in the tournament.
"I've played a lot of good golf around this track," she said. "Hitting the fairways sets up a lot on this golf course."
Grace Park said she shot her first 68 in at least a year.
"It feels great. Making the cut yesterday, I felt freer. And I've been struggling with some back pains the last few days, but today it definitely felt better."
American Michelle Wie remains in the hunt after her third straight even-par 71.