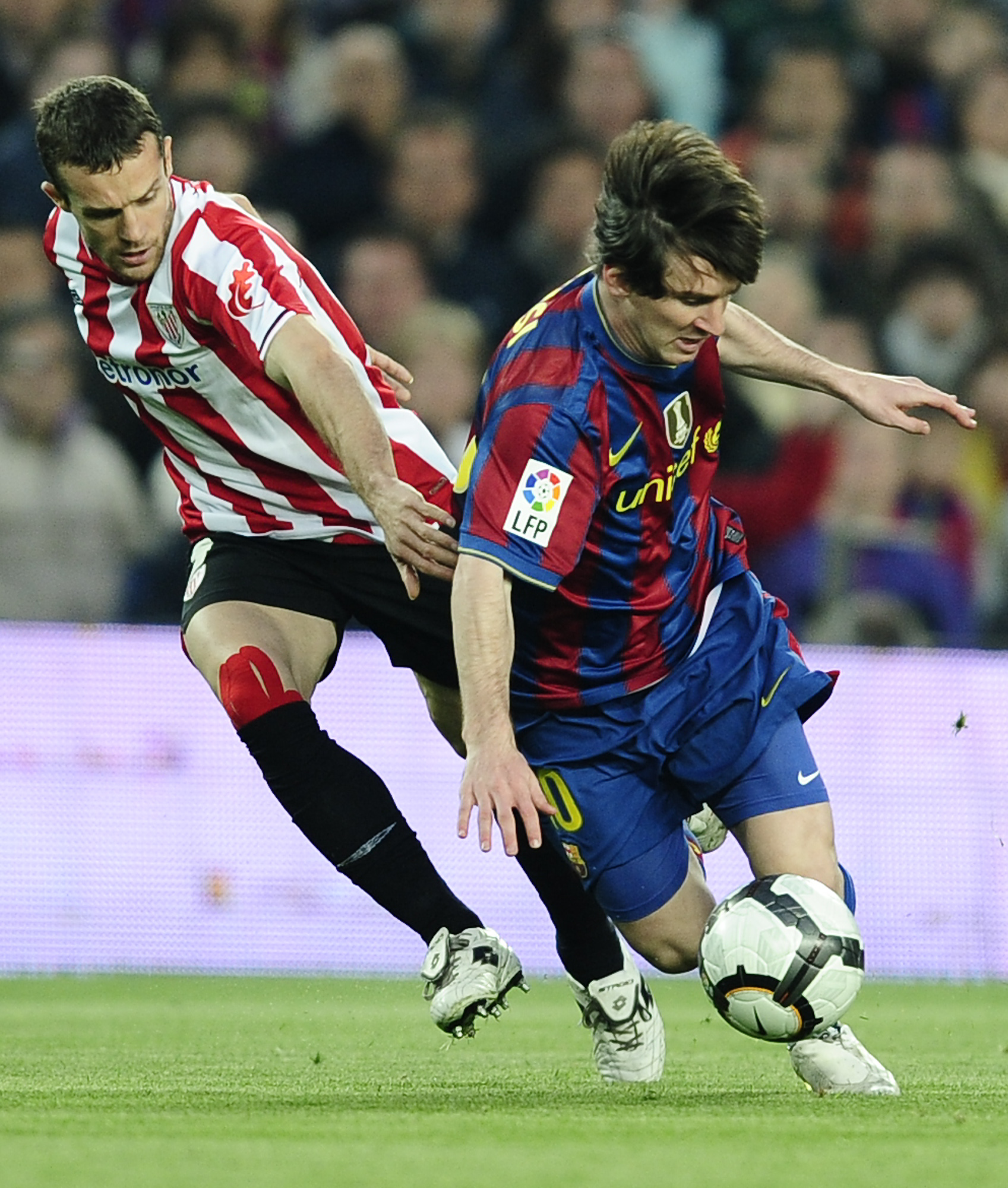 Champions Barcelona bushed aside Athletic Bilbao 4-1 on Saturday to return to the top of La Liga and open a three-point gap on Real Madrid who they face next week in 'El Clasico'.
Barcelona have a decisive week ahead of them with the Champions League quarter-final second leg at home to Arsenal on Tuesday and then a trip to Real four days later.
They enjoyed the perfect preparation on Saturday with three points and a convincing win that puts the pressure on Real Madrid to win at Racing Santander yesterday.
"Without doubt Tuesday's game (against Arsenal) is the most important of the season," said Barcelona coach Pep Guardiola.
"If we progress we can reach the end of the season with the chance to become league and European champions."
The 22-year-old Jeffren Suarez opened the scoring with his first goal of the season on 26 minutes before the 19-year-old Bojan stole the show with a brace either side of the interval.
"I am happy with the goals and three vital points," said Bojan. "Goals always give you confidence and if the coach needs me (against Arsenal and Real Madrid) I am ready."
Lionel Messi scored his 26th goal of the campaign to make it four after 66 minutes and Bilbao were desperate for the final whistle at Camp Nou.
Elsewhere Sevilla ended a run of six league games without a win defeating Tenerife 3-0 to go a point above Real Mallorca into fourth.
First half goals from Frederic Kanoute and Brazilian striker Luis Fabiano put the hosts in control as coach Antonio Alvarez tasted his first win in charge as Sevilla climbed back into the top four.