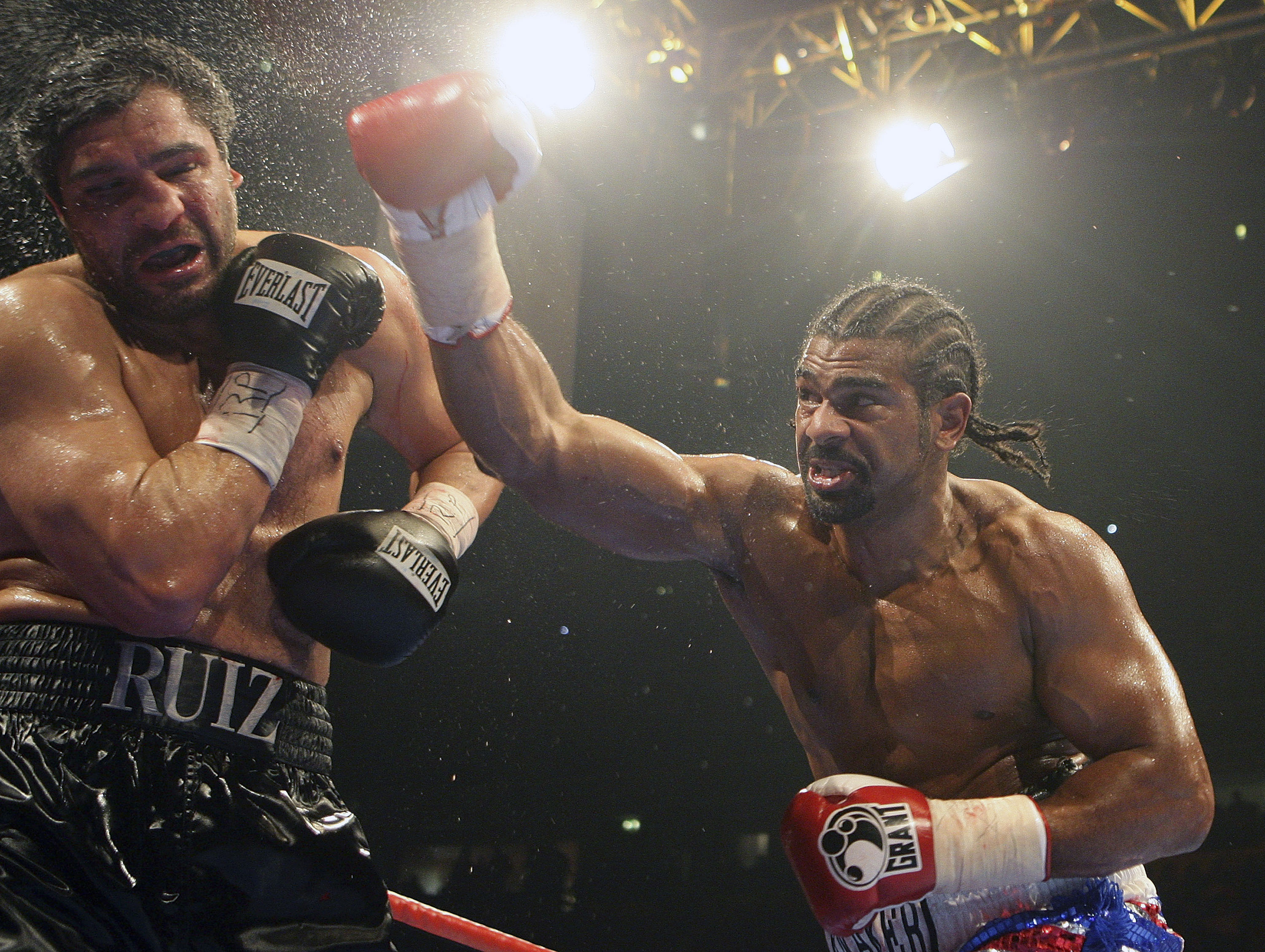 David Haye hopes he does not have to face giant Russian Nikolay Valuev in a rematch next after he retained his WBA world heavyweight title in a brutal ninth-round win over John Ruiz on Saturday. The British boxer made an emphatic first defense of the title he won from the towering Valuev in Germany last November when he sent Ruiz to the canvas four times before the American challenger's corner threw in the towel.
Haye wants to take on the Ukrainian Klitschko brothers, World Boxing Council (WBC) champion Vitali and International Boxing Federation (IBF) and World Boxing organization (WBO) titles-holder Wladimir, in unification title fights between rival world champions.
However, there was a rematch clause as part of the contract Haye signed to fight Valuev and the WBA champion may be asked to grant the 7ft 2ins (2.18m) Russian a chance at regaining the title.
Haye was not keen on the idea after calling the Ruiz victory the most satisfying of his career, which has also seen him reign as world champion at cruiserweight.
"I want to unify the division and win the other titles and it's my duty to make the best possible fights out there," Haye said. "Given the option, no I don't want my next fight to be against Valuev. We'll take a few days off and then do some talking. "I thought I was in control the whole way through against Ruiz but we knew he would keep coming and coming. "I got more satisfaction from that fight than the Valuev win because it was on home soil. I had all my people there and it was a great atmosphere."
Haye, 29, brought a sell-out crowd of 19,000 at the MEN Arena to their feet in the first round when Ruiz crumpled to the canvas under the force of a straight right to the forehead.
Ruiz slumped to the canvas via the ropes later in the first round but Haye was deducted two points for hitting the challenger on the back of the head on the way down.
It did not matter as Ruiz was deposited back on the canvas in the fifth and sixth rounds before his corner had seen enough in the ninth.