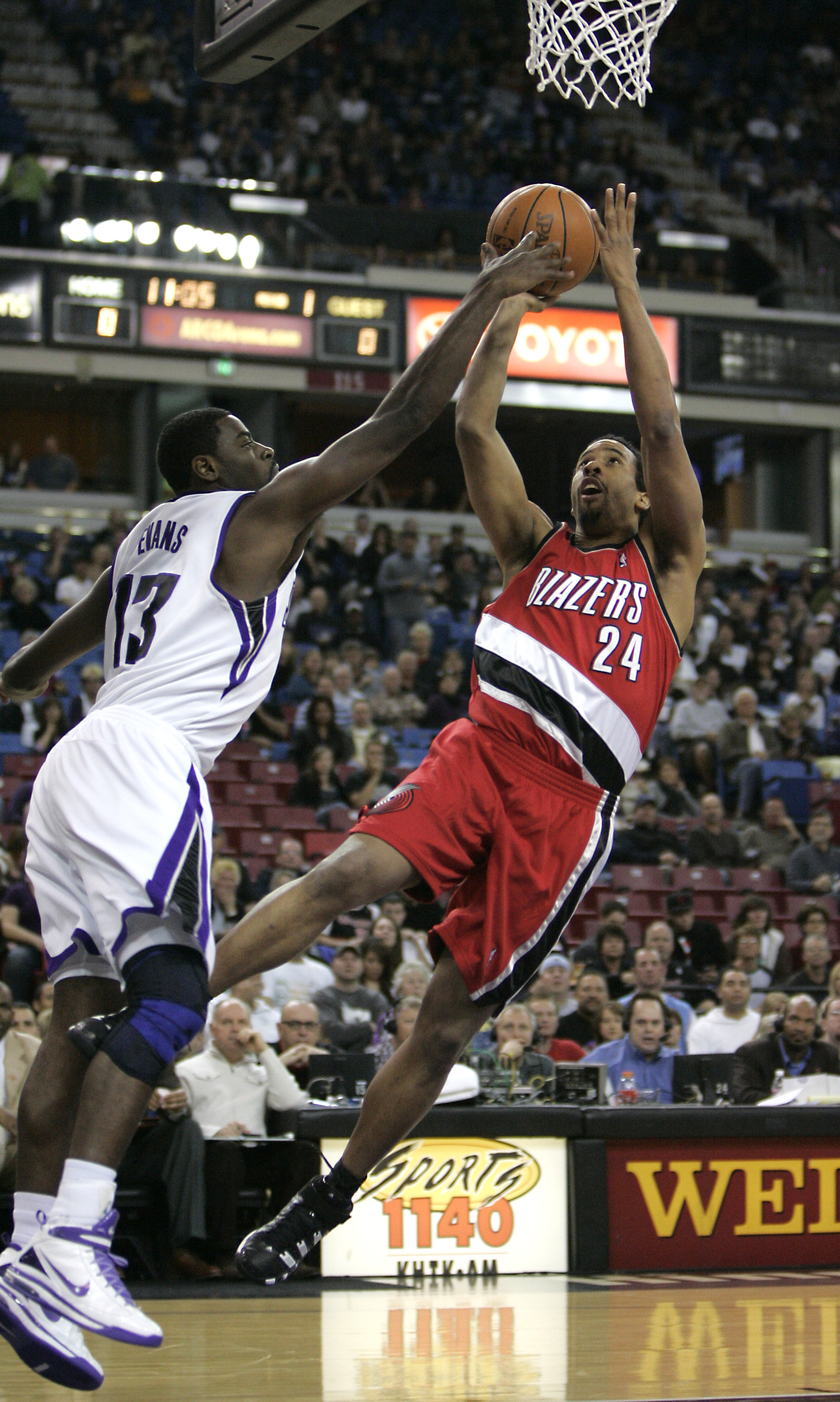 Kevin Durant scored 23 points as the Oklahoma City Thunder clinched an NBA playoff spot with a 121-116 victory over the Dallas Mavericks on Saturday.
Jeff Green added 22 points, and Russell Westbrook and Nick Collison added 17 each to help the Thunder end a nine-game road losing streak against the Mavericks dating to when the team was based in Seattle. The Thunder are the NBA's most improved team this season, more than doubling their 23 victories in 2008-09.
Dirk Nowitzki had 30 points and 13 rebounds for Dallas, and Jason Kidd added 24 points in the matchup of possible playoff opponents.
Bucks 107, Suns 98
At Milwaukee, Brandon Jennings scored 23 points as Milwaukee beat Phoenix to end the Suns' winning streak at 10 games.
Now the Bucks must wait to see if they'll have to face life without Andrew Bogut after the standout center sustained an elbow injury.
Bogut, Milwaukee's leading scorer and rebounder, was taken to the hospital for tests after hurting his right elbow during a dunk in the second quarter. Bogut hung on the rim then crashed to the floor, awkwardly twisting his arm.
Amare Stoudemire had 22 points for the Suns, and Leandro Barbosa added 21. Hawks 91, Pistons 85
At Atlanta, Jamal Crawford scored 29 points, and Al Horford added 20 points and 14 rebounds as Atlanta beat Detroit for its 10th straight home victory.
The Hawks also handed Detroit its 11th straight loss, the Pistons' worst run since dropping 13 in a row Dec. 15-Jan. 11.
Josh Smith finished with 13 points and 14 rebounds to help the Hawks improve to 13-6 overall since Feb. 28. Rodney Stuckey had 22 points for the Pistons.
Nuggets 98, Clippers 90
At Denver, Carmelo Anthony scored 24 points as Denver overcame a 21-point deficit to beat Los Angeles.
Nene added 18 points, and Chauncey Billups and Johan Petro had 14 points apiece in helping Denver win its second in a row since a 1-5 stretch. Denver improved to 50-27, the Nuggets' third consecutive 50-win season.
With five games remaining in the regular season, the Nuggets pulled into a tie with Utah for first place in the Northwest Division, along with tying the Jazz, Dallas and Phoenix for the second seed in the Western Conference playoffs.
Eric Gordon had 23 points for the Clippers.
Bulls 96, Bobcats 88
At Chicago, Derrick Rose scored 26 points and Kirk Hinrich added 24 as Chicago beat Charlotte to boost its playoff hopes.
They remained 1 1/2 games behind eighth-place Toronto in the Eastern Conference and pulled within three of Charlotte. Boris Diaw scored 18 points for the Bobcats.
Nets 115, Hornets 87
At East Rutherford, New Jersey, rookie Terrence Williams had 14 points and a career-high 14 assists to lead New Jersey to its biggest win of the season.
Chris Douglas-Roberts scored 17 points, and Chris Humphries added 10 points and season-high tying 12 rebounds for New Jersey (11-65).
David West had 25 points, seven rebounds and six assists for New Orleans.
Heat 97, Timberwolves 84
At Minneapolis, Dwyane Wade scored 39 points and Quentin Richardson added 14 as Miami beat Minnesota for its eighth straight victory.
Wade has scored at least 30 points in four of his last five games. He fueled critical runs at the end of each half to erase any hope Minnesota had of winning consecutive games after snapping a 16-game losing streak.
In other games:
Raptors 128, Sixers 123, OT
Trail Blazers 98, Kings 87