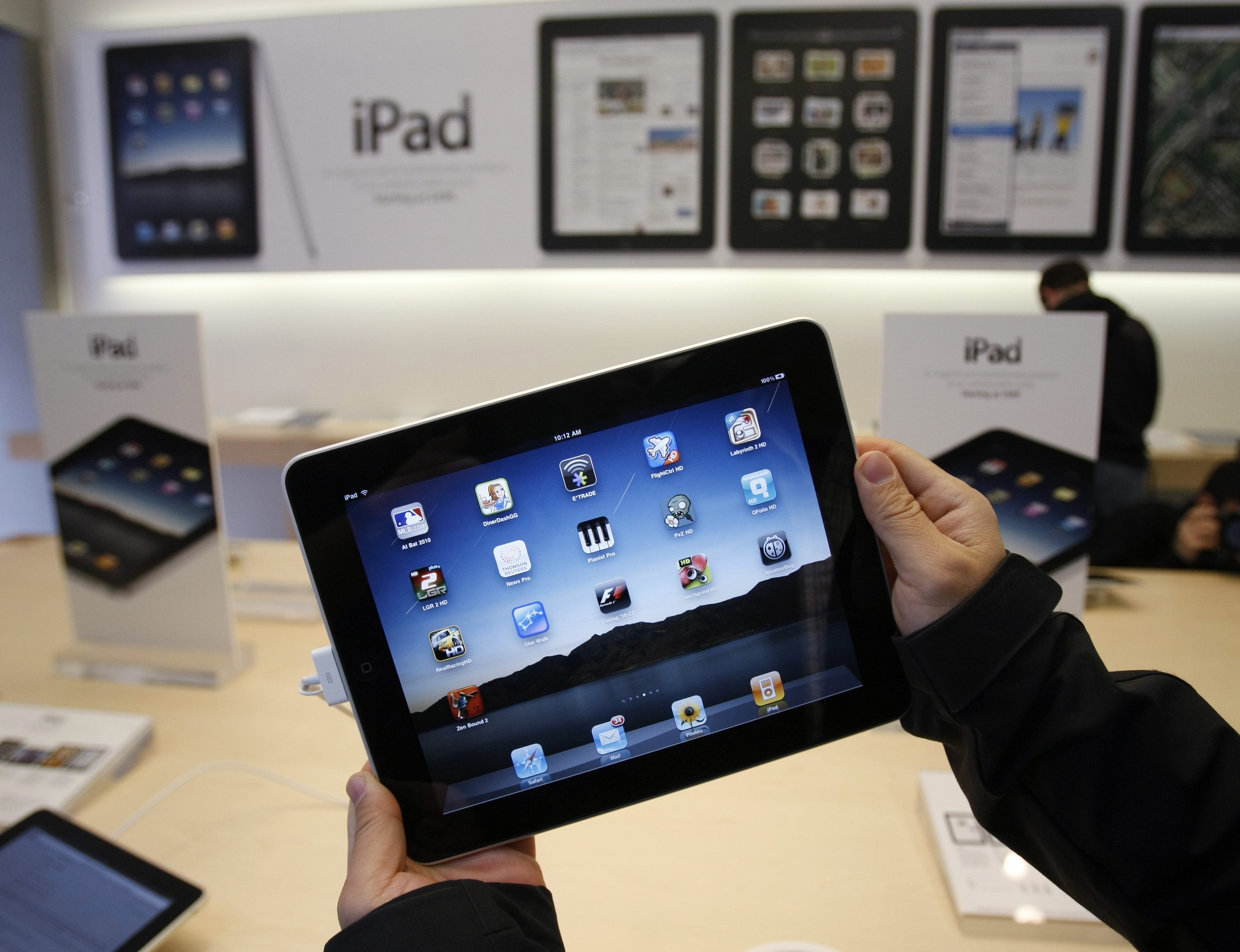 Apple's hotly-anticipated iPads are finally in consumers' hands in what the maker of iPods and iPhones heralds as a personal computing revolution.
While Apple Stores were thronged for the iPad debut in the United States Saturday and the California firm was flooded with pre-orders, analysts said it remained to be seen whether the tablet computers would transform culture.
"We think it will be a success no matter what," Gartner Research vice president Ken Dulaney told reporter.
"Tablets have not done well in the past. If Apple changes that paradigm, they are on a new road."
Innovative new applications "plus using it as a television set" should drive iPad purchases, according to Delaney.
The Walt Disney Company has released an application for watching ABC television shows on the iPad.
U.S. video rental titan Netflix and Warner Brothers entertainment studio have "apps" to deliver content to the devices.
Most consumers want to use mobile devices like the iPad to work while on the go, according to a Sybase survey released last month.
More than half of smartphone users (52.3 percent) said they would be most interested in using a new tablet device like the iPad for work than watching movies (48.2 percent) and television programs (35.4 percent).
Software savants who made fortunes crafting mini-programs for iPhone and iPod Touch devices were quick to focus on designing applications for the iPad.
The enthusiasm of developers bodes well for iPad, since the "ecosystem" of fun or functional programs is credited with being behind Apple mobile gadgets' success as marketplace stars.
iPad programs were filling up virtual shelves of Apple's online iTunes shop.
Even Internet leader Google threw its weight behind the iPad, rolling out a version of its free Web-based email service for Apple's latest creation.
And while the iPad is seen as a threat to Kindle electronic readers, Amazon.com has released an application that lets people read digital books from the Kindle Store on the Apple gadgets.
German TV journalist Richard Gutjhar, 36, said he hoped the multi-media device would bind together the increasingly fractured media market and help newspapers and other outlets collect revenue in an age where content circulates for nothing on the Internet.
"I believe our work must be paid and if this will help, then that would be great," he said after securing his small place in consumer history as the first person to exit the New York City Apple Store with a new iPad.
The 9.7-inch (24.6cm) device allows users to watch video, listen to music, play games, surf the Web or read electronic books. It runs most of the 150,000 applications made for the iPod Touch and the iPhone.
Unlike a laptop, the keyboard is touchscreen, making for a far slimmer, lighter package. It starts up as easily as a phone, customers said, and has lightening-fast Internet access.
"The iPad is, in many ways, simply a proof of concept that's certain to get better over time," said Scott Steinberg, head of technology consulting firm TechSavvy Global.
"More importantly, it may prompt a paradigm shift in the way we look at portable computing, including serving to reignite interest in the tablet personal computer category as a whole."