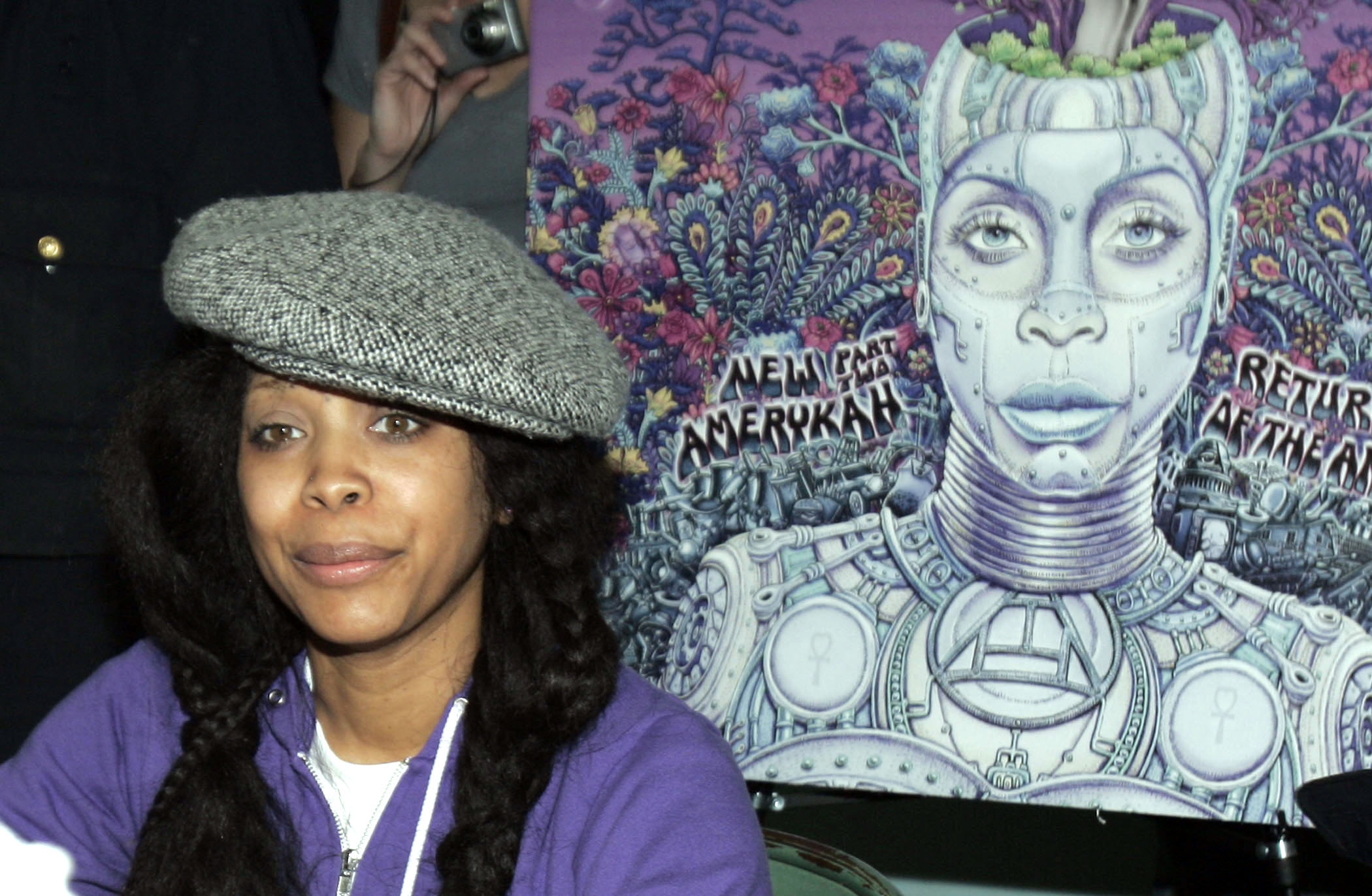 Iconoclastic R&B singer Erykah Badu is expected to receive a disorderly conduct citation this week for stripping naked in her new video at the Dallas, Texas plaza where John F. Kennedy was assassinated.
Dallas Police Deputy Chief Mike Genovese told the Dallas Morning News that a witness had come forward who "observed Badu remove her clothing on the public street. The witness had two small children with her and was offended."
He told the paper the citation, which is to be issued this week, was "about as serious as a traffic ticket."
In her new video "Window Seat," filmed in Dallas' Dealey Plaza, Badu - once known for her towering turbans - progressively loses her clothes, keeps walking in black lingerie and then peacefully strips.
Badu, who was born in Dallas, in February 1971, just released a new CD "New Amerykah Part Two: Return of the Ankh."
Some of her fans were surprised at the public undress but she sent a message on microblog site Twitter saying "the people caught in the shot were trying hard to ignore me. LOL cept one guy grabbing clothes... it was the peeps off camera yelling."
Once appalled onlooker told her "THIS IS A PUBLIC PLACE : YOU OUGHTA BE ASHAMED : PUT YOUR CLOTHES ON : DAMN GIRL! etc," Badu added on the site, saying she has always shared her own vulnerable, naked truth.