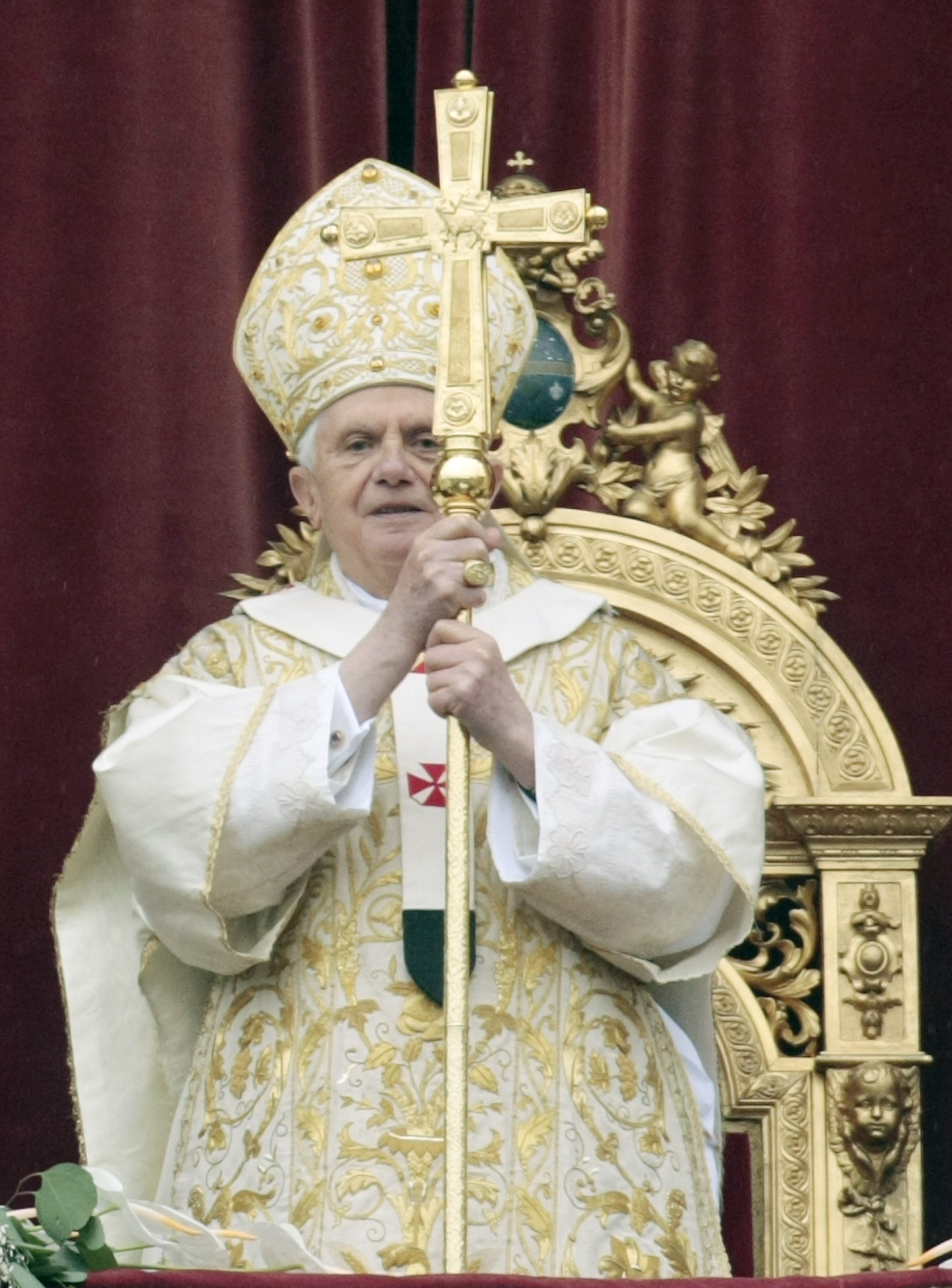 Pope Benedict XVI urged humankind to undergo a "spiritual and moral conversion" during his traditional Easter Sunday message as paedophile priest scandals rock the Roman Catholic Church.
"Humanity needs... a spiritual and moral conversion," the 82-year-old pope said in his traditional "Urbi et Orbi" message. "It needs... to emerge from a profound crisis, one which requires deep change, beginning with consciences."
The urging came as the paedophile priest scandals cast a pall over Easter, the most joyous day in the Christian calendar commemorating the day when Christ is believed to have been resurrected.
The pope also touched on key hot spots in the world, calling for a "true exodus" from conflict in the Middle East, "the land sanctified by (Jesus') death and resurrection." He urged "a true and definitive 'exodus' from war and violence to peace and concord," in the Middle East.
Condemning persecution and lamenting the "suffering" of Christian minorities, he said: "May the Risen Lord sustain the Christians who suffer persecution and even death for their faith, as for example in Pakistan." He added: "To the Christian communities who are experiencing trials and sufferings, especially in Iraq... Peace be with you!"
Abuse remark
In Paris meanwhile, the archbishop of the city and head of the Catholic Church in France, Cardinal Andre Vingt-Trois, said there was a "smear campaign aimed at the pope." The personal preacher of Pope Benedict XVI apologized yesterday for an inadvertent comparison between criticism of the Roman Catholic Church over snowballing paedophilia scandals and anti-Semitism. "If I inadvertently hurt the feelings of Jews and paedophilia victims, I sincerely regret it and I apologize...," Father Raniero Cantalamessa was quoted as saying in the Italian daily Corriere della Sera.