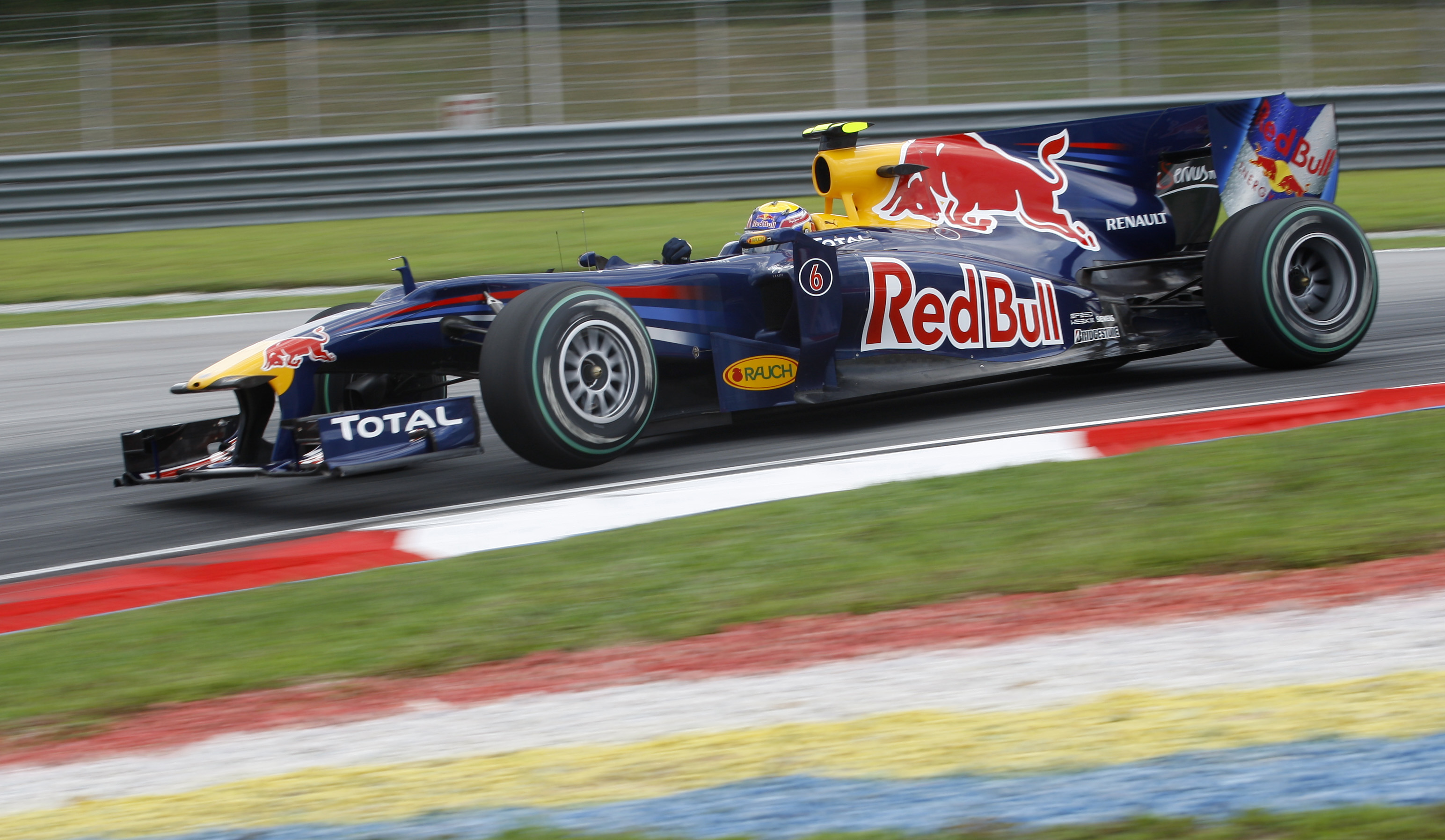 Red Bull’s Mark Webber took pole position with the quickest time in final qualifying for Sunday’s Malaysian Grand Prix.
Nico Rosberg in a Mercedes qualified second and Sebastian Vettel in the other Red Bull was third.
But torrential rain took its toll, with Ferarri drivers Fernando Alonso and Felipe Massa, along with McLaren’s Lewis Hamilton, failing to make it into the second qualifying session. Alonso will start 19th, Hamilton 20th, and Massa 21st with all three failing to get a quick lap in before the heavens opened.