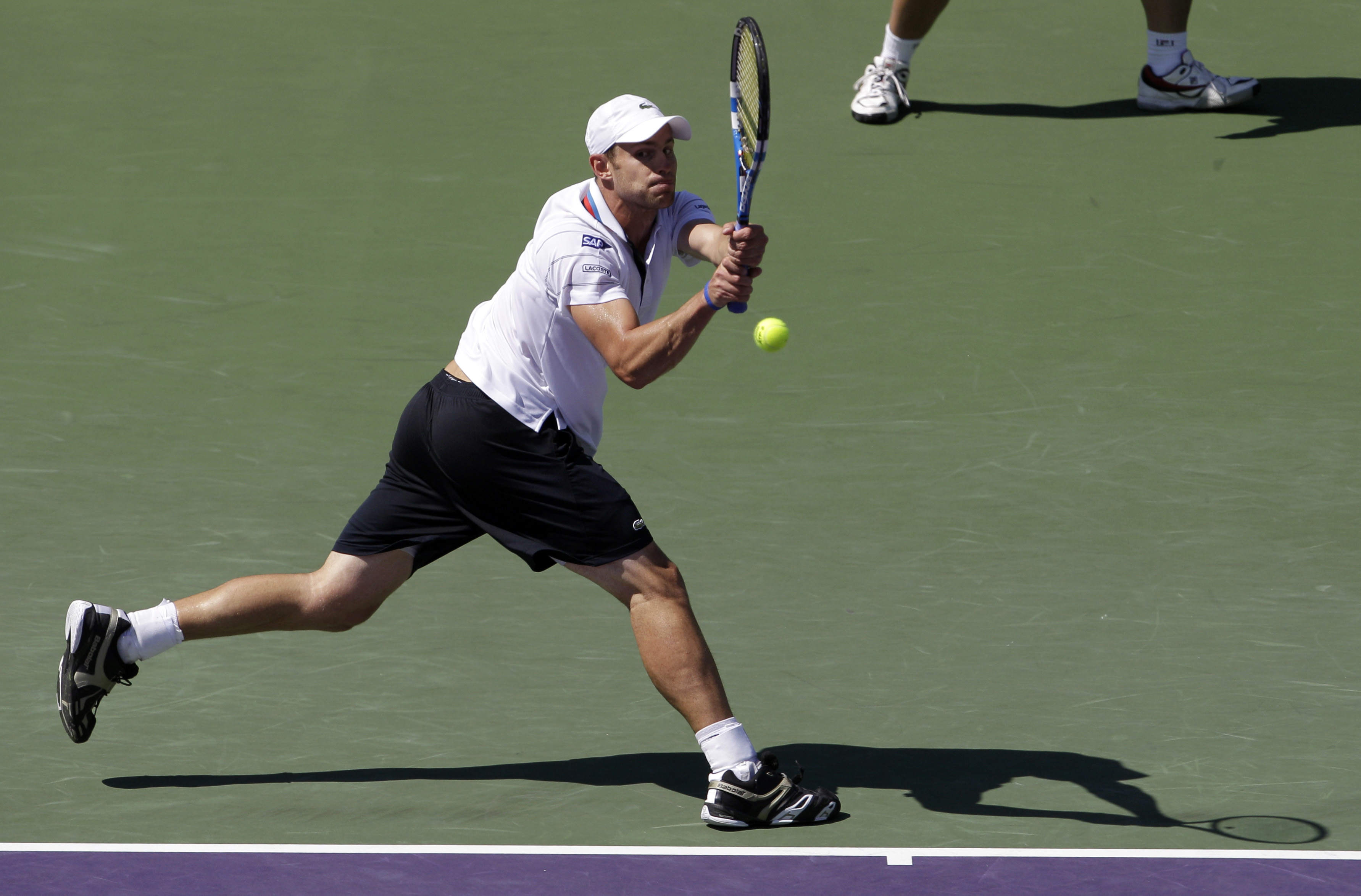 Andy Roddick's decision to take some risks paid off Friday as the American rallied to beat Spain's Rafael Nadal and book a clash with giant-killing Tomas Berdych in the final of the Miami ATP Masters 1000.
Roddick engineered a turnaround to triumph 4-6, 6-3, 6-3 over world number four Nadal, who was the highest seed left in the draw.
Berdych, who saved a match point en route to a stunning upset of world number one Roger Federer in the fourth round, dismantled fifth-seeded Swede Robin Soderling 6-2, 6-2.
Berdych, who said he wanted to be "aggressive but with lots of control" was able to do just that. He broke Soderling four times and faced only one break point himself.
After being pushed around in the first set by Nadal, who will still return to number three in the world on Monday, Roddick realized he would have to do more.
"I took a lot of risks there in the last two sets," Roddick said. "That's what I have to do. My comfort zone of moving the ball around and maybe chip, ping it around a little bit doesn't work against Rafa.
"I had to try to come up with something that at least took him out of his comfort zone a little bit, and it paid off."
Roddick, who finished with 15 aces, began moving to the net with more aggression - a tactic that Nadal admitted caught him by surprise.
"I started the match playing pretty well," Nadal said. "I had the match under control in the first set with my serve.
"In the second set Andy was serving well, I didn't have a lot of chances on the return.
"He plays a very aggressive game and started to play more aggressive in the game where he got the break.
"It was a change, and it was surprise for me," Nadal admitted. "After that, in the third, he put more pressure on my serve, attacking more. He's playing really well."
Nadal had earned the break he needed in the opening set in the third game, saved a break point himself in the next then dominated Roddick in the rallies to pocket the set.
But Roddick wouldn't be broken again. He piled the pressure on and turned the tide late in the second set, breaking Nadal to love to lead 5-3 then serving out with a love game capped by a 143 mph service winner.
In the third, Nadal could make no headway against Roddick's serve. He couldn't convert his one chance to break in the second game, so that Roddick's break in the next game proved key.
Nadal was clearly frustrated in the eighth game, when he managed to push Roddick to deuce on his serve. But he netted a backhand to let the American off the hook, and dropped his serve to end the match.
"But the way I rationalized it was, I'm trying to get the upper hand in a rally. It's very tough once we get neutral. I don't hit the ball like him. I hit the ball straight through, and his ball comes up and down and he can switch directions a little bit easier than I can," said Roddick.
"So basically I was sitting here thinking, 'All right, is my second serve my best approach shot against him?' I thought it was."
Roddick, the sixth seed, returns to the final here for the first time since he won the title in 2004.
Berdych reached the second prestigious Masters 1000 final of his career, after winning the Paris title in 2005.
Now he has a chance to become the first Miami men's champion not ranked in the top 10 since Jim Courier in 1991.
"It is nice to take a match like that. I was playing really well, not too long on the court," Berdych said.