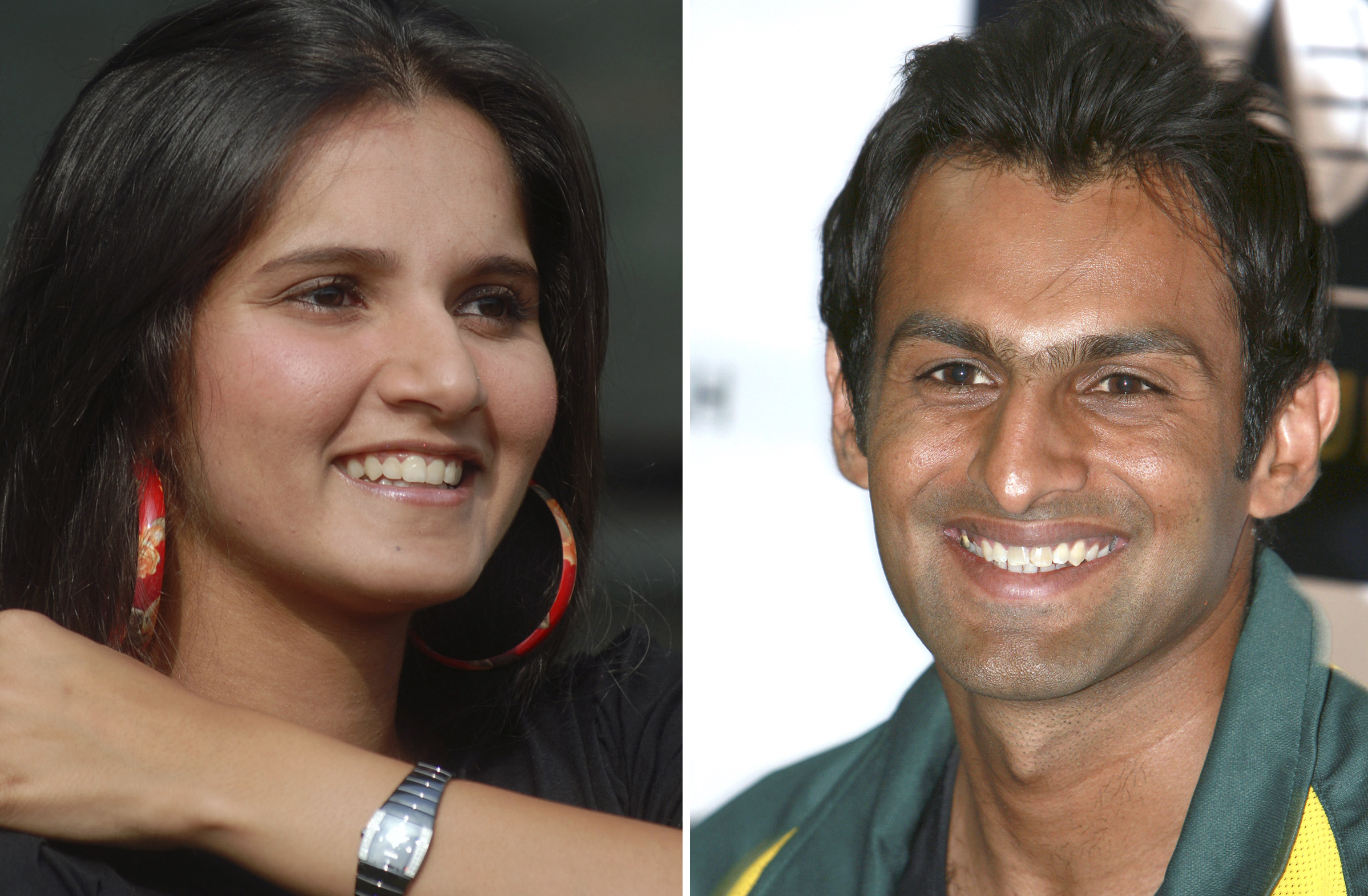 An Indian woman who claims to be Pakistani cricket ace Shoaib Malik's wife has demanded he divorce her before he weds India's top tennis star Sania Mirza, reports said Saturday.
Mirza, 23, and Malik, 28, who are both Muslim, will marry in April and live in Dubai, family members told local media late last month.
But Ayesha Siddiqui, from the southern Indian city of Hyderabad, said Malik married her by telephone in 2002 and that she possesses documents to prove their alliance.
Siddiqui has threatened to sue Malik if he refuses to "formally divorce" her before marrying Mirza, The Times of India newspaper reported. TV stations carried similar reports.
She also circulated copies of her Muslim nuptial agreement to media outlets in India and Pakistan and spoken about the alleged relationship with Malik, the newspaper reported.
"Malik can marry Sania Mirza only after divorcing me," Siddiqui said.
"He dumped me because his teammates said I was fat. I need an official divorce now."
The cricketer has denied the marriage and says he will file a defamation suit.
The sporting marriage between Mirza and Malik, apparently unprecedented in the perennial rivalry between the nuclear-armed South Asian rivals, comes two months after Mirza broke off her engagement to a childhood friend.
Shoaib Malik's brother-in-law Imran Malik told reporters the pair would wed April 11. The wedding is expected to take place in Hyderabad followed by a reception in Pakistan later this month.
Meanwhile, the couple's wedding plans have also run into objections from Indian hardline Hindu groups who say Mirza should not be allowed to represent India in tennis after her wedding to a Pakistani citizen.