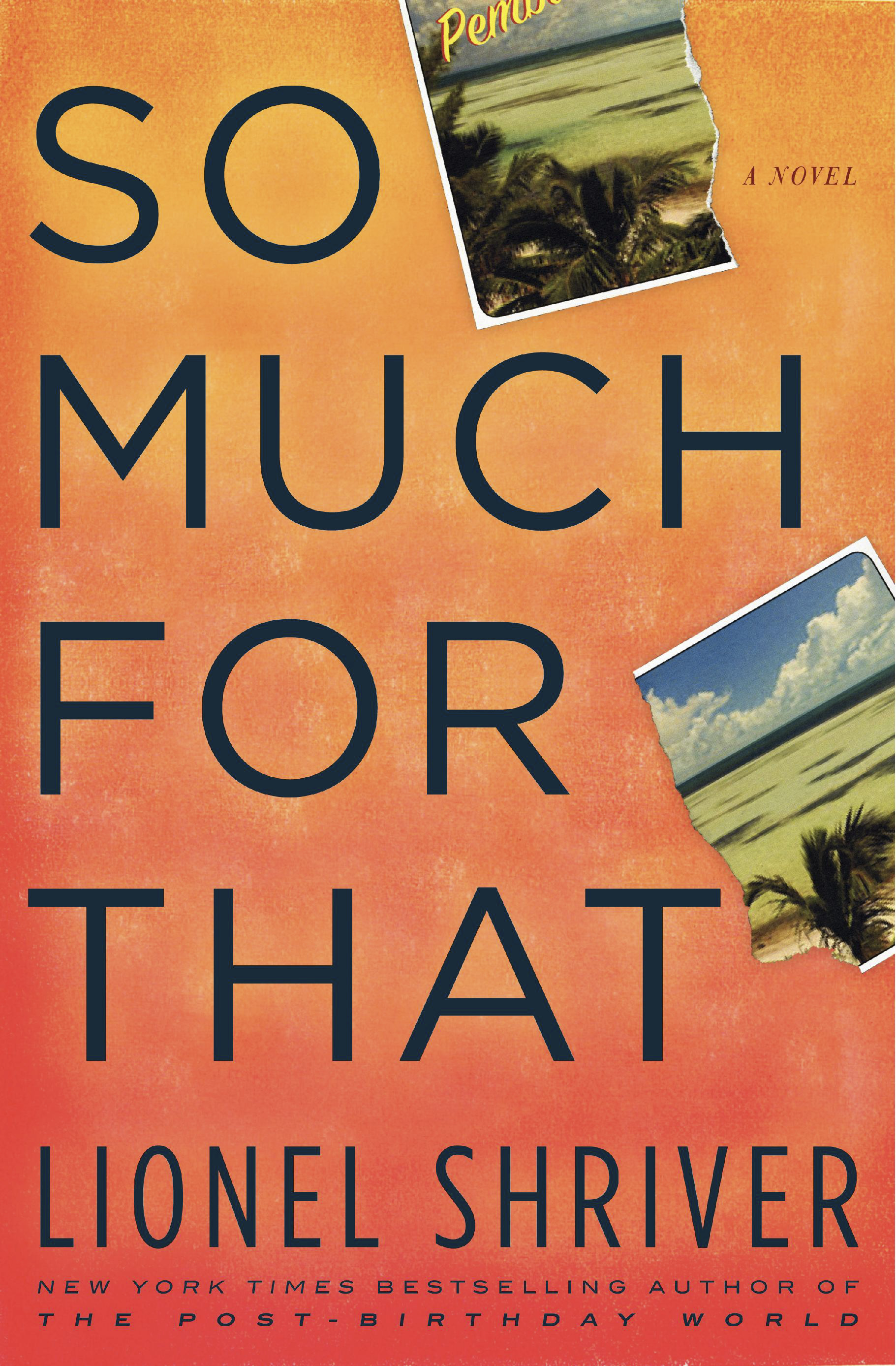 'So Much for That'
Written by: Lionel Shrivel
Published by: Harpers
Reviewed by: Craig Seligman, Bloomberg
It would be a feat to cram more misery into a novel than Lionel Shriver gets into "So Much for That."
Her generous, hardworking hero has a wife who's dying from a virulent form of cancer and an elderly father who's recuperating from a broken leg, expensively, in a nursing home. He's going broke from the bills.
His best friend, whose daughter is the victim of a rare and grotesque degenerative disease that has marked her for an early death, is suffering agonies, both physical and marital, from botched penis-enlargement surgery.
Why would anyone want to read a book like this? The same question could legitimately be asked of the Book of Job, and in fact ?So Much for That? often reads like a contemporary Job, except that its protagonist, Shep Knacker, is closer in personality to Jesus. And what's inspiring in the divine is not so attractive in the human.
"All this nauseating goodness," Shep's dying wife spits at him. "It makes me sick. All the niceness, it makes me even sicker. You've always been a pushover. But now you're well on your way from worm to grub."
I'm afraid she's right. Shep isn't only scrambling to put together the co-payments for chemotherapy and elder care; he's also subsidizing his grown-up daughter (who works for peanuts at a small-circulation journal), paying for his sullen son's private high school, and giving cash to his deadbeat sister, a documentary filmmaker who holds him in contempt for not being an artist like she is.
Death, ruin
It's almost as hard to watch a good man get bled dry by his insurance company as it is to watch his once beautiful wife shrivel and die. Shriver, a very tough-minded novelist (this is her ninth book), is out to shove the reader's face in the stink of death and the hopelessness of ruin. More than once as I was reading, the phrase "as much fun as cancer" came to mind.
But Shriver isn't only a deft writer; she's also a devious one, with quite a few twists up her sleeve. In the end she manages to make this trip through hell improbably likable.
Light finally breaks into "So Much for That." Shep drops his goody-goodiness at just the right moment, but in a way I found hard to swallow. Curiously, though, the less believable the book becomes as a chronicle of illness and death, the more enjoyable, and also the better, it gets as a novel.
Shriver's good timing is coincidental. Outraged by the death of a friend at a total price of around US$2 million (the same figure Shep comes up with), she began writing before the U.S. had plunged into the current health-care debate. But she's angry about more than medical costs.
Makes you think
She recoils from American one-upmanship, American workaholism and the depressing numbness of American kids. In fact, "So Much for That" raises more issues, artistic, cultural and social, than any novel I've encountered in years.
When I finished it, all the wheels in my head were spinning, and I wanted to talk about everything it brought up (including its flaws, preachiness among them). I couldn't, though, because I had stayed up late to finish it - there was no question of leaving the last 50 pages till the next day -and nobody was still awake to talk to.