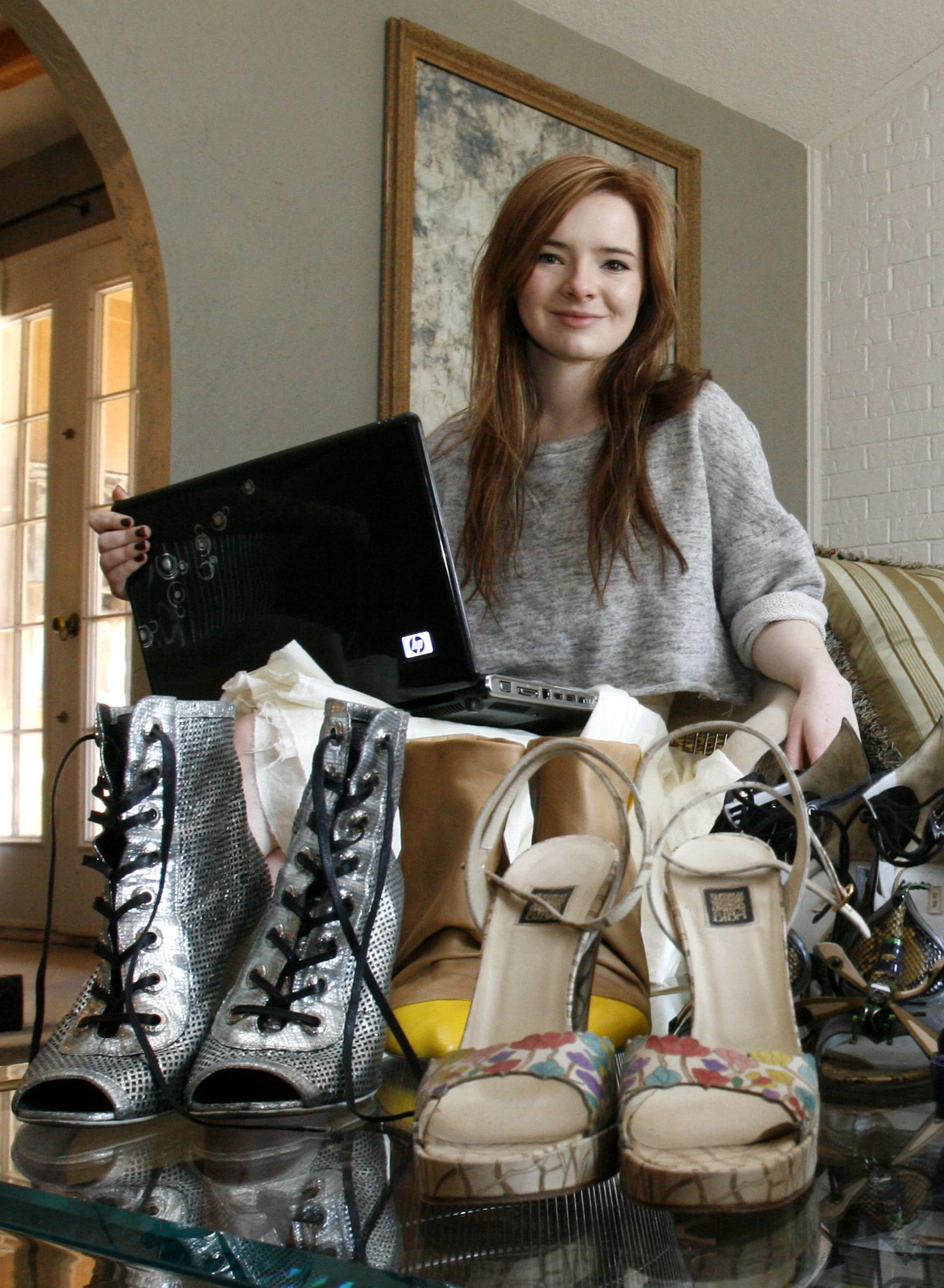 Jane Aldridge hoped to get a few readers when she started a style blog at age 15. Today that sounds impossibly modest.
Aldridge, now 18, gets about 70,000 hits a day at her blog Sea of Shoes. She has been featured in magazines like Vanity Fair and Teen Vogue and has designed shoes for Urban Outfitters.
"I didn't realize at the time that I started my blog that blogs would ever become what they are now," she said.
Young bloggers like Aldridge have become an unexpected powerhouse in the fashion industry, gracing front rows at Fashion Week, teaming up with top magazines and working with mainstream clothing brands. Aldridge is among those who have been read by editors and designers for the last couple of years, said Jane Keltner, fashion news director for Teen Vogue.
"In the last year it's just exploded," Keltner said.
Thirteen-year-old Tavi Gevinson, who writes the blog Style Rookie, has helped Rodarte introduce its line for Target, appeared on the cover of Pop magazine and been spotted at various fashion shows around the world. Her fashion commentary has even appeared in Harper's Bazaar.
American Apparel has featured several young bloggers in ads, including Karla Deras of Karla's Closet. Marc Jacobs named a bag after blogger Bryanboy.
Keltner said that brands are smart to get on board with bloggers who already have a following and are influential in the fashion world. It was a good way for Target to connect with customers, said spokesman Joshua Thomas.
"Obviously Tavi's blog is extremely popular, and she's really developed a loyal following," Thomas said.
Aldridge's retail ventures have included designing a trench coat for Gryphon with her mother Judy, who has her own blog called Atlantis Home. Gryphon designer Aimee Cho said she liked how the mother and daughter were able to wear a lot of the same clothes, but in different ways and have fun with fashion.
"I do think clothes should be fun, and that's what I like about Jane and Judy," she said. Cho said bloggers, especially teenagers, offer an unfiltered perspective.
Still, there have been some rumblings against the wunderkinds, especially Tavi. In December, Elle magazine's Anne Slowey told New York magazine's the Cut blog that she thought Harper's Bazaar hiring Gevinson "feels a big gimmicky."
"What am I getting out of a 13-year-old's opinion about fashion?" she asked.
Simon Doonan, creative director of Barneys New York, said that while he respects their work and enthusiasm for fashion, he feels a bit protective of the young style bloggers who are getting so much attention at such a young age.
"In your 20s, it's great to be a nobody so that you can figure out who you are and not place any expectations on yourself," he said.
Success in the fashion world, he said, calls for talent plus maturity.
"You need some maturity to handle that kind of 'I love you, I hate you' that life can deliver," he said.
Tavi also got quite a bit of Internet buzz when she appeared at a fashion show with a large bow-shaped hat. She said in a February blog entry, "It seems that with all this 'Backlash!' many people have lost sight of what MY blog is actually about: fun, dammit!"
It's that personal take that makes consumers feel they can develop their own thoughts on fashion, said John Gerhardt, creative director of Canadian high-end retailer Holt Renfrew. Over the summer, Holt Renfrew designed store windows inspired by the work of six fashion bloggers, including Aldridge.
"We saw it as a real trend in terms of fashion communication," he said.
He said that we're being oversaturated right now with fashion bloggers, but those who stand out have an ability to reference trends from the past and look into the future.
"The ones that actually gain popularity and a following, I think they do have an eye. You see it with the ones that rise to the top," he said.
With a love of designer vintage, Aldridge said she started her blog as an outlet for a fixation on fashion that was not shared by her peers in Trophy Club, a small town about 30 miles northwest of Dallas nestled among the city's sprawling suburbs.
"Living out here I was kind of isolated in my love of fashion," she said.
Her blog is mostly pictures of herself in her home or wooded areas nearby posing in outfits she has put together - from modeling a pair of knee-high black leather Balenciaga boots to a frothy peach Comme des Garcons skirt paired with a gray cropped sweatshirt from Zara. She said that she finds inspiration in being far away from a fashion hub like New York City: "It sort of inspires you to create your own little world," she said.
Being home-schooled for her senior year, Aldridge works on photo shoots for the blog about four days a week for several hours each day, she said.
She said she is happy with a life focused on her blog and the opportunities that brings, including attending Paris' Crillon Ball dressed in Chanel.
"I'm not sure that a normal life would be for me," Aldridge said.
On the Net:
Jane Aldridge's Sea of Shoes: www.seaofshoes.com