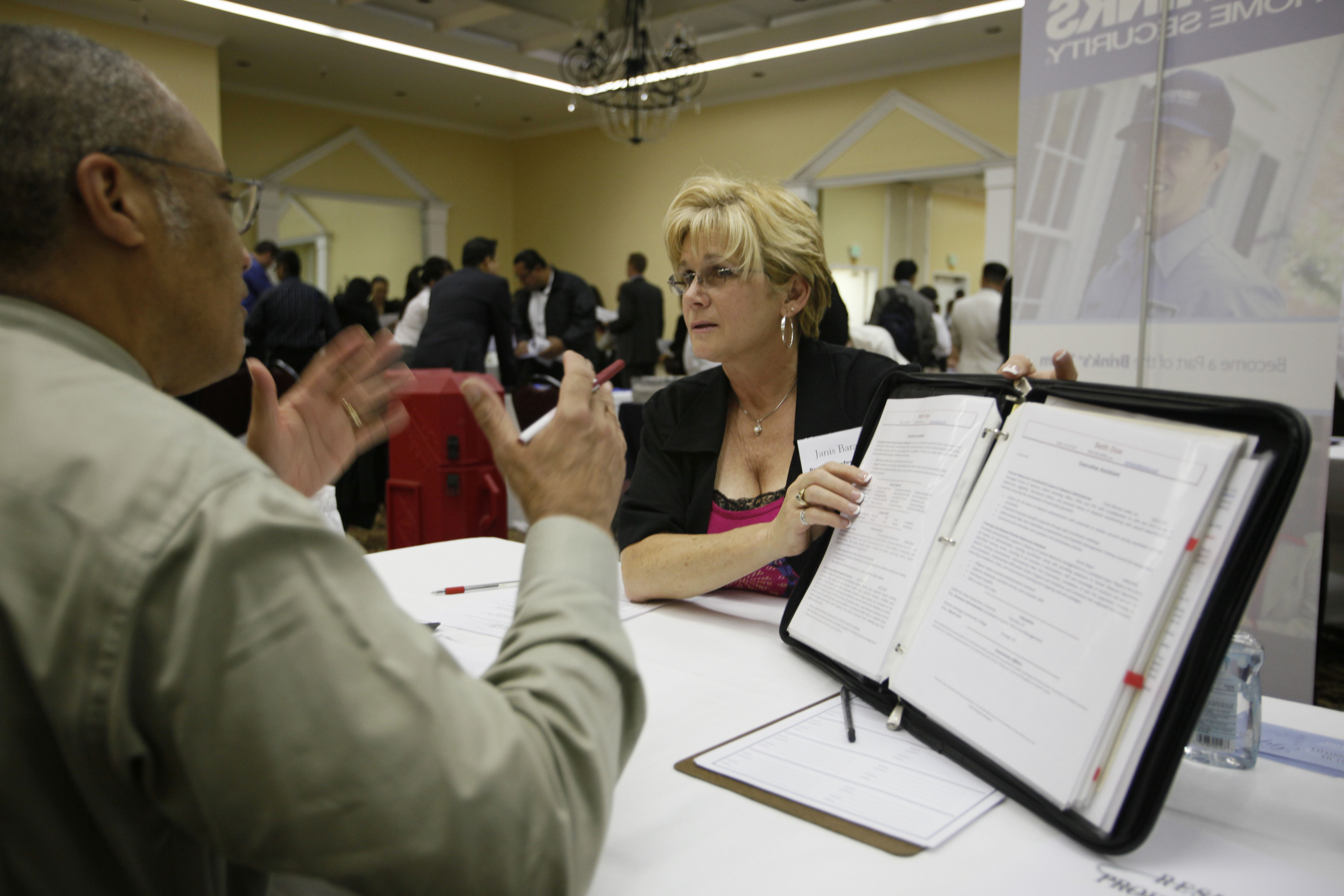 The recession-racked U.S. economy is "beginning to turn the corner," President Barack Obama said as data showed 162,000 jobs were created in March, the biggest increase in three years.
The U.S. Labor Department said Friday that job creation leaped dramatically in March after years of near-continual losses, although the increase was not enough to budge the unemployment rate from 9.7 percent.
With close to one in 10 American workers unable to find a job, the figures were an eagerly-awaited indicator of the strength of the economic recovery.
In a rare positive report, the Labor Department said job creation rose markedly from February, when the economy lost 14,000 posts according to revised figures.
News that the economy is again creating jobs came as a relief to Obama, who lauded the report as a sign the still-fragile economy was on the mend.
"I have often had to report bad news during the course of this year," Obama said at a factory in North Carolina.
"Today is an encouraging day. We learned that the economy actually produced a substantial number of jobs instead of losing a substantial number of jobs.
"We are beginning to turn the corner... the worst of the storm is over."
But there was little sign of White House backslapping, amid news the unemployment rate remained unchanged for the third consecutive month.
The job growth rate was just enough to offset continued sackings, population growth and people rejoining the labor market.
Since the recession began in December 2007, around eight million Americans have lost their jobs. Some 15 million Americans remain unemployed.
"We've been through the worst period of economic turmoil since the Great Depression," Obama said. "While we've come a long way, we still got a ways to go.
"It will take time to achieve the strong and sustained job growth that we need," he added.
The Labor Department also reported sobering news that the number of Americans who have not worked in more than half a year rose by 414,000 in March, to 6.5 million people.
Remedying high unemployment looks to be one of the biggest challenges of Obama's presidency and a key issue ahead of crucial midterm elections later this year.
More than 80 percent of Americans say unemployment will be extremely important or very important for how they vote in the November polls, according to a USA TODAY/Gallup Poll published Thursday.
Obama's Republican opponents pounced on news of a "record" rise in long-term unemployment and cautioned that a jobless rate of 9.7 percent was "no cause for celebration."
"Today's private-sector job gains are encouraging but not nearly what President Obama promised when he signed the trillion-dollar 'stimulus' into law last year," said House Republican Minority Leader John Boehner.
Investors - groping for guidance amid the worst market upheaval in a generation - will not give their verdict until Monday, when stock markets reopen after a Good Friday break.
The March figures were slightly below market expectations. The consensus forecast had been for the jobless rate to remain the same and for 184,000 jobs to be created.
Analysts will now look for evidence that March was not a fluke and that the job gains are lasting before claiming the recession has been beat.
March's figures were boosted by the Census Bureau hiring 48,000 workers to conduct its 2010 survey.
Experts also suspected that previous months' figures had been skewed by winter weather that forced some firms to close shop and delay hiring. They expected that pent up activity to be unleashed.
But most were positive: "Overall, we believe this was a good report and the start of a healthy trend in job creation," economists at Barclays Capital told clients.
"Job creation will help support the positive momentum in the economy, underpinning consumer spending and confidence, and making it a sustained recovery."
"The trend since January is positive," said Heidi Shierholz of the Economic Policy Institute, noting it would take many months to set the economy back on the right track.