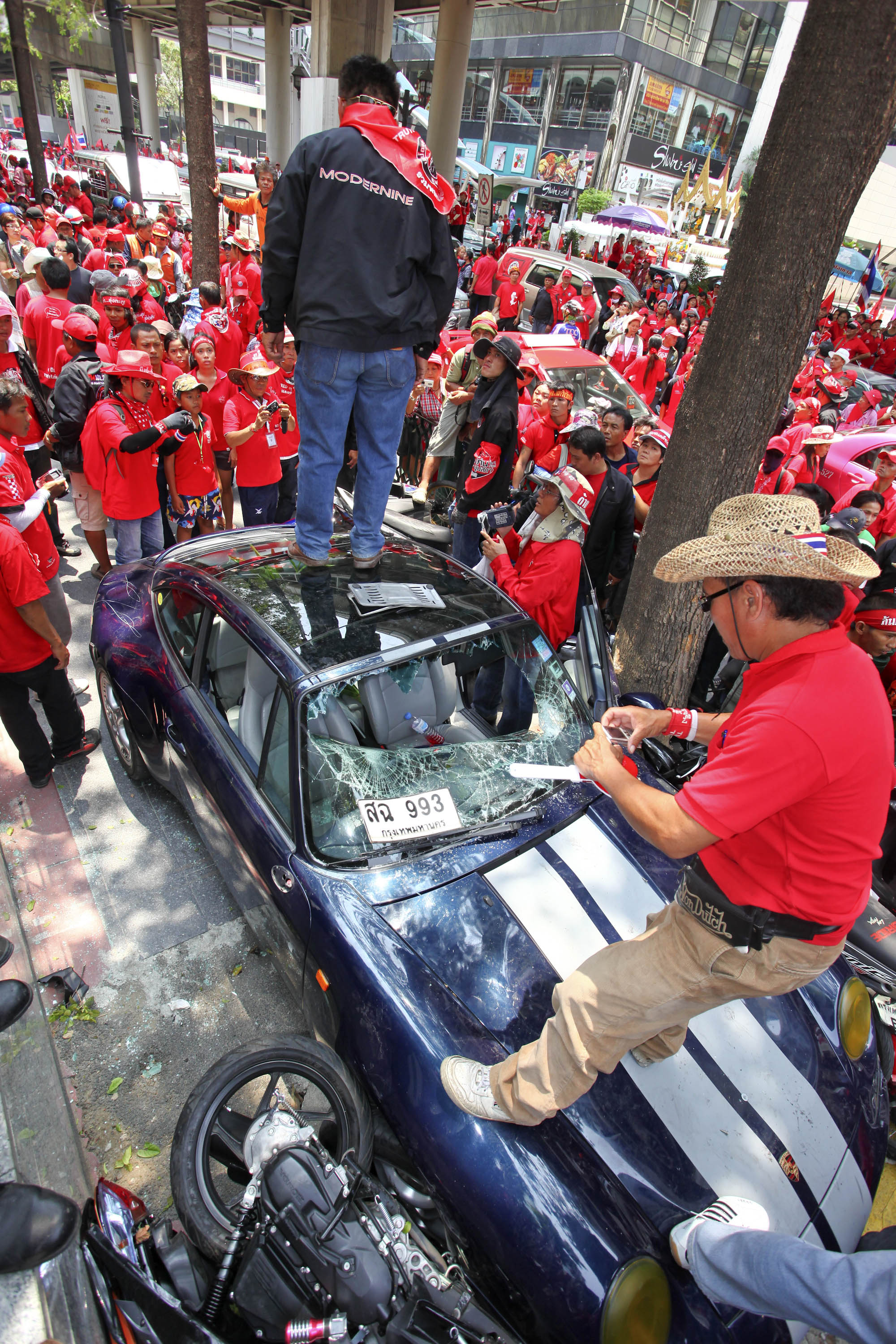 Thousands of anti-government protesters launched their fourth weekend march in the streets of the Thai capital yesterday, groping for tactics that have yet to force the prime minister to dissolve Parliament and call new elections.
The mainly poor, rural Thais that make up the so-called Red Shirts were concentrating their yesterday protests in the heart of commercial Bangkok, studded with glitzy shopping malls and upscale hotels. They previously have failed to oust the government of Prime Minister Abhisit Vejjajiva through both mass peaceful marches and talks with government leaders.
Jatuporn Prompan, a protest leader, said the demonstration would continue through Monday and that Saturday's rally would be brief.
"Today's another day when commoners will declare war to bring democracy to the country. There is no end until we win this battle," he said as marchers made their way toward the shopping zone, beating drums and chanting "Dissolve Parliament."
The Red Shirt movement - known formally as the United Front for Democracy Against Dictatorship - consists largely of supporters of ex-Prime Minister Thaksin Shinawatra and pro-democracy activists who opposed a 2006 military coup which ousted Thaksin.
Protest leaders have portrayed the demonstrations as a struggle between Thailand's impoverished, mainly rural masses - who benefited from Thaksin policies of cheap health care and low-interest village loans - and a Bangkok-based elite impervious to their plight.