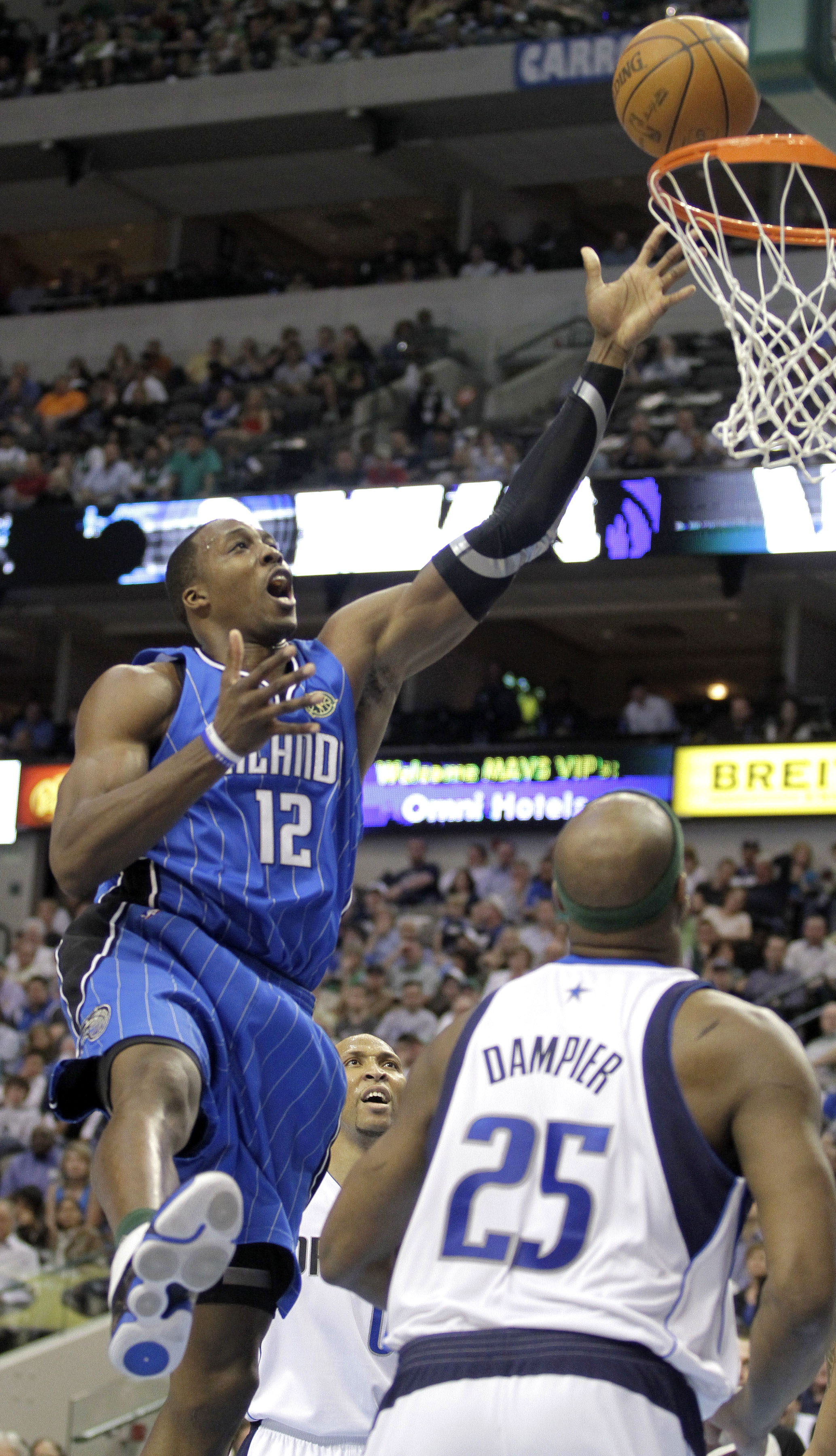 Dwight Howard had 17 points, 20 rebounds and five blocked shots and Mickael Pietrus made six of Orlando's 14 three-pointers to help the Magic to a 97-82 NBA victory over Dallas on Thursday.
France's Pietrus, available again after sitting out three of the previous five games because of a sprained left ankle, made all six of his three-point attempts as he scored a season-high 24 points.
Vince Carter added 19 points as the Magic won for the 14th time in 16 games.
"We know how good we are," said Jameer Nelson, who scored 14 points. "We're not cocky or overconfident or anything, but we know we can beat anybody when we play our game.
"We played great defensively, pushed the ball and got good shots when we needed to."
Dirk Nowitzki led the Mavericks with 24 points, but it wasn't enough to extend Dallas' three-game winning streak.
Jason Terry and JJ Barea had 16 points apiece off the bench for the Mavericks.
Nowitzki's fellow starters - Shawn Marion, Brendan Haywood, Caron Butler and Jason Kidd - combined for only 20 points.
The Mavericks had beaten Orlando 95-85 in February in the only other meeting this season.
Orlando, who lead the NBA in three-pointers made and attempted, connected on only 4-of-25 from three-point range in that defeat.
"We got the same looks, we just moved the ball and shot with confidence," Carter said. "Some nights it's going to be like that."
"The thing that killed us were the three," Mavericks coach Rick Carlisle said. "The last few times we've played them, we made a real effort to run them off the line and they missed shots they normally make."