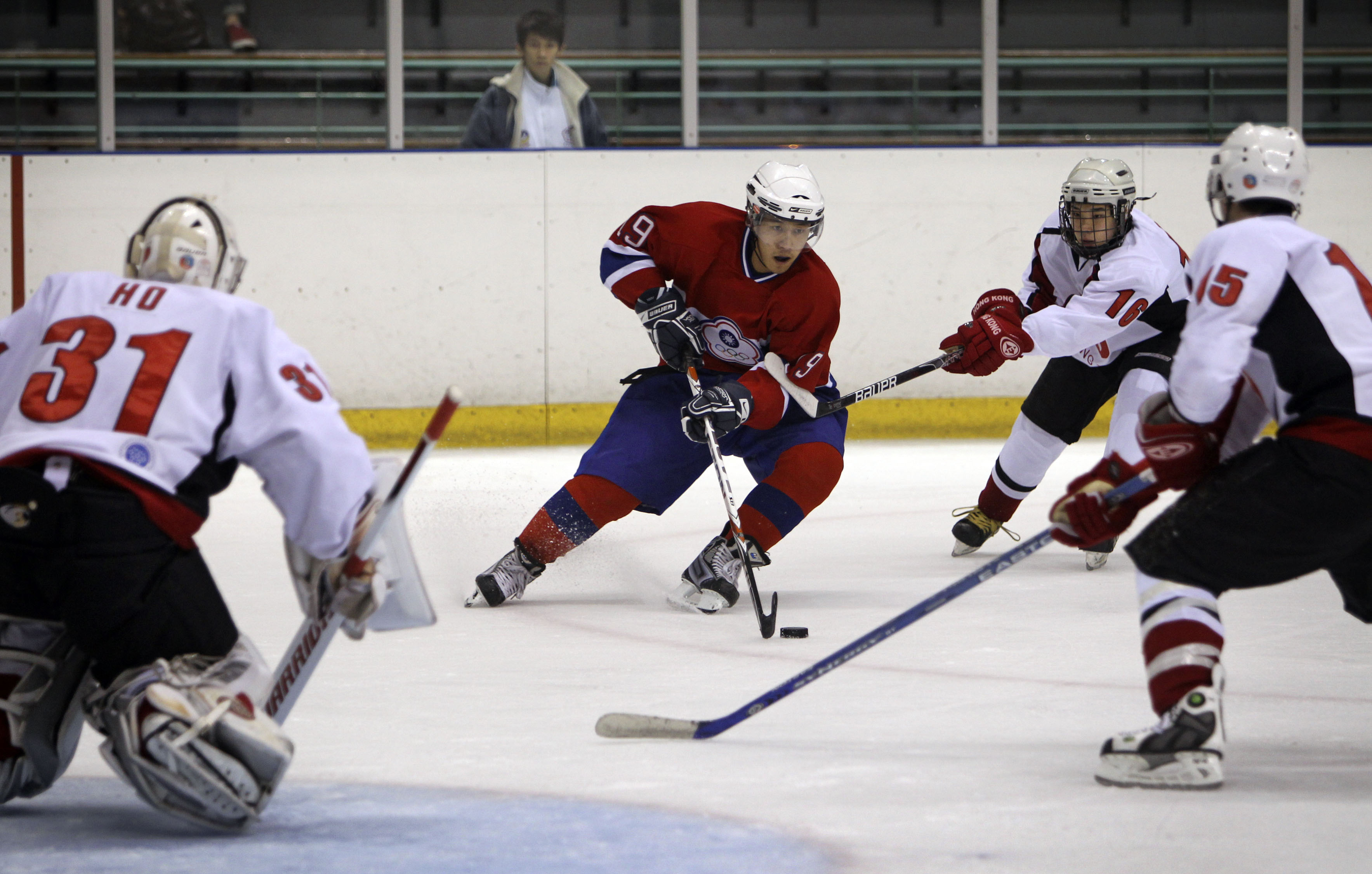 The skating was slow, the body checks flaccid and the slap shots lacking in zing.
But it was still ice hockey they were playing this week in Taiwan, as nine of the world's least likely national teams - think Kuwait for example, or Hong Kong - faced-off in a tournament that brought the quintessential winter game to this tropical Asian island.
Critics might question the value of the Challenge Cup of Asia, but any cynicism ignores the white-hot enthusiasm of the players, all but a handful being the products of homegrown Asian ice hockey programs.
Many, such as 30-year-old Malaysian forward Gary Tan, got their starts playing the inline, or iceless version of the game, and then switched over to the real thing when indoor rinks were constructed in their countries. In Tan's case, that was in 1998.
"I think my love for the sport has always been there," he said.
Thailand's Dechbadin Jittranont, also 30, said that hockey attracted him because the cold of his Bangkok rink seemed so refreshing after the heat of the city's streets.
"I love hockey and I'm very happy to be at this tournament," he said. "I need to show people that Thai hockey is the best."
Jittranont, Tan, and their fellow Asian players face challenges that their ice hockey-playing counterparts in North America and Europe would find hard to believe. Among the teams competing in Taipei, only Mongolia has a winter cold enough to sustain outdoor ice rinks. Few of the squads hire full-time coaches, and some even lack basic equipment, including hockey pucks.
Jukka Tiikkaja, the Tokyo-based Asian Sport Development Manager for the International Ice Hockey Federation, said the Taiwan tournament was an excellent opportunity to raise the sport's profile in Asia, where field hockey is a popular sport. But he acknowledged that a lot of work had to be done before ice hockey started winning the hearts and minds of local fans.
"The main problem is accessibility," he said. "It needs a lot more here."
The challenge, say many of the players, officials and coaches in Taipei, is the sport's nearly prohibitive cost for most of Asia's people, with a full set of equipment going for as much as US$1,000.
Another problem is the lack of indoor rinks. While Canada has 2,451 of these facilities, and the U.S. 1,800, the nine countries and territories that participated in the Taiwan tournament have a combined total of only 19.
Certainly no one who watched the hockey in Taipei would have confused it with the variation played by the IIHF's top echelon, the 12 Winter Olympics qualifiers such as Canada, the United States and Finland, or even the federation's second- or third-tier countries such as Estonia.
North American expatriates in the Taipei crowd said the standard was similar to a third- or fourth-level high school game back home _ a sorry mishmash of porous goaltending, sloppy passing, and anemic shooting.
Still, there were a few bright spots in Taiwan, including the play of Malaysia's Swedish-bred forward Loke Ban Kin, 20. In his game against Macau, Loke tipped in an uncharacteristically vicious slap shot from the point right after the opening face-off - a lightning quick maneuver that requires extremely deft hand-eye coordination.
Only minutes later he picked up the puck in his own end, accelerated past four bewildered Macau defenders, then lifted it over the outstretched arm of the sprawling goal tender. It was a play worthy of Pittsburgh Penguins Canadian star Sidney Crosby, or perhaps Russian Alex Ovechkin of the Washington Capitals. In Taipei, it set the crowd alight.