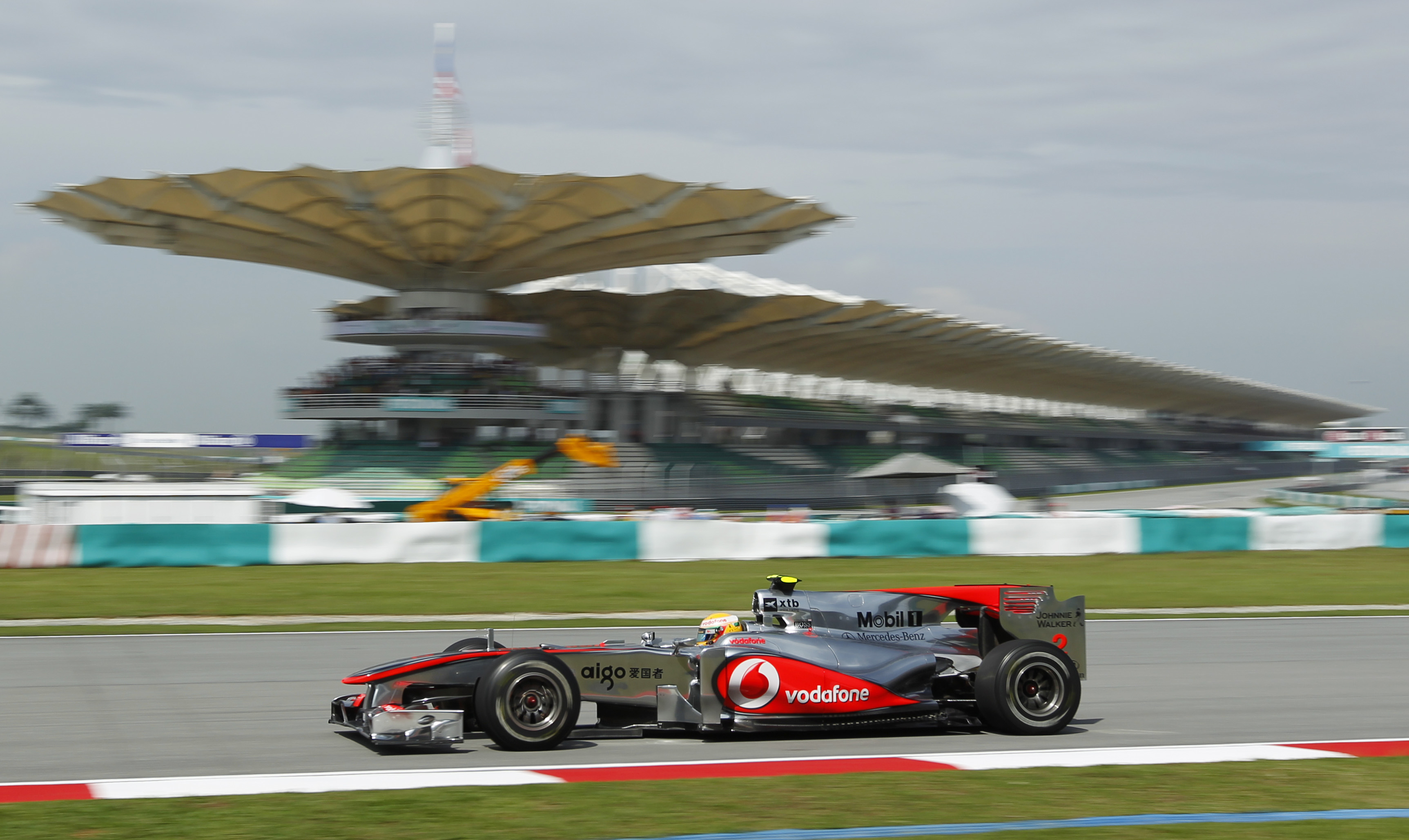 Lewis Hamilton clocked the fastest time in opening free practice for the Malaysian Grand Prix on Friday as Michael Schumacher produced a much-improved and competitive performance.
Hamilton, the 2008 world champion, topped the time-sheets with a best lap of one minute and 34.921 seconds, setting his best effort early on as the McLaren team made clear that the wide open Sepang track is to their liking.
The 41-year-old Schumacher, unimpressive in the two opening races in Bahrain and Melbourne since returning with the new Mercedes team, worked consistently on his car's set-up for improvements and wound up in fourth spot.
It was good enough to prove he remains a force, but not good enough for him to outpace his team-mate and fellow German Nico Rosberg who produced a fast late lap to take second spot.