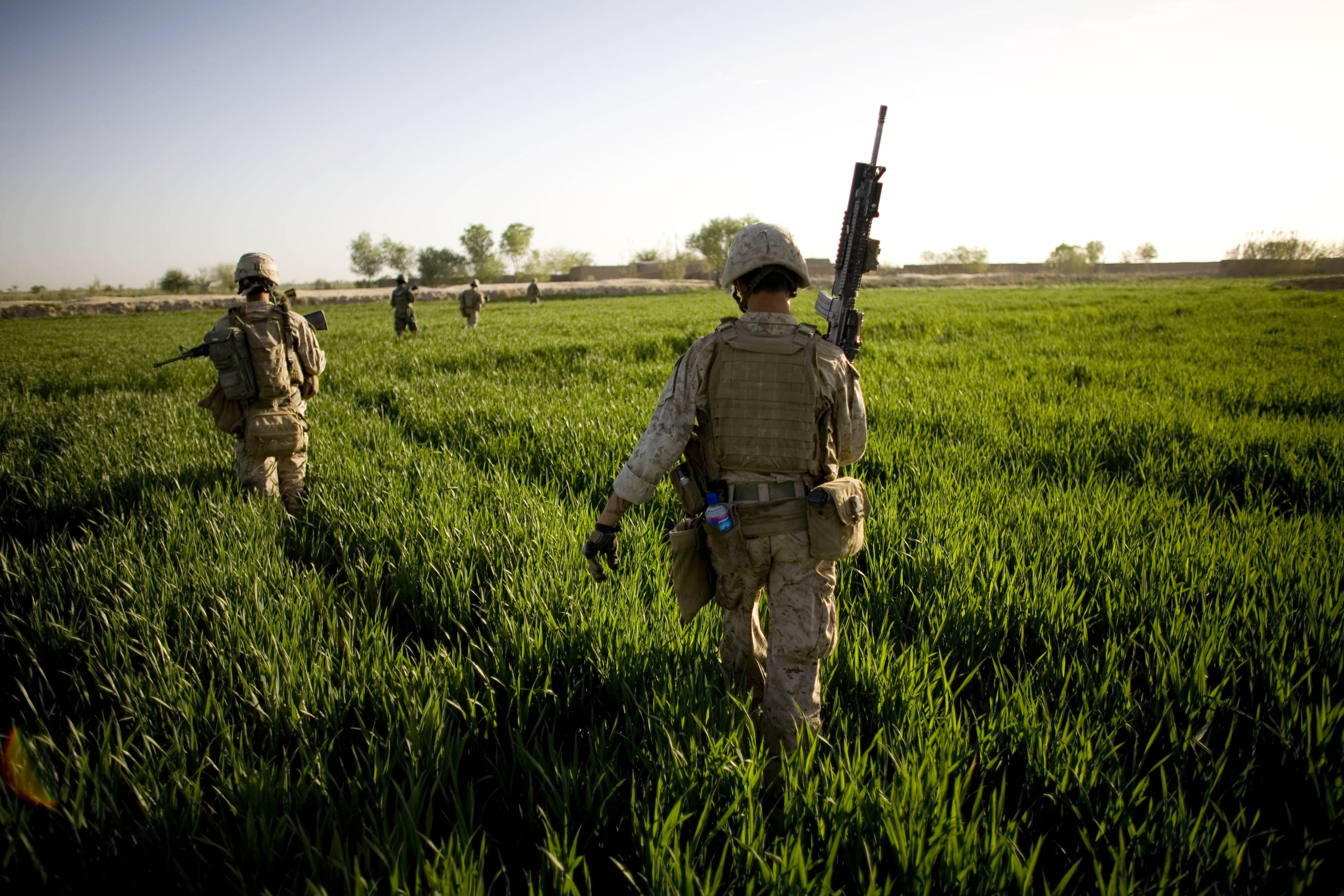 The tribal elders gathered in the desert outside Marjah, the frontline of the U.S.-led battle in southern Afghanistan to provide services and security after years of Taliban control.
Around 20 sat in a circle, waiting for Lieutenant Colonel Brian Christmas, U.S. Marine commander in northern Marjah who has - so far - kept American troops out of the small village of Sistani to the northwest.
Nearly two months after U.S. Marines led what was billed the biggest offensive against the Taliban in more than eight years of war, troops still come under daily fire from insurgents and bombs are still exploding.
Four recent bomb attacks wounded at least nine U.S. or Afghan service personnel and clashes between Marines and insurgents are frequent.
When the Americans reached Sistani, they encountered no Taliban and no fighting, so they agreed to an elders' request not to patrol the village.
But intelligence reports suggest that fighters increasingly use Sistani as a rear base, building IEDs and infiltrating Marjah to attack Marines then slipping back to hide out of reach. "There are Taliban among you. There are Taliban sitting here. I know it. I encouraged it. And it is good," Christmas tells the group.
In the second row, where Christmas thinks the Taliban are sitting, men look away or finger their prayer beads.
"Not all Taliban are bad. Some have been influenced by foreigners, from Iran or Pakistan. But now Taliban should lay down their weapons," he says.
Although providing reconstruction and services to communities is integral to the new U.S. strategy to quell the Afghan conflict and allow American forces to start leaving in mid-2011, efforts remain tentative.
"As long as there is peace in Sistani, ANA (Afghan National Army) and Marines will stay outside and life can get better," Christmas says.
He recalls how a U.S. Marine was wounded when a bomb hidden in a goat carcass exploded while being transported by a donkey.
"It's up to you to decide what you want," he says - put simply it's a choice between American guns or American resources.
The aid on offer is simple in this desperately poor and deeply conservative rural backwater rising out of the desert: wells, schools and mosques.
Elders say there are no government schools, only 46 mosques in the district of Sistani, some of which operate madrassas offering basic education.
Many boys don't go to school because outlying mudbrick homes are too far from the nearest madrassa.
Trial elders say they are worried about vehicles being searched at checkpoints on the outskirts of Sistani. "Sometimes it takes two hours to get through," complains one Afghan with a long black beard.
Searches will continue, Christmas says, but he also promised that Afghans will soon have identity cards, which will ease the Marines' work. "The average search time is 18 minutes. We are getting better," he says.
The tribal elders clamour for schools, school supplies and dozens of wells. "We'll start by providing wells to the bazaar, because it's for community use. Then we'll move to individuals," Christmas says.
The tribesmen say they have six teachers and "one or two" doctors. Sistani is even poorer than Marjah because the desert cannot support the poppy that earns many southern Afghan farmers a basic subsistence.
"We want six small schools," pipes up one Afghan.
"Ok. Tell me where and we'll build them," said Christmas. "How many school teachers do you have? We can build schools and pay school teachers."
The Americans promise to return again with a map to work out where Afghans want to put wells, schools and mosques. They say residents of Sistani can work on the most urgent construction projects - hired and paid by the Marines.
An explosion blasts through the desert in the distance. No one reacts.
The shura finishes with a prayer. Everyone, Marines included, bow their heads and hold out their palms, Muslim-style towards the sky.
The Afghans then bid farewell and disperse.
"Now we have to wait," concludes Christmas.