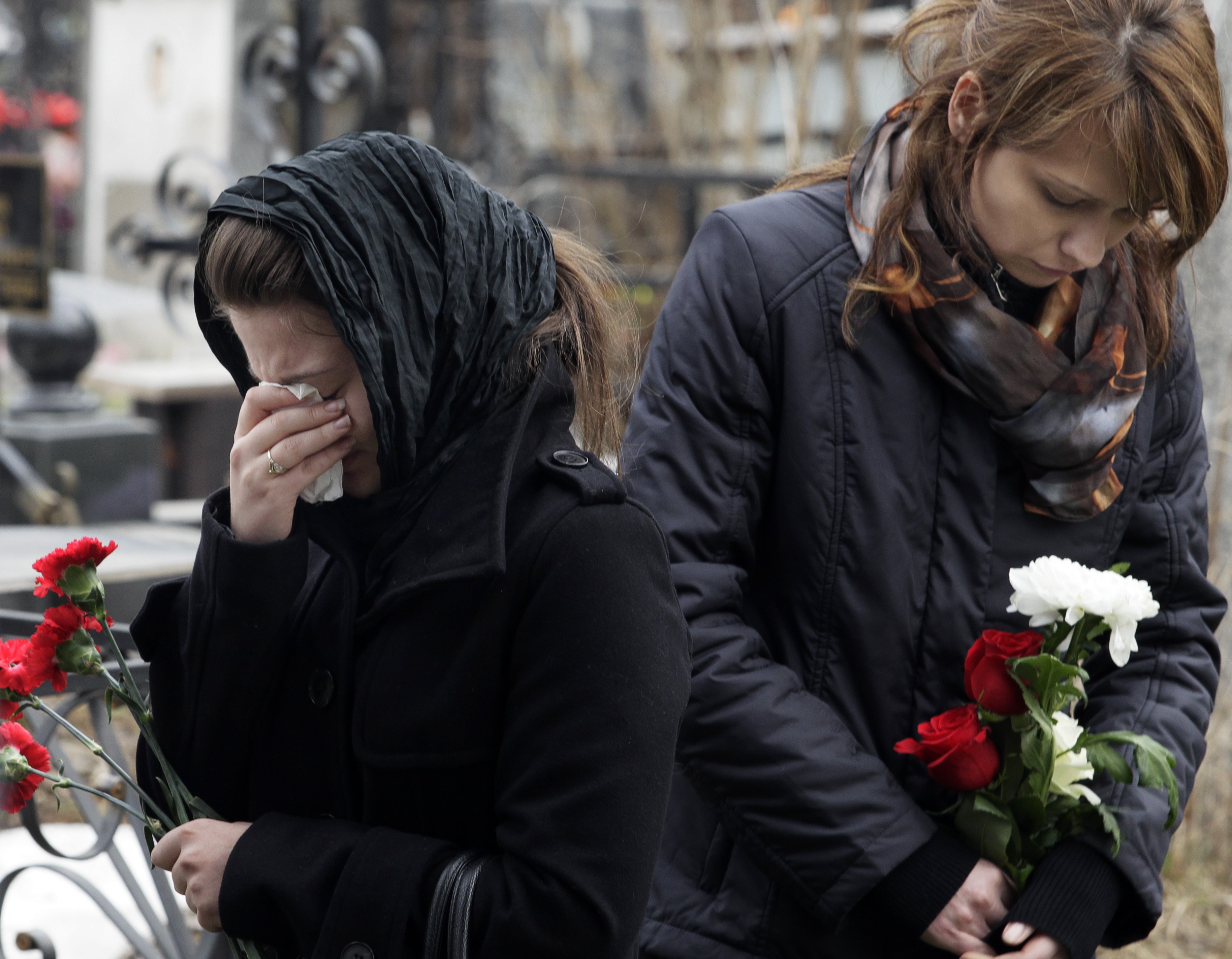 The controversial tactics of Russian forces in the North Caucasus have again come under scrutiny after the Moscow bombings which militants claimed was revenge for a bloody raid in February.
Tactics in raids against militants in the Northern Caucasus - known by the authorities as special operations - have long been criticised by rights groups for being overly brutal and targeting civilians as well as militants.
This is despite the authorities' insistance that the force used in raids is commensurate with "anti-terror" operations and civilians are given ample warning to vacate affected areas.
But rights groups say that when a group of men, many of them minors, went in February in the mountains of the North Caucasus to pick wild garlic, four of them never came back after becoming caught up in a Russian special operation.
Their bodies were found later with gunshot or knife wounds as their group got ensnared in a special operation against militants, said Memorial, a top Russian human rights groups that investigated the tragedy.
The accusations were horrifyingly reminiscent of the abuses carried out by Russian forces - extensively chronicled by Russian and foreign rights groups - in the two wars against Chechen separatists after the Soviet collapse.
The February special operation was described by the mass-circulation normally staunchly pro-Kremlin daily Moskovsky Komsomolets as "one of the largest failures of the federal forces in the North Caucasus in recent times."
Few outside the North Caucasus noticed at the time.
That is until Wednesday when the leader of the Islamist group the "Emirate of the Caucasus," Doku Umarov, said twin suicide attacks on the metro this week that killed 39 were revenge for the deaths in the operation.
President Dmitry Medvedev and the government of Prime Minister Vladimir Putin preferred not to make comments about the special operation, on the border between the North Caucasus regions of Ingushetia and Chechnya.
But local authorities said the men were caught in the crossfire and offered apologies to the relatives of those killed.
Moskovsky Komsomolets said a total of 14 civilians had been killed in an air strike and some 150 civilians were at the site of the special operation at the time.
The spokesman for Ingush president Yunus-Bek Yevkurov, Kaloi Akhilgov, said four civilians were killed and two more wounded.
But Medvedev, visiting the North Caucasus region of Dagestan on Thursday, defended the actions of the Russian forces in the region and lambasted some media for their reporting on special operations.
"I believe that our media should not split society when it comes to the issues of fighting terror, otherwise we will become weak and from a nation that is only beginning to experience revival we will turn into a mess."
"You cannot compare the fight with bandits to the lives of ordinary people.
"This is immoral, this is simply disgusting, no civilized country which tries to fight terrorism - has it."
After the bombings, Russian strongman Prime Minister Vladimir Putin indicated there would be no change in tactics in the fight against militants who he said had to be "destroyed."
In a video message posted online, Umarov said the bombings would go on as long the "crimes committed by the gangs under Putin continued in the Northern Caucasus."
Oleg Orlov, head of the Memorial human rights group, expressed concern that the situation in the North Caucasus had largely spun out of control after Chechen separatism mutated into a broader movement seeking to impose radical Islam.
"Two absolutely inhuman machines are at work on both sides," Orlov told AFP.
"We've seen hundreds of such operations before."
"Ordinary people very often lose their lives during special operations," added Magomed Mutsolgov, head of Ingush human rights group Mashr.
"People can see that."