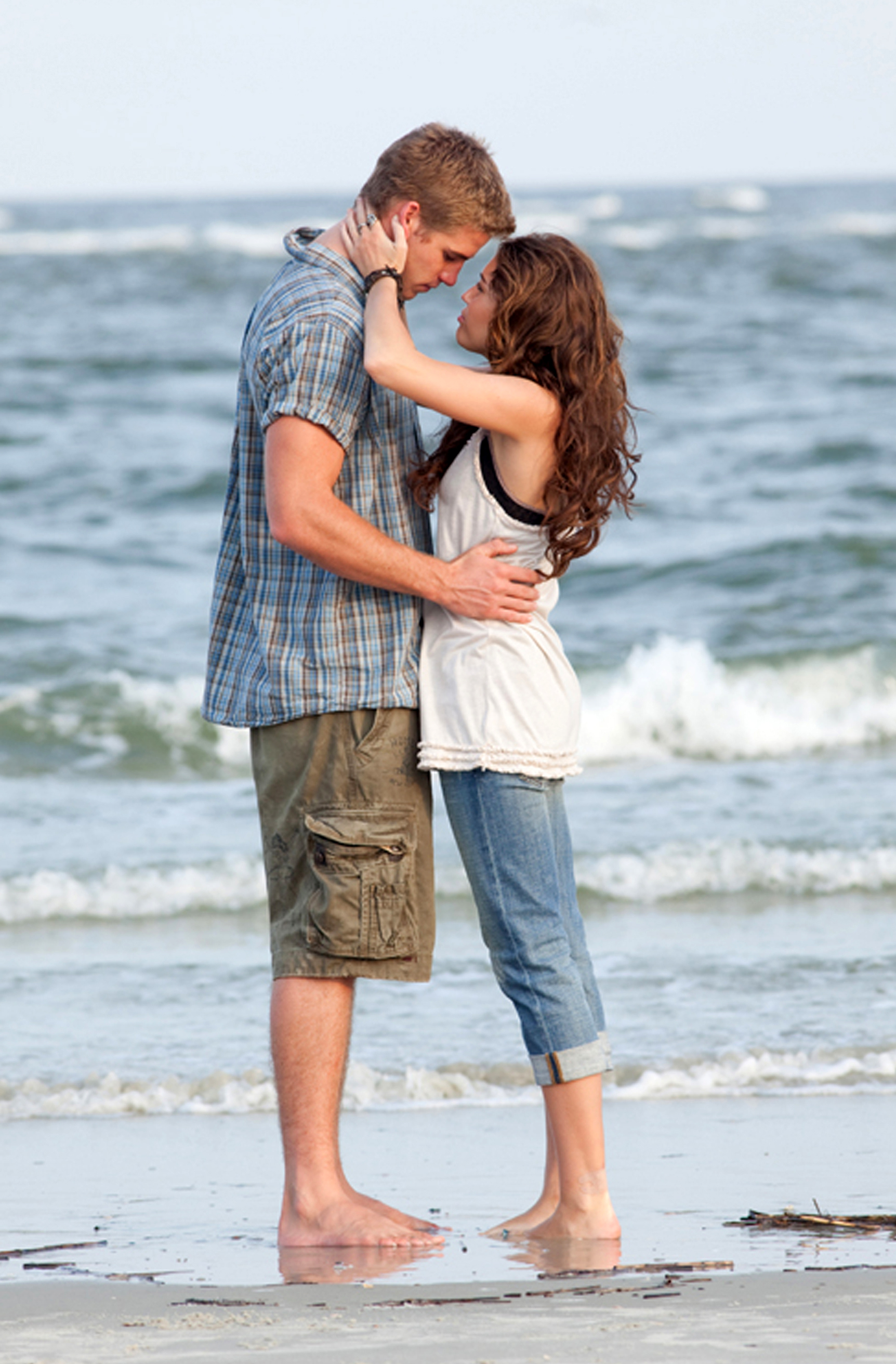 The romantic melodrama machine that is Nicholas Sparks keeps running at full capacity.
The prolific author, whose weepy love stories include the Hollywood hits "The Notebook" and "Dear John," returns to the big screen Wednesday with "The Last Song," which he wrote specifically for Miley Cyrus.
It was not just a case of writing an original movie script for Cyrus. Although the screenplay did come first, Sparks developed the story with the same detail he applies to his books. Working backward, once the script was done, Sparks sat down to write the novel.
Having already written the movie version, Sparks thought the novel would be a breeze. No such luck.
"After I wrote the screenplay, I thought, oh great, this is it. I'm going to do a novelization. Nope. That novel was so challenging to write on a number of levels that had nothing to do with the screenplay," Sparks said in an interview.
"You want to make it is its own unique work, because primarily, I am a novelist. I wanted a really good novel."
Sparks, 44, finished the book as production was ready to start on the movie last year. The novel was published a few months later.
"The Last Song" casts "Hannah Montana" star Cyrus as a sullen teen reluctantly spending a summer with her estranged father (Greg Kinnear), a pianist and composer who hopes his gifted daughter will resume her own studies at the keyboard.
Sparks let Cyrus choose her character's name, and he wove in a few other themes and attributes in which she was interested. Cyrus never was looking over Sparks' shoulder as he wrote, though.
"I let him do his thing. I wouldn't want someone to do that to me when I'm song writing. It's very difficult when something's not finished, and people are giving you advice," Cyrus said. "At the end, I was definitely thrilled. If there was anything, I would have told him, but there was nothing wrong."
As usual for Sparks' stories, romance and tragedy mix throughout "The Last Song." Sparks has endured his own misfortunes: his mother died in a horseback-riding accident, his father in a car crash and his sister died of cancer.
The beefy former college track star looks more the sort to turn to action thrillers than love stories. Yet since "The Notebook" came out in 1996, Sparks has owned the teary romance genre.
"The Notebook" "was a story I thought I could write, and I had some success. So I've literally kept doing that over and over, and I found that it is a genre that is immensely difficult," Sparks said. "It's really hard to make a career out of it. And why is that? Because you read these novels with a different goal than you read other novels.
"You read thrillers because you know kind of what to expect. You know that in the end, the bad guy's going to get caught. You read me because you don't know what to expect. Is it going to be happy? Do they get together? Do they not? Does someone die? Does Richard Gere drive off a cliff in South America? You don't know, and so you read for a surprise. And to be honest, the more books you write, the harder it is to surprise people."
He has managed to hold Hollywood's interest. Along with "The Last Song," "The Notebook" and "Dear John," Sparks' books "Message in a Bottle" and "A Walk to Remember" have been adapted into movies, while "The Lucky One" also is headed to the big screen.
Meanwhile, Sparks began his latest novel Feb. 17 and needs to finish it by May so his publisher can have it out this fall.
Does he like that sort of pressure?
"No, I do not," Sparks said. "I'm not a happy person working under it, but I work well under it."