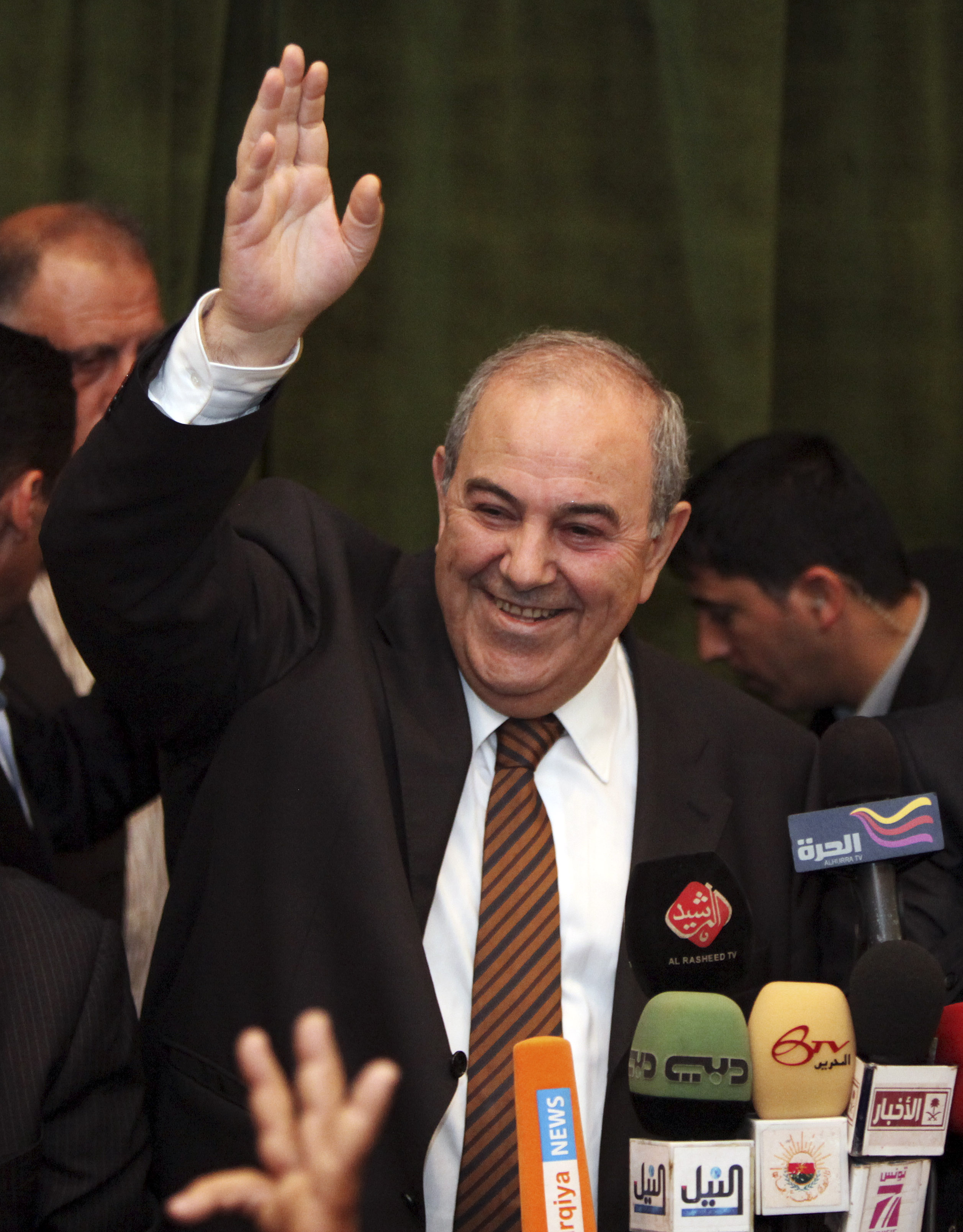 First came a narrow and surprising election victory by the former Iraqi prime minister, Ayad Allawi. Then a demand by the stone-faced current office-holder, Nouri al-Maliki, for a recount, as his supporters hurled charges of election fraud, vote buying and other rough-and-tumble political shenanigans. "No way we will accept the results!" he vowed.
Some political analysts fear that turbulence ahead could delay the scheduled withdrawal of U.S. combat troops this summer. They worry about instability and violence.
But here's what we see: Iraqis are embracing democracy with ferocity and purple-fingered majesty. The Sunnis who boycotted parliamentary elections in 2005 stampeded to the polls this time, voting overwhelmingly for the secular Allawi.
Maybe Iraqi pols aren't promising to pave the alley or deliver a new garbage can - mainstays in the Chicago ward boss's vote-garnering arsenal - but democracy in Iraq is starting to look like democracy, well, everywhere else. Which is to say, it's chaotic and unpredictable. Maybe some people are voting early and often, in the Chicago tradition of electoral hijinks. There's no word yet on whether there was a significant graveyard turnout.
But remember: Eight years ago, Iraqis went to the polls in an immaculate election. Immaculate and completely fraudulent. The vote: 11,445,638 to 0 for dictator Saddam Hussein. Even the most brazen Chicago ward boss wouldn't try to steal every vote.
When the U.S.-led coalition toppled Saddam Hussein in 2003, the hope in Washington was that democracy would take hold in Iraq and provide a powerful model for the rest of the Middle East. That is happening now:
The brave Iranians protesting their hijacked 2009 presidential election can see it happening. And so can Egyptians rising in opposition to another term for increasingly frail President Hosni Mubarak. Those who aspire to democracy in countries like Saudi Arabia and Syria are watching, too.
No one knew how or whether democracy would thrive in Iraq after Saddam. It was a calculated risk. A country riven by religion could split further apart. You could flip on a cable news channel and find all manner of alleged experts predicting that democracy never would thrive in Iraq: This was a cobbled-together country whose long-oppressed citizens didn't have a sophisticated political heritage on which to rely.
Those predictions were just wrong.
Yes, deep divisions still cleave Iraqis. But they're voting for leaders who promise government focused on Iraq, not on this or that religious sect. They're also diminishing the clout of Iranian-backed parties allied with the militant cleric Muqtada al-Sadr. That's good.
In 2004, Allawi became the U.S.-backed prime minister. The next year, he was derided as an American puppet and trounced at the polls. But now he's back. Why? Because he appealed to a broad swath of Iraqis who don't want a leader skilled only at pandering to narrow religious concerns. They want an Iraqi leader.
Iraq probably faces months of political turmoil in the aftermath of the election. Allawi and al-Maliki are formidable rivals and they'll marshal their forces to build the parliamentary majority that would make one of them prime minister.
Both have shown they can do the job with grit and tenacity. The more important news for Americans who have wondered where the toppling of Hussein would lead:
Like other democracies around the world, Iraq's is in good hands: the voters'.