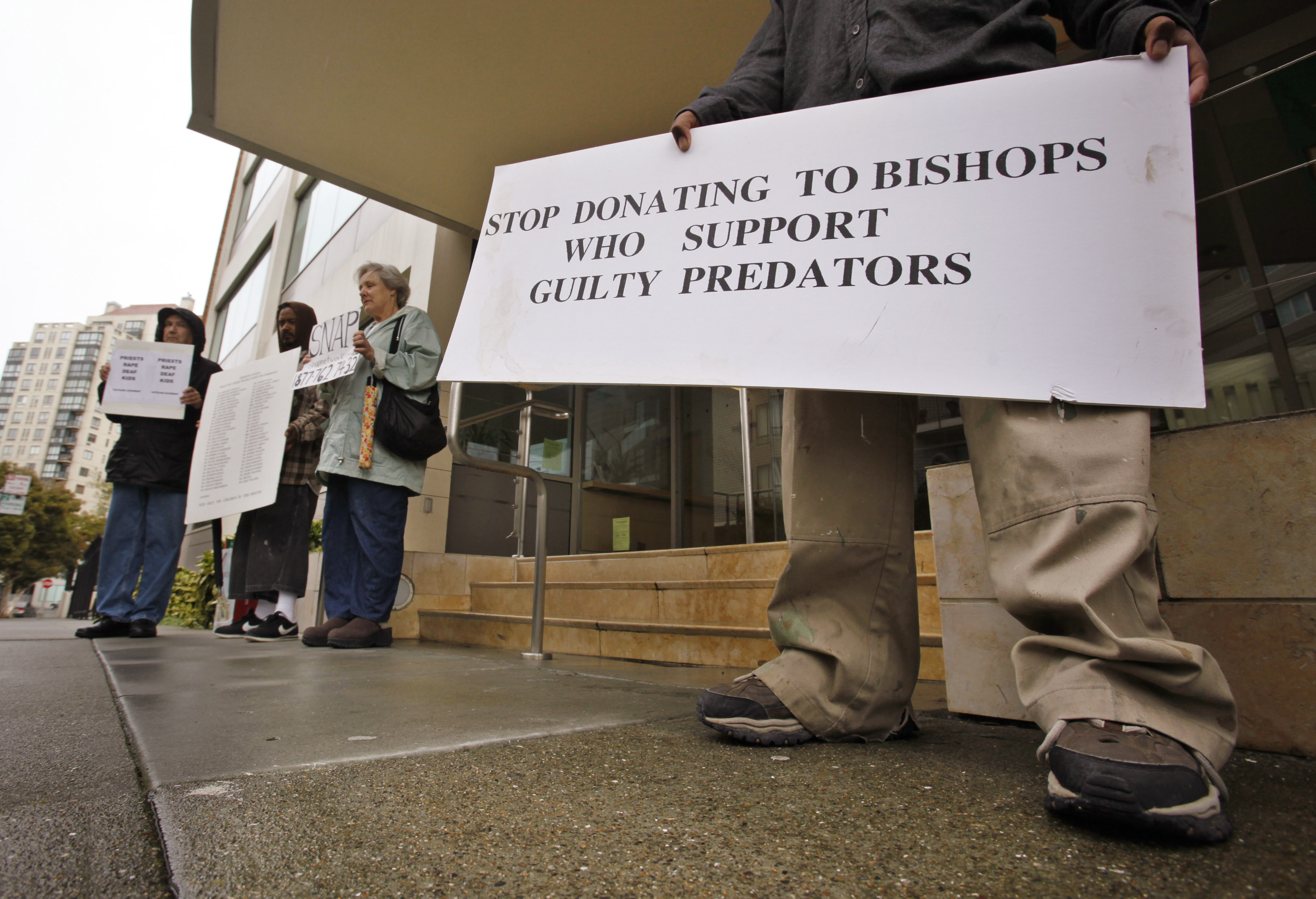 One of the decisions confronting Pope Benedict XVI as he struggles to contain an abuse scandal whose tendrils now appear to extend into the Vatican may have a particular resonance in the United States.
That decision involves what to do about a wealthy and influential order, the Legionaries of Christ, and the worldwide lay movement it operates, Regnum Christi. The former includes 800 priests and the latter as many as 75,000 members. Around the globe, the Legionaries operate 120 seminaries, universities, schools and Catholic newspapers. Their ability to recruit future priests in an era of declining vocations has impressed the Vatican; today 2,600 are preparing for ordination in their seminaries.
The Legionaries were founded in Mexico in 1941 by a seminarian, Marcial Maciel, who went on to lead what quickly became the church's fastest-growing religious order and one of its most powerful. That power came from the socially well-connected Maciel's ability to raise astonishing sums of money, and from his insistence on unquestioning loyalty to papal authority.
All of this made Maciel and the Legionaries great favorites of Pope John Paul II, who believed new, traditionalist orders - like the Legionaries and Opus Dei - would provide a bulwark against secularism. The pontiff publicly called Maciel "an efficacious example to youth" and took him along as a key adviser on his trips to Latin America.
This papal approval tended to obscure the Legionaries' creepy internal organization, which involved a cult of personality built around Maciel, internal spying and demands for absolute obedience. At ordination, Legionaries swore a vow - since abolished by Benedict - never to speak ill of a superior and to report anyone who did.
In retrospect, it all seems perfectly designed to shield Maciel from scrutiny - something he desperately required because he was a lifelong sexual predator who molested numerous seminarians and fathered at least one child.
Allegations of molestations circulated for years but broke into the open in 1997, when two reporters from the Hartford Courant produced a series that exposed Maciel's misconduct. The Legionaries denied everything and hired top-drawer law and public relations firms to discredit the Courant and its reporters. An investigation was opened by the Vatican's Congregation for the Doctrine of the Faith, then headed by Cardinal Joseph Ratzinger, but went nowhere, reportedly because John Paul didn't believe the charges.
By the time Ratzinger became Pope Benedict XVI, further revelations had occurred, including the exposure of Maciel's mistress and daughter in Spain. The investigation was reopened, and Maciel was ordered to retire from public life and spend the rest of his days in prayer and penance. He died in 2008 at 87, still a priest.
The new pontiff also ordered five bishops to look further into the Legionaries. Earlier this month, they reported back to the Congregation for the Doctrine of the Faith, now headed by Los Angeles-born Cardinal William Levada. Levada is expected to recommend that Benedict either dissolve the order or, more likely, completely reorganize it under new leadership.
What's interesting about all of this is that a list of Maciel's most vociferous defenders reads like a who's who of the conservative Catholic intellectuals who, in recent years, have insisted that Catholicism and membership in the Democratic Party are all but incompatible. Among Maciel's defenders have been the late Father Richard John Neuhaus, whose journal, First Things, is a bible for conservative Catholics; William Donohue of the Catholic League for Religious and Civil Rights; Harvard law professor Mary Ann Glendon, who refused to accept an award from Notre Dame because it invited President Obama to speak at its commencement; former Secretary of Education William J. Bennett, now a talk-show host and commentator; and Deal Hudson, President George W. Bush's Catholic liaison.
In fact, when the Vatican ordered Maciel into retirement, Neuhaus - who earlier had written that he knew the man's innocence as "a moral certainty" - told the New York Times: "It wouldn't be the first time that an innocent and indeed holy person was unfairly treated by church authority."
Do Bennett, Glendon, Donohue and Hudson still agree with Neuhaus? The resolution of the Legionaries of Christ case will be a test not only for Benedict but also for those conservative American intellectuals who have yet to explain how they came to give such unstinting support to a malevolent sexual predator.
ABOUT THE WRITER
Timothy Rutten is a columnist for the Los Angeles Times. Readers may send him e-mail at timothy.rutten@latimes.com.