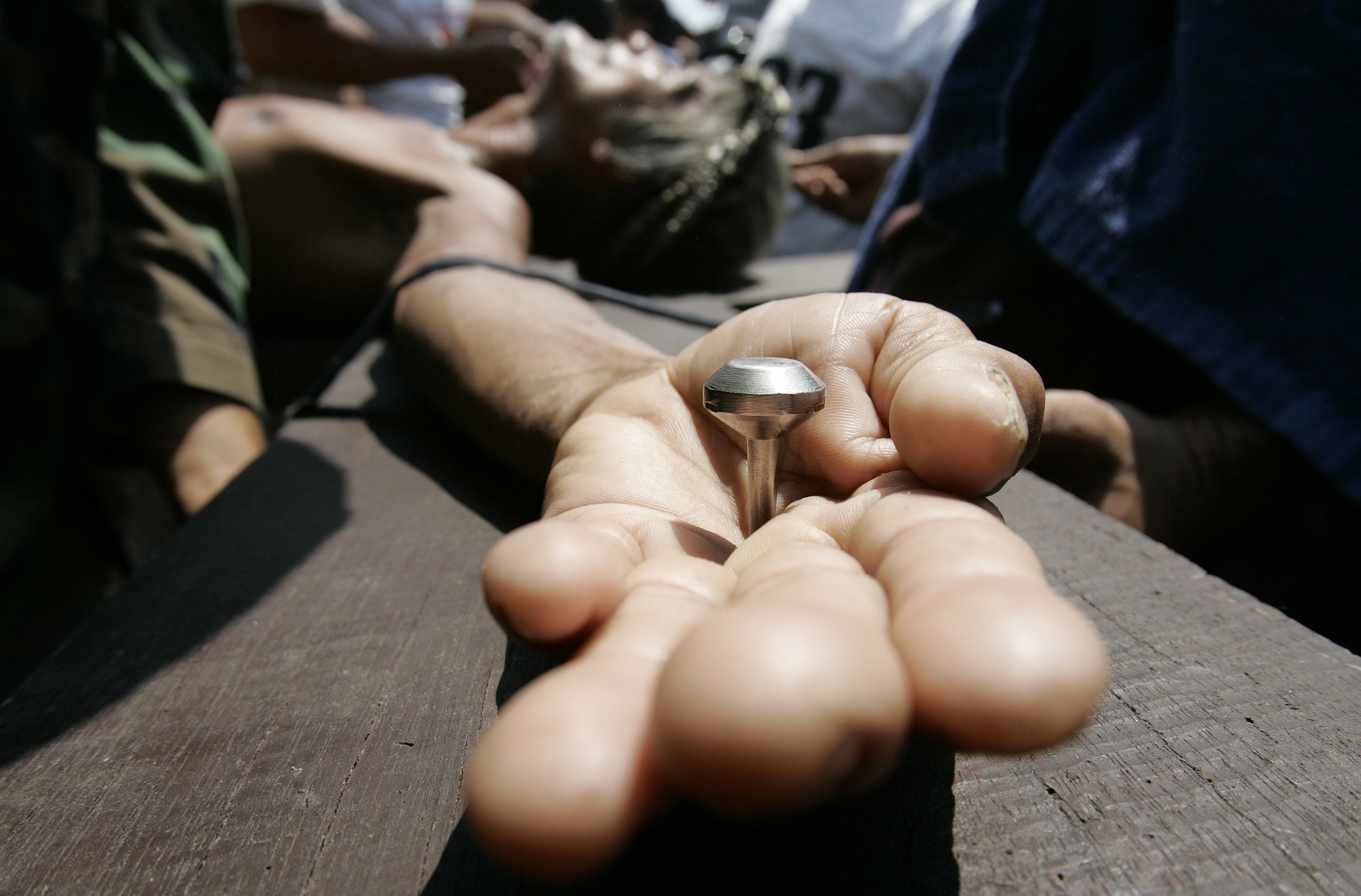 Filipino devotees had themselves nailed to crosses yesterday to remember Jesus Christ's suffering and death - an annual rite rejected by church leaders in the predominantly Roman Catholic country.
At least 23 people were nailed to crosses in three villages in northern Pampanga province's San Fernando city to mark Good yesterday, with foreigners banned from taking part this year except as spectators, said Ching Pangilinan, a city tourism officer and one of the organizers.
She said the ban was imposed after some foreigners took part in previous years just to make a film or make fun of the rites.
"We don't want them to just make a mockery out of the tradition of the people here," Pangilinan said.
The event yesterday drew more than 10,000 Philippine and foreign spectators, she said.
Many gathered at San Pedro Cutud, a farming village where devotees dressed in robes and tin crowns walked to a dusty mound carrying wooden crosses on their backs. At the mound, men nailed their hands and feet to the crosses.
Among the devotees was Ruben Enaje, a 49-year-old sign painter who was nailed to a cross for the 24th time as his way of thanking God for his survival after falling from a building.
Mary Jane Mamangon, a 34-year-old rice cake vendor, was the lone female devotee to be nailed to a cross this year in San Juan village. It was her 14th time.
She said she started when she was 18 and has taken part in the annual rites on and off to seek God's help in saving her ill grandmother and now her younger sister, who is suffering from cancer.
"I do it because I have seen that it works," she told reporter. "I saw how my grandmother recovered from her illness."
Mamangon said she has faith that God will take care of her and her family.