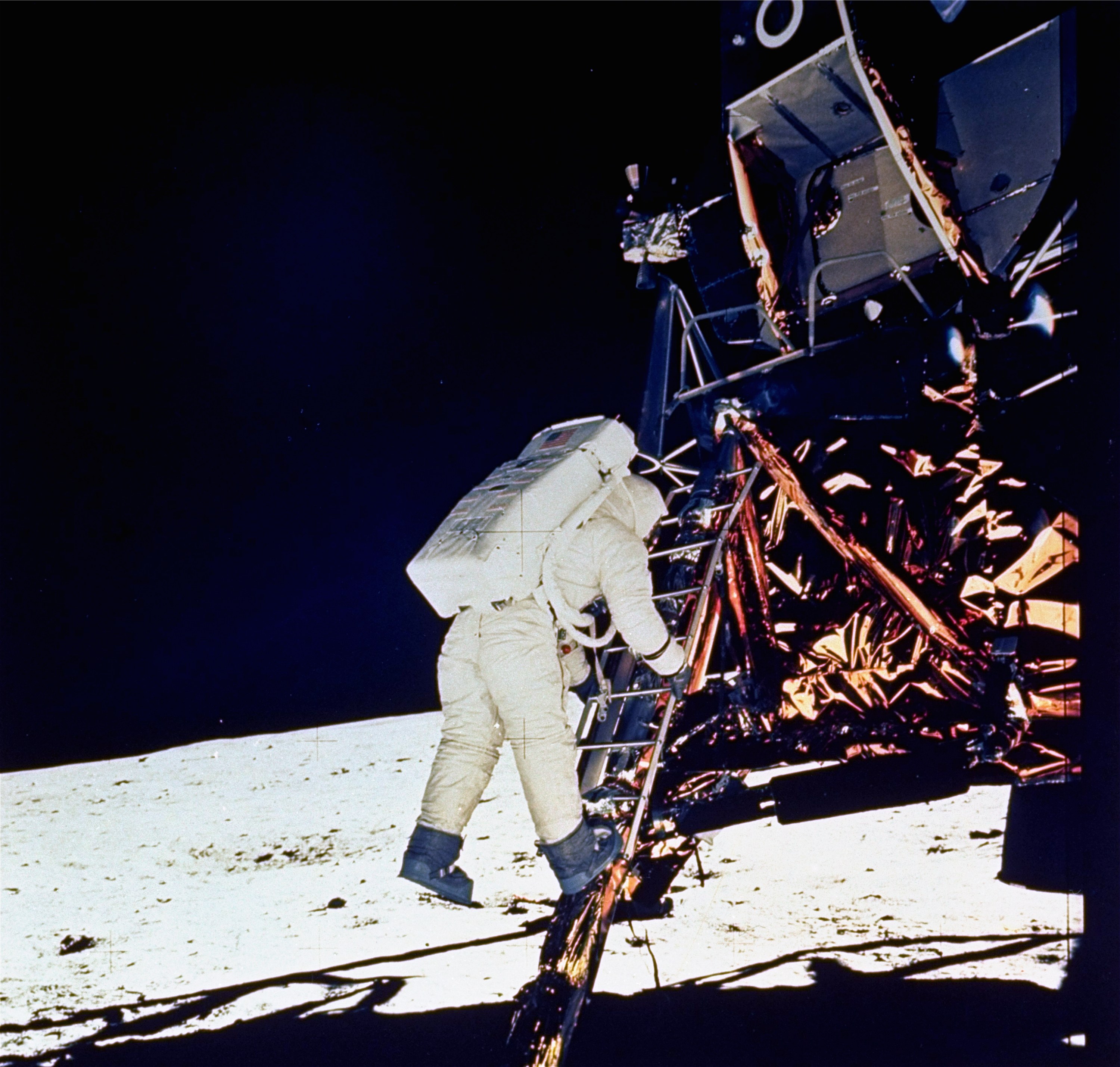 A California preservation panel has taken the unusual step of naming the 1969 Apollo 11 moon landing site as a state historical resource.
The vote on Friday by the California State Historical Resources Commission is part of an effort by several states to have Tranquility Base become a national historic landmark and then a world heritage site.
The designation applies to everything left on the moon by astronauts Neil Armstrong and Buzz Aldrin, not the lunar surface.
State Historic Preservation Officer Milford Wayne Donaldson says similar moves will be made in Texas, New Mexico, Georgia and Florida - the other states highly involved in the Apollo program.
The Apollo 11 lunar module Eagle set down on the moon's Sea of Tranquility on July 20, 1969, with Armstrong calling to mission control: "Houston, Tranquility Base here. The Eagle has landed."
In all there are more than 100 items that the astronauts had to leave behind, Donaldson said. They include science instruments, tools, trash and the spider-legged descent stage of the lunar landing craft. The astronauts used the upper half of the craft to return to the command module orbiting the moon, which took them home.
Ironically, the vote came as a White House official confirmed that President Barack Obama's upcoming budget proposal would essentially ground NASA's plan to return astronauts to the moon.
Donaldson, however, pointed to private space initiatives including the pending Google Lunar X Prize - US$30 million for putting a privately financed robot lander on the moon.
"It's not inconceivable - even if we don't as a government get up there - we could have people visiting the moon," he said. That could spell trouble for the undisturbed footprints and relics of the 1969 Space Age site.
"There's always that fear: If you're going to the moon, where would you want to go? Obviously, the first landing," Donaldson said.