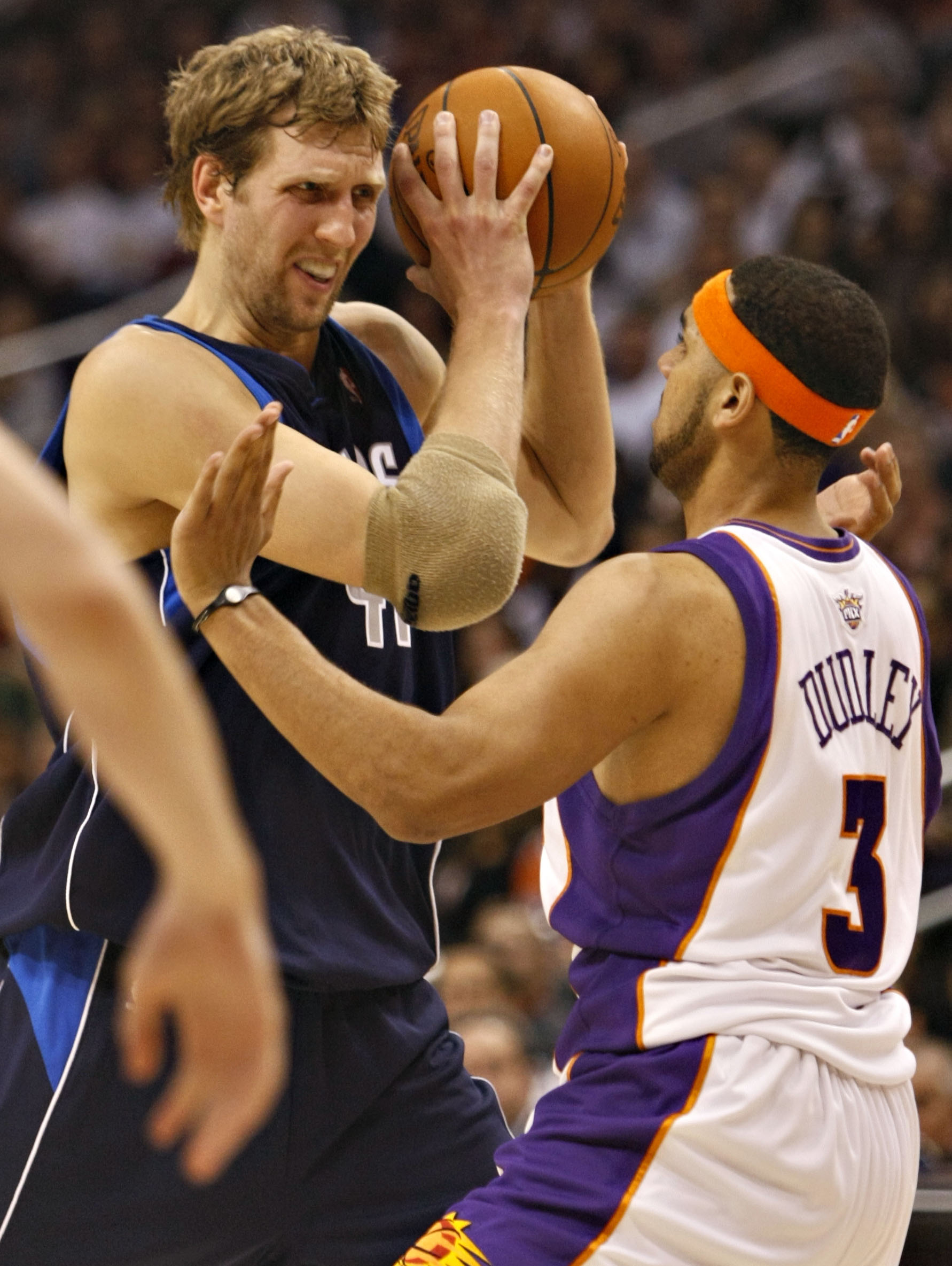 Dallas forward Dirk Nowitzki will play in front of his adopted hometown fans as the National Basketball Association announced its 2010 all-star reserves on Thursday.
Germany's Nowitzki will suit up for his ninth consecutive all-star game on Feb. 14 at Cowboys Stadium in Dallas.
"It is an honor to represent the Mavericks in my new hometown of Dallas," Nowitzki said. "I am always thankful for the opportunity to play in the all-star game. We hope to put on a good show for our fans."
Among the reserves named Thursday were seven players who were voted in for the first time. NBA fans voted in the starters while the coaches selected the reserves.
Oklahoma City Thunder forward Kevin Durant, Utah Jazz guard Deron Williams and Memphis Grizzlies forward Zach Randolph will be competing in their first all-star games for the Western Conference.
In the East, Atlanta and Boston have two reserves in the game, as Celtics guard Rajon Rondo and forward Paul Pierce will be joined by Hawks guard Joe Johnson and center Al Horford. It will be the first all-star appearances for Rondo and the eighth for Pierce.
"There's going to come a day that they don't pick me," Pierce said. "So every time I get a chance to make it, it's definitely an honour."
Toronto's Chris Bosh is a Dallas native and is making his fifth consecutive all-star appearance.
"Just to be able to be an all-star year in and year out, that's a special feeling, but the fact that it's in Dallas is kind of a bittersweet thing," Bosh said. "Sweet because I get to play in front of my home crowd and it's bitter because everybody wants tickets."
Among the controversial starters this year is Allen Iverson who is having the worst season of his career. Iverson announced his retirement earlier this year then un-retired.
Iverson started the season with Memphis but lasted only three games with the Grizzlies. He is now with Philadelphia were he is averaging just 14.5 points in 20 games.