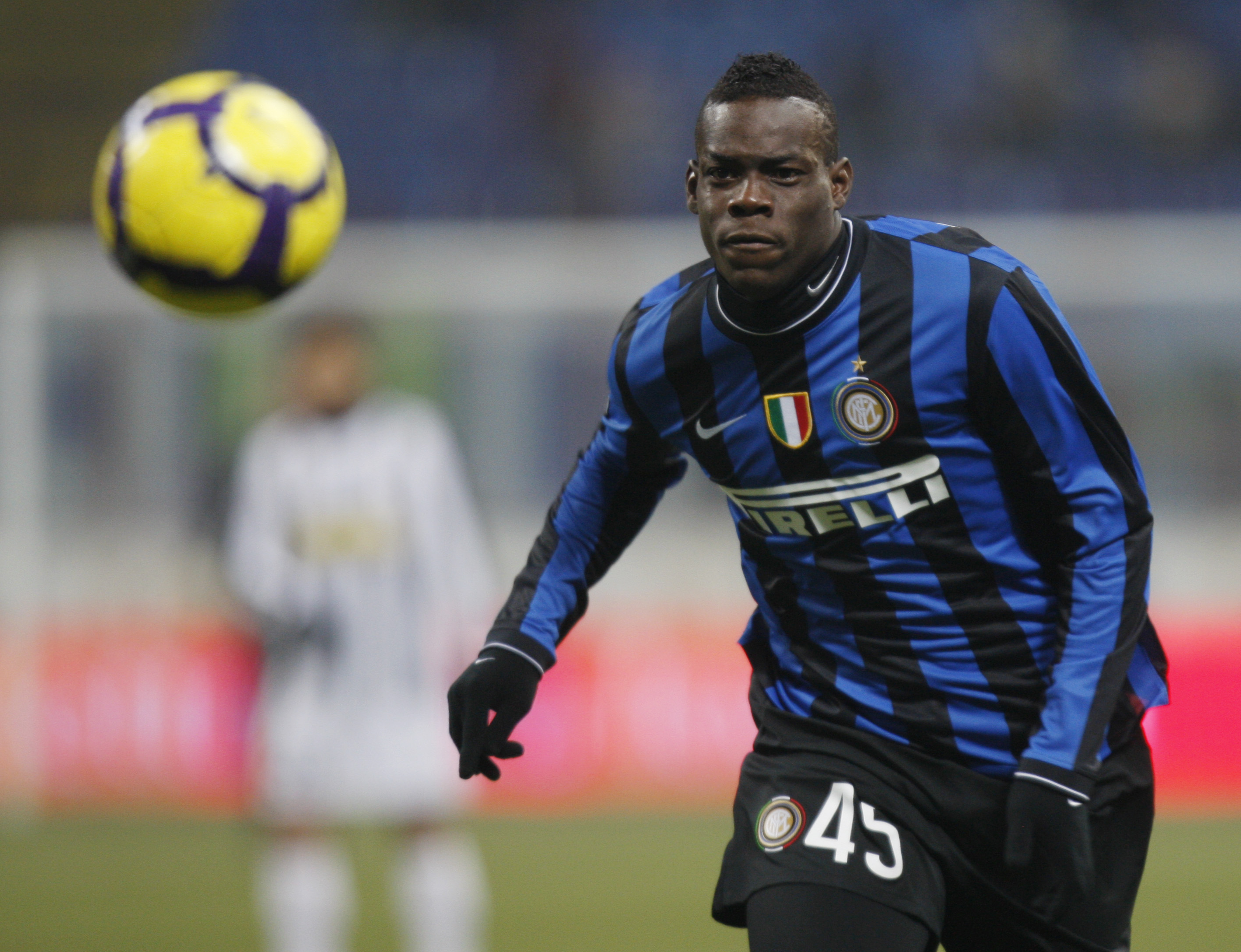 Mario Balotelli scored a last-gasp winner to help Inter Milan add to Juventus's misery on Thursday with a 2-1 comeback win at the San Siro that takes them into the semi-finals of the Italian Cup.
The forward, so often the target of racist abuse from Juve fans, thumped in the rebound of a Thiago Motta shot, one minute before the end after Lucio's 71st-minute goal had cancelled out Diego's early opener for the visitors.
Inter will face Fiorentina in a two-leg semi-final, the first of which will take place next week.
The match could be Ciro Ferrara's last in charge of Juve as Italian media say the club intend to sack him after a dreadful run of form.
Thursday's defeat leaves his side with little real chance of winning a trophy this season as they are already out of the Champions League and have dropped to sixth in Serie A, 16 points behind leaders Inter, after losing five of their last six league games.
But the former Italy and Juve defender insisted he has no intention of resigning.
"I've received no notification, so tomorrow I'll be in charge of training," he told Rai television.
Inter coach Jose Mourinho also said he sympathised with Ferrara's plight.
"What's happening is not nice," said Mourinho.
"If the club decides to fire him, very well, we know it is part of our job. But while we are working, we deserve respect. Unfortunately, no one respects Ferrara at the moment. I respect him."
Juventus took the lead in the 10th minute when Inter goalkeeper Francesco Toldo, who looked insecure after getting a rare start with Julio Cesar on the bench, let a seemingly inoffensive shot by Diego slip though his arms.
The hosts, who are nine points clear at the top of Serie A after Sunday's 2-0 derby win over second-placed AC Milan, had Juve pinned back for a spell after going behind and were unlucky not to have a penalty for handball by Felipe Melo in the 44th.
The Italian champions pressed even harder after the break.
Juve, without flu-hit captain Alessandro Del Piero and a long list of injured players, withstood the pressure for a spell and had chances at the other end.
Diego was not far off target with a good right-footed effort and defender Giorgio Chiellini hit the post with a header in the 55th.
But center back Lucio broke down their resistance by poking the ball home after a Wesley Sneijder free-kick took a big deflection off the wall before Balotelli sealed it for Inter.
The authorities closed the away stand of the San Siro to prevent Juve fans attending a match they considered high-risk of being hit by trouble.
The rivalry between the two sets of fans has always been intense but the situation has become especially fierce with Juve's fans repeatedly racially abusing Balotelli, an Italy Under 21 international of Ghanaian descent.