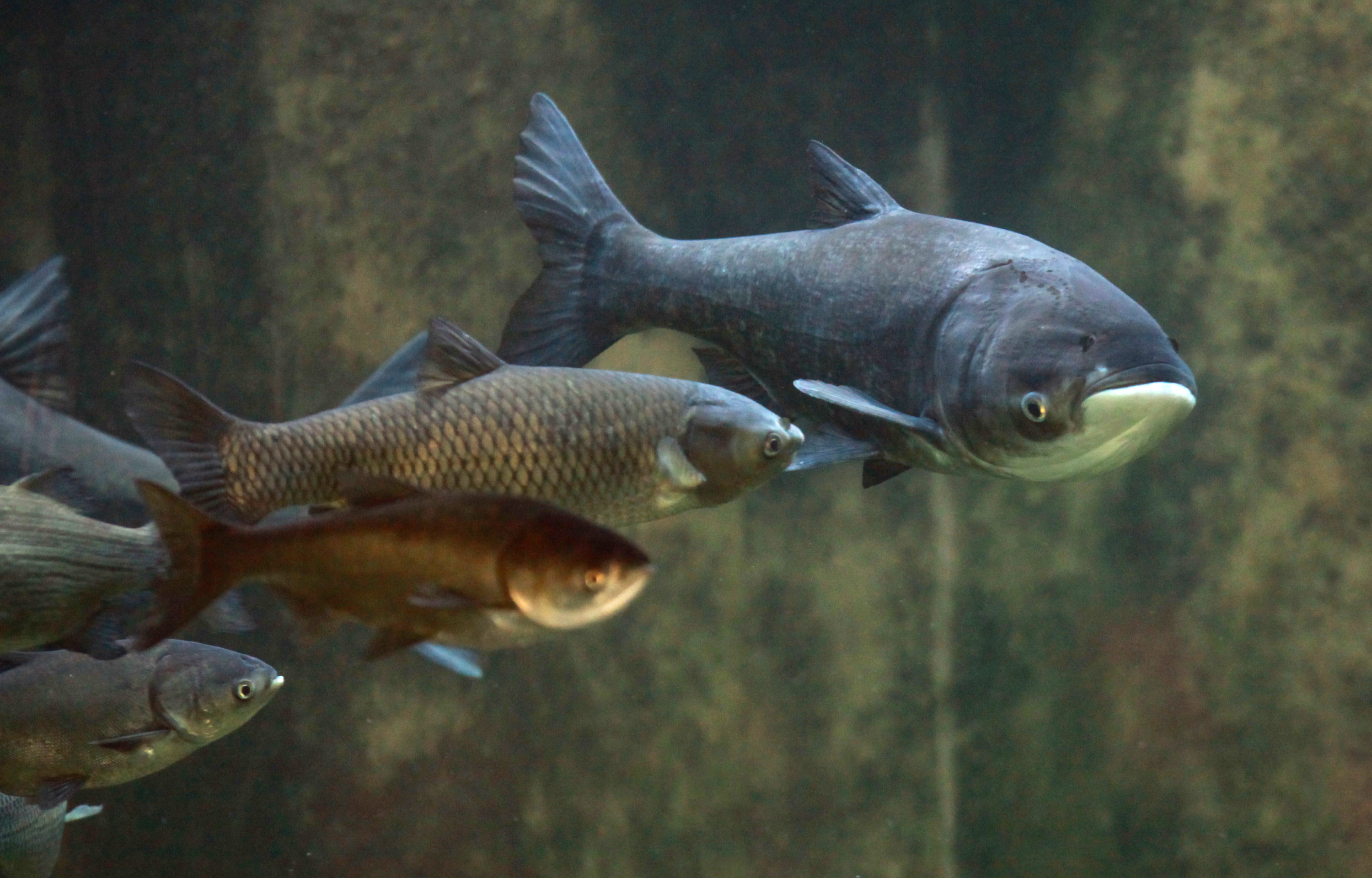 Welcome to CSI: Lake Michigan.
For biologists searching for the presence of Asian carp in the twisting rivers and channels that flow into Lake Michigan, it's helpful to view the entire Great Lakes watershed as a crime scene.
Asian carp, the invasive species that has left a trail of destruction on its 30-year migration up the Mississippi River and into Illinois, naturally leave behind tiny cells as they move through the water. These cells, most commonly found in fish scales, feces and urine, contain carp DNA that distinguishes them among millions of other fish in Chicago waterways.
Like investigators reconstructing a crime scene using fingerprints on a doorknob or lipstick smudges on a wine glass, biologists are using Asian carp DNA found in these cells to track the carp's movement. Using DNA to monitor aquatic life is not new, but this method has never been used in a freshwater environment like the Great Lakes, officials said.
Because experts haven't yet seen an Asian carp within about 40 miles of Lake Michigan, the DNA evidence is central to the legal and political firestorm that has put Illinois' carp crisis in the national spotlight. That has brought the reliability of environmental DNA, or eDNA, under scrutiny and prompted some to wonder if bad science is perhaps driving the Asian carp controversy.
"Some people hear about carp DNA being found near Lake Michigan and they just think the threat is imminent, which isn't exactly the case," said Democratic state Sen. Susan Garrett. "We need to be careful about how we talk about what we've found and what it means."
An invasive species expert and one of the architects of this eDNA method told Garrett and other state lawmakers that the science is sound. It's the interpretation of the DNA evidence that's up for debate.
"In terms of reliability, we know what we're picking up is big head or silver carp DNA. We're confident in our methods," said Lindsay Chadderton, the aquatic invasive species director at the Nature Conservancy. "The question people seem to be asking is whether the DNA could have gotten there by other means."
Since summer, researchers have combed Chicago's waterways north of the underwater electric barrier near Romeoville collecting more than 700 DNA samples. Water is scooped up in 2-liter bottles and taken to a laboratory for analysis. Water, which acts like liquid cement keeping the cell structure intact, is filtered through a fine glass filter paper. The remaining solids are examined for the presence of DNA under a microscope, Chadderton said.
When DNA from one of the four varieties of Asian carp is detected, the results are compared with known carp DNA markers and matched against a global database for aquatic DNA. The results are independently verified by the U.S. Environmental Protection Agency, Chadderton said.
Asian carp DNA has now been located in five locations north of the electric barrier, built in 2002 to keep the carp from advancing into Lake Michigan. One sample has been found in Calumet Harbor, inside the rim of the lake, a troubling sign that the millions of dollars spent to deter the fish haven't worked.
"As a tool, we're excited by what (eDNA) has been able to show us," Chadderton said. "But the results have been bittersweet since it's showing us something we never wanted to see."
While eDNA cannot definitively say whether a carp is alive or dead, Chadderton, who helped develop the science in partnership with the University of Notre Dame, believes the samples indicate the presence of live fish. Some have speculated that passing boats may have collected carp tissue in their ballast water downriver, where Asian carp are known to be in abundance, and carried it across the electric barriers. Others say Asian carp being used as bait in the canals and along the lakefront may trigger a positive result.
Chadderton said those scenarios are unlikely. Cell tissue, he said, typically breaks down between six and 48 hours, meaning there is a small window to collect usable tissue. An even bigger indication, though, is that positive samples have been found in locations that follow the known movement of Asian carp upriver, Chadderton said.
"The other (scenarios) people are talking about simply don't explain that pattern," Chadderton said.
DNA sampling has other limitations as well, like determining the sex of the fish or shedding light on how many there are in one location. Those are important details, Chadderton said, to understand the scope of the problem.