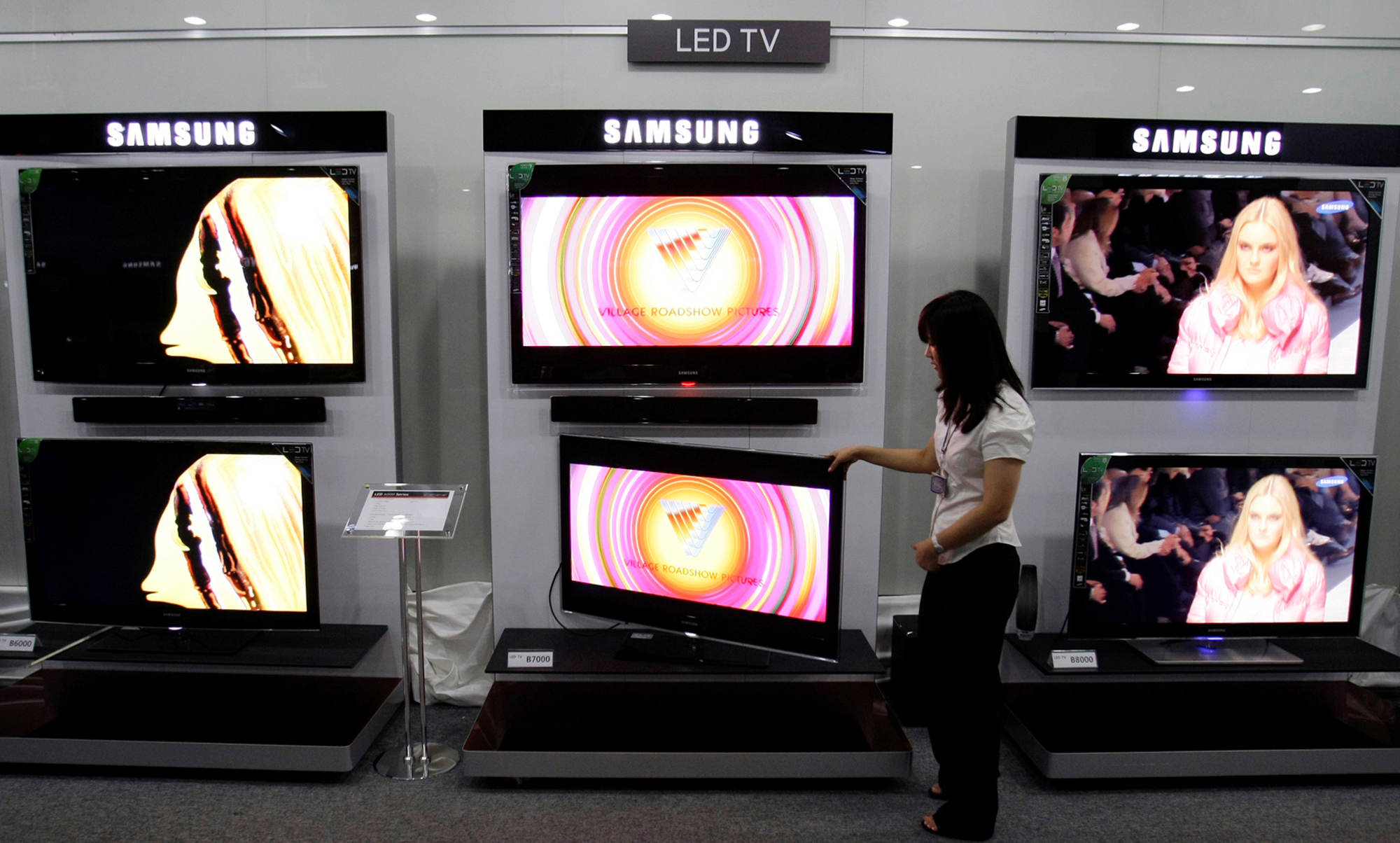 South Korean giant Samsung Electronics yesterday said its annual earnings rocketed last year to more than US$8 billion thanks to post-crisis demand for flat-screen TVs and higher chip prices.
Profit and sales for South Korea's biggest company, a global electronics leader that is now trouncing rivals such as Japan's Sony, jumped over the year as the consumer market perked up.
"We see this positive growth and performance flowing on into 2010 as the global economy continues to stabilize," said Samsung vice president Robert Yi.
Compared to 2008 net profit surged 75 percent last year to 9.65 trillion won (US$8.3 billion) thanks to higher memory chip prices and the stronger demand for products including high-end televisions.
Samsung, which employs some 164,600 people in 61 countries, said its sales increased to a record 89.77 trillion won compared to 72.95 trillion in 2008.
Its leading South Korean rival LG Electronics this week also reported robust sales of flat-screen TVs as the global consumer electronics market regains health faster than expected.
Analysts say Asian components makers are now racing to expand capacity after running down their inventories last year on expectations of a much longer economic downturn.
But demand worldwide has surged, fuelled by cheap credit and falling prices for consumer electronics, even if the West's retail sales as a whole are still sluggish.
For the fourth quarter of 2009, Samsung said it swung to an operating profit of 3.7 trillion won from an operating loss of 740 billion a year earlier when the global slump began to bite.
Net profit in the three months was 3.05 trillion won compared to a 20-billion-won loss in the fourth quarter of 2008.
Sales in the last quarter totalled 25.32 trillion won, up 37 percent from 18.5 trillion a year earlier.
The company forecast growth across its businesses this year, with economic recovery expected to boost demand for flat-panel TVs as well as mobile phones and notebook PCs.
Samsung said global demand for NAND chips was expected to rise this year on tight supply - which has already seen a rare rise in memory prices - and growth in the market for smartphones.
The company is a leading supplier of the flash memory chips for Apple's iPhone, while also marketing its own Omnia range of smartphones in competition.
In addition, Samsung sells a range of tablet computers that will be up against the iPad when Apple's latest creation starts shipping in late March.
Despite the competition, the Korean firm will benefit from iPad's launch because the U.S. firm uses components from Samsung.
"Samsung's performance will be even better this year," said Shinhan Investment Corp analyst Jin Sung-Hye.
"The company is expected to keep up its pace, helped by a recovery in the market," Jin told reporters.
"It's too early to say Samsung will overhaul (world leader Hewlett Packard) this year in sales. But it will be able to do if it manages some risk factors in the global market."
Samsung forecast a robust appetite for its liquid-crystal displays thanks to the recovery, but cautioned of a possible supply glut in the second half of 2010 as competition among manufacturers intensifies.
The company, the world's second-largest mobile phone maker after Finland's Nokia, said it achieved "balanced growth" across North America, Europe and emerging markets last year despite a broad industry decline in mobile sales.