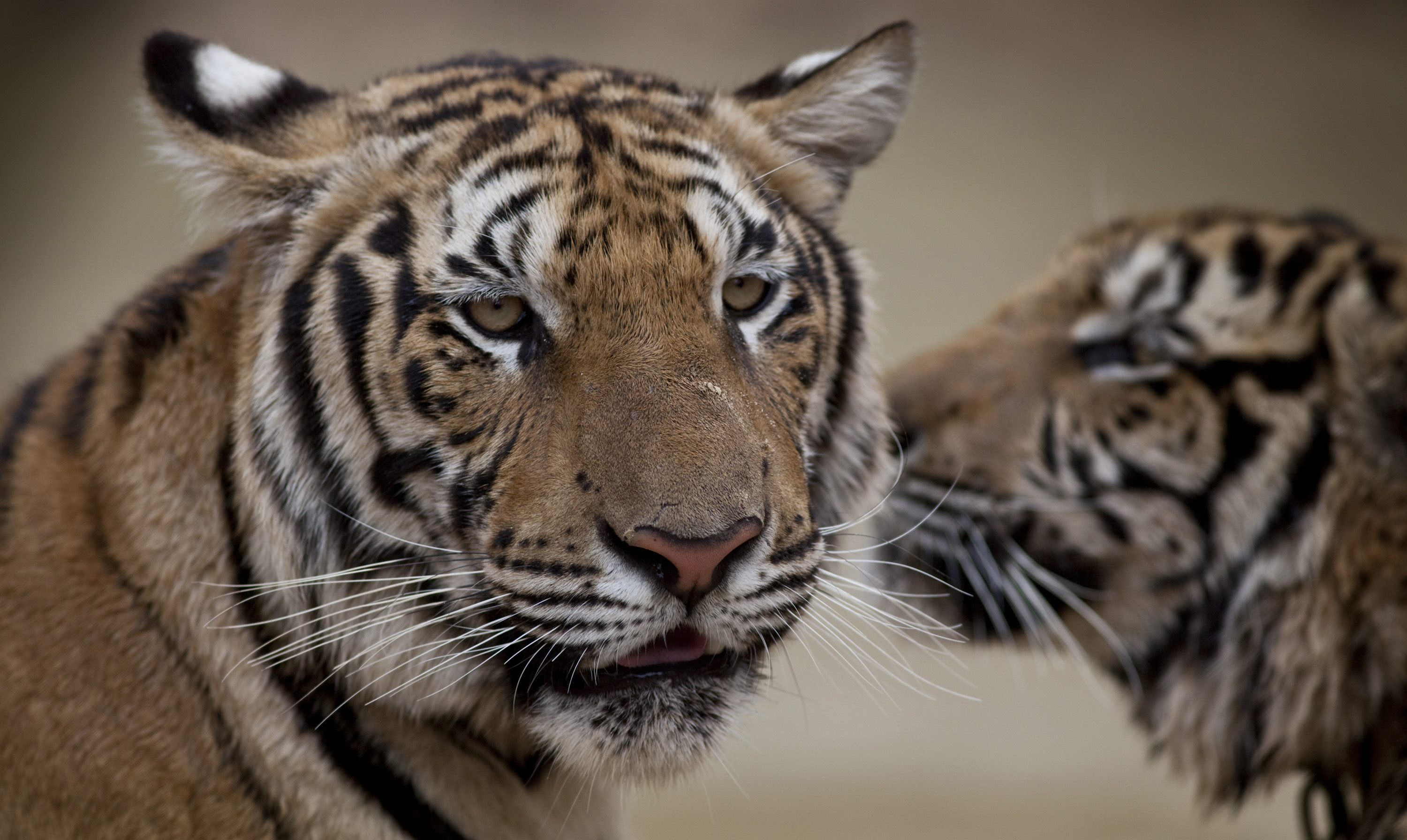 More than a dozen Asian nations aim to double the numbers of wild tigers by 2022 and prohibit the building of roads, bridges and other infrastructure projects that could harm their habitats.
However, a draft declaration that was to be adopted by the 13 countries yesterday includes no new money to finance the conservation efforts which scientists said must be more than doubled. The draft, a copy of which was obtained by reporter, mentions only a commitment from countries to use money from ecotourism, carbon financing and infrastructure projects to pay for tiger programs.
"With political will and implementation of the needed action, the extinction of the wild tigers across much of their range can be averted," the declaration states. "Tiger conservation is important to protect biodiversity and preserve a vital part of our national heritage."
Officials at the first Ministerial Conference on Tiger Conservation, in Thai coastal resort of Hua Hin, were to adopt the declaration yesterday. It will then be considered for approval by heads of state of the 13 countries in September at a meeting in Vladivostok, Russia.
Tiger numbers in recent decades have plummeted because of human encroachment - with the loss of more than nine-tenths of their habitat - and poaching to supply a vibrant trade in tiger parts. From an estimated 100,000 at the beginning of the 20th century, the number of tigers today is less than 3,500.
John Seidensticker, head of conservation ecology at the Smithsonian National Zoological Park and chairman of the Save the Tiger Fund, said the draft declaration included all the components for ensuring a steady recovery of tigers.
Along with a target for doubling tiger populations, countries would agree to protect core tiger habitats as well as buffer zones and corridors that connect key sanctuaries and national parks. The declaration also supports maintaining a permanent ban on the trade of tiger parts and reducing poaching through beefed-up law enforcement.