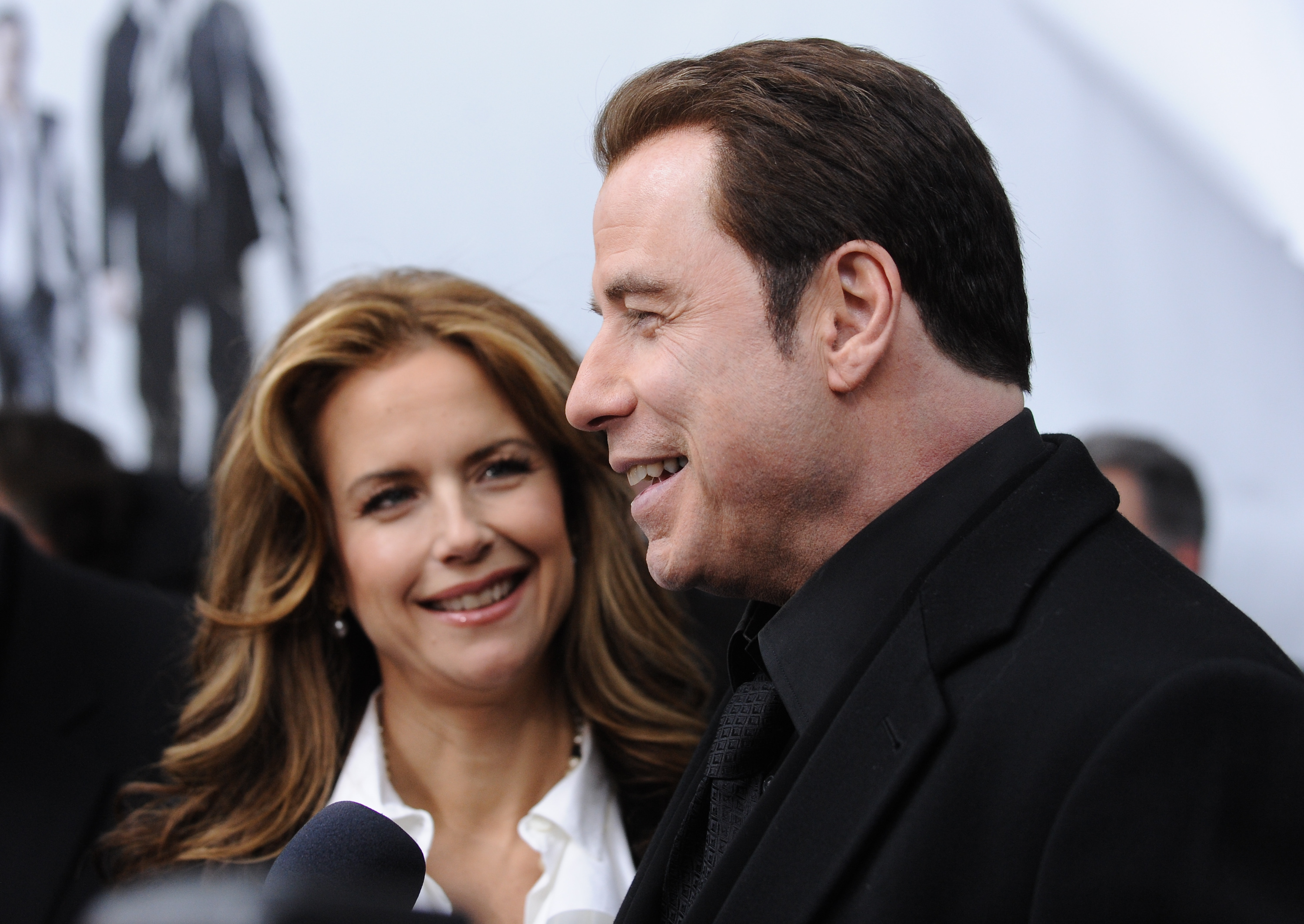 Actor John Travolta said Thursday that faith has helped him survive the tragic death of his 16-year-old son, Jett.
The actor, a noted Scientologist, walked the red carpet in New York with wife Kelly Preston to promote his new film, "From Paris With Love." The movie was filmed in late 2008, and shooting wrapped just days before Jett Travolta died on Jan. 2, 2009.
"We work hard every day with our church on healing," Travolta said, though he did not mention Scientology by name. "And Kelly and I and Ella have all been working very hard and they've been helping us," he said, referring to himself, Preston and their daughter.
Jett Travolta died year after a seizure at the family's vacation home in the Bahamas.
Asked what gave him the strength to return to his movie career, Travolta said, "Once you get yourself stable, then you're able to reach out again, you know, and I think this whole year every day we've been working on stabilizing ourselves and it's been successful so far."
Travolta flew a jetliner earlier this week carrying relief supplies, doctors and ministers from the Church of Scientology to Port-au-Prince, Haiti, to help survivors of that country's devastating earthquake. He said he is working to bring more aid to Haiti and did not rule out additional flights.