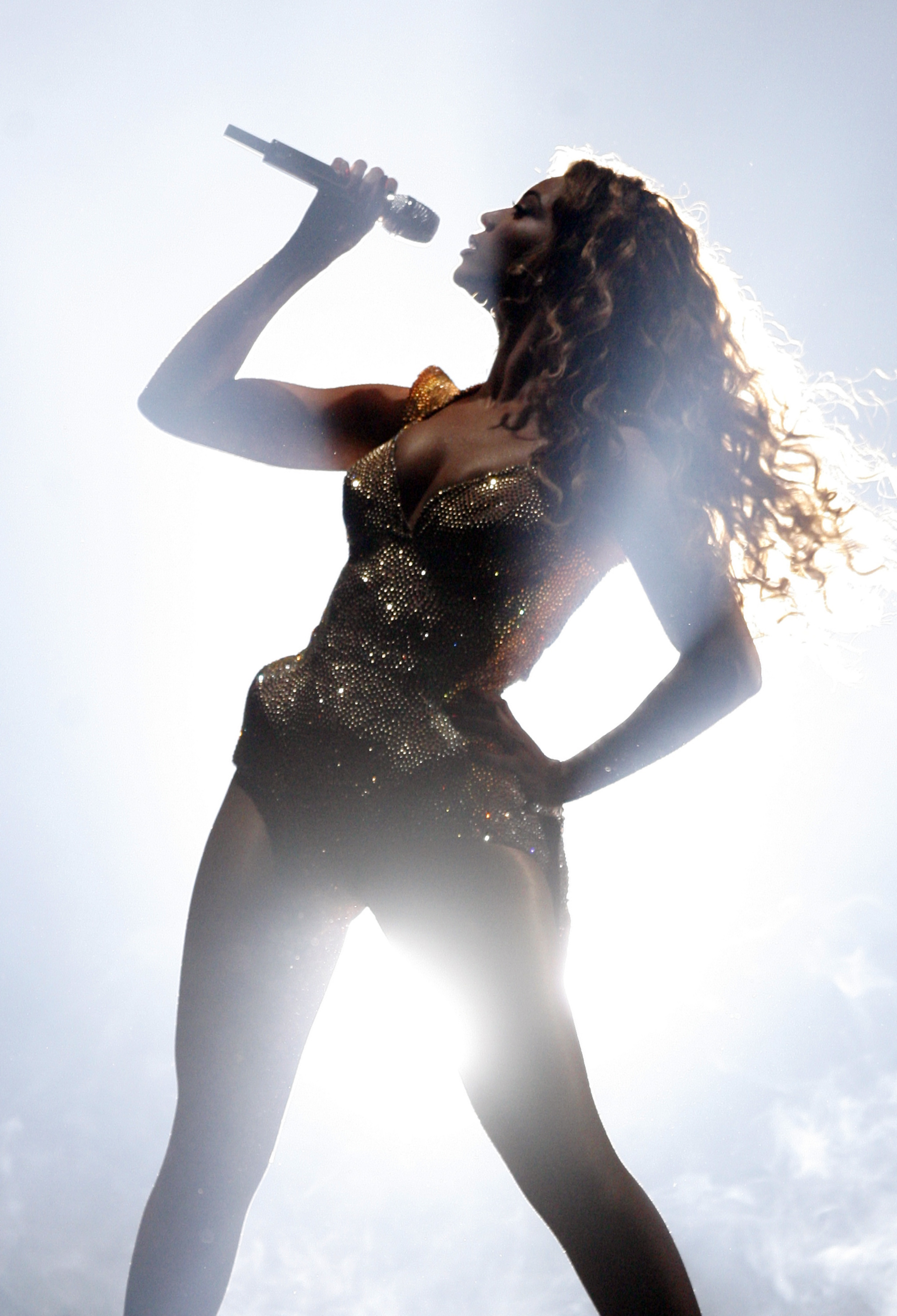 R&B superstar Beyonce will battle country star Taylor Swift at the 52nd Grammy Awards Sunday as the music world descends on Los Angeles for the industry's equivalent of the Oscars.
Beyonce heads a star-studded field of contenders with 10 nominations going into Sunday's extravaganza at the Staples Center, just ahead of the precocious 20-year-old Swift who has eight.
Beyonce has nominations in the coveted record of the year and album of the year categories, for her single "Halo" and her chart-topping double-album "I Am ... Sasha Fierce." The former "Destiny's Child" singer is also nominated in the song of the year category.
But Beyonce is likely to face fierce competition in the major categories from Swift, as well as wacky songstress Lady Gaga and the Black Eyed Peas, who all have nominations in the best album, record and song categories.
Trailing Beyonce and Swift in overall nominations are the Black Eyed Peas, Maxwell and Kanye West with six nods each.
Swift, 20, who enjoyed success last year at the American Music Awards and Country Music Awards, has rocketed to fame over the past two years. Nielsen SoundScan reported earlier this month that Swift was the top-selling digital artist in music history with over 24.3 digital tracks to date.
Grammy chief Neil Portnow has praised Swift as a "phenomenon in entertainment." "She crosses so many genres and generations. She's really struck a chord with people because her music is so honest," Portnow said. Sunday's show - which gets underway at 5p.m. (0100 GMT) - is the first Grammy Awards since Michael Jackson's death last year and is expected to feature an extended tribute to the late "King of Pop."
The tribute will include a 3-D film clip made before his death as well as performances from Carrie Underwood, Jennifer Hudson, Celine Dion, Smokey Robinson and Usher. Jackson will also be honored with a lifetime achievement award during the show. However, Grammy show producer Ken Ehrlich has distanced himself from reports that Michael Jackson's children - Paris, Blanket and Prince Michael - would perform on Sunday at the Staples Center, the same venue where they bade a poignant farewell to their father at last July's memorial service. "Don't know where that came from and I really don't have anything to say about it," Ehrlich told the Access Hollywood entertainment news show.
Meanwhile, in the record of the year race, Beyonce's "Halo" will go up against Black Eyed Peas's pop track "I Gotta Feeling," the Kings of Leon's "Use Somebody," Lady Gaga's "Poker Face" and Swift's "You Belong with Me."
The nominees for song of the year, awarded to the songwriters, are Lady Gaga's "Poker Face," Maxwell's "Pretty Wings," Beyonce's No.1 single "Single Ladies (Put a Ring On It)," Kings of Leon's "Use Somebody" and Swift's "You Belong with Me.
The best rock album nominees, meanwhile, comprise AC/DC's "Black Ice," "Live From Madison Square Garden" by Eric Clapton & Steve Winwood, "21st Century Breakdown" by Green Day, "Big Whiskey and the Groogrux King" by the Dave Matthews Band and "No Line on the Horizon" by U2. The best new artist category features the Zac Brown Band, Keri Hilson, MGMT, Silversun Pickups and The Ting Tings.