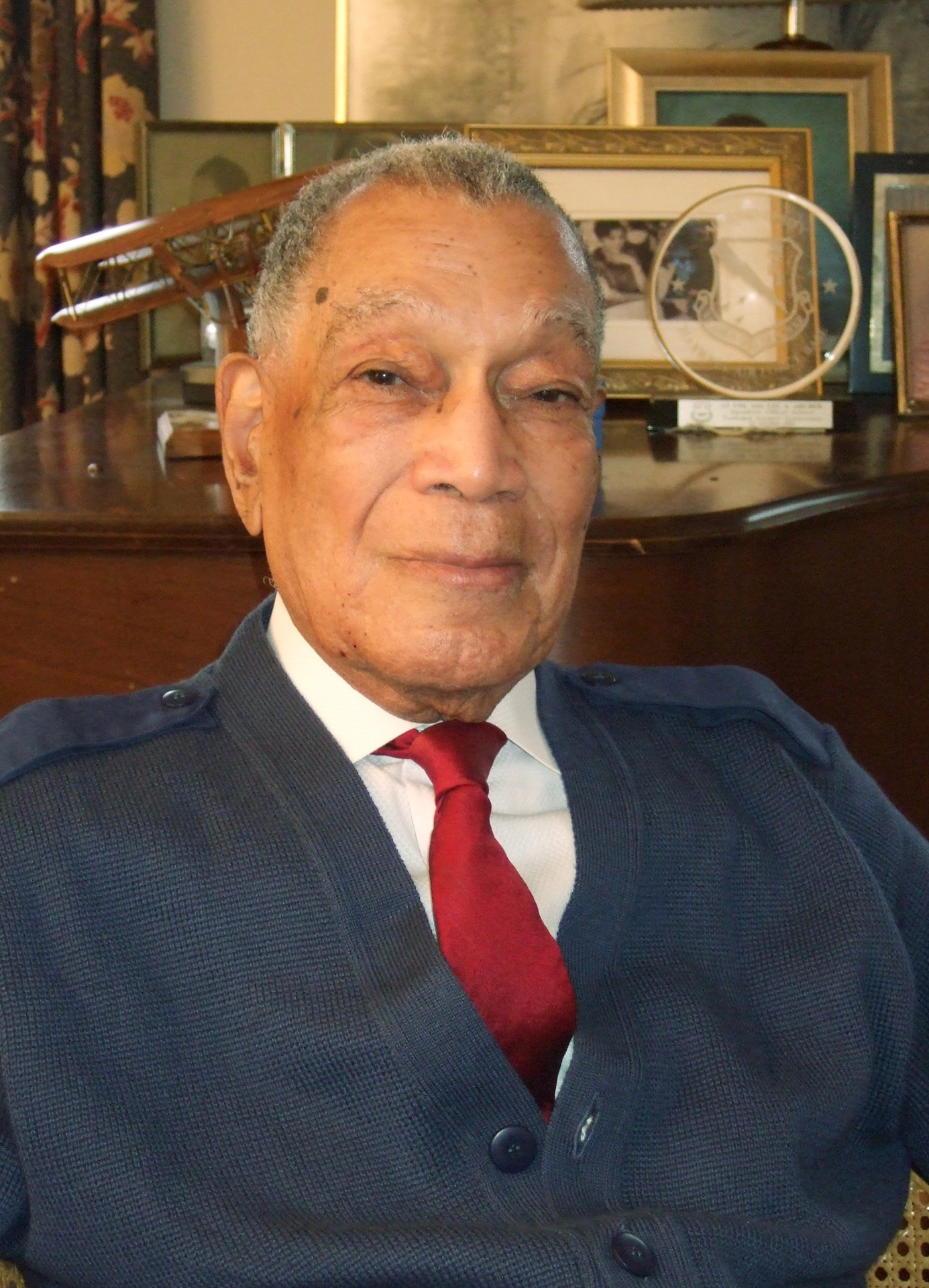 Retired Air Force Lt. Colonel Lee A. Archer, a Tuskegee Airman considered to be the only black ace pilot who also broke racial barriers as an executive at a major U.S. company and founder of a venture capital firm, died Wednesday in New York City. He was 90.
His son, Roy Archer, said his father died at Cornell University Medical Center in Manhattan. A cause of death was not immediately determined.
The Tuskegee Airmen were America's first black fighter pilot group in World War II.
"It is generally conceded that Lee Archer was the first and only black ace pilot," credited with shooting down five enemy planes, Dr. Roscoe Brown Jr., a fellow Tuskegee Airman and friend, said in a telephone interview Thursday.
Archer was acknowledged to have shot down four planes, and he and another pilot both claimed victory for shooting down a fifth plane. An investigation revealed Archer had inflicted the damage that destroyed the plane, said Brown, and the Air Force eventually proclaimed him an ace pilot.
Archer, a resident of New Rochelle, New York, "lived a full life," said his son. "His last two or three years were amazing for him."
Archer was among the group of Tuskegee Airmen invited to attend President Barack Obama's inauguration in 2009. The airmen, who escorted bomber planes during the war fought with distinction, only to face bigotry and segregation when they returned home, were also awarded the Congressional Gold Medal for their service in 2007 by President George W. Bush.
Archer was "extremely competent, aggressive about asserting his position and sometimes stubborn," Brown said.
"He had a heart of gold and treated people with respect. He demanded respect by the way he carried himself."
Brown estimated that about 50 or 60 of the 994 Tuskegee Airmen pilots are still alive.
Born on Sept. 6, 1919, in Yonkers and raised in New York's Harlem neighborhood, Archer left New York University to enlist in the Army Air Corps in 1941 but was rejected for pilot training because the military didn't allow blacks to serve as pilots.
"A War Department study in 1925 expressly stated that Negroes didn't have the intelligence, or the character, or the leadership to be in combat units, and particularly, they didn't have the ability to be Air Force pilots," said Brown.
Archer instead joined a segregated Army Air Corps unit at the Tuskegee, Alabama, air base, graduating from pilot training in July 1943.
After he retired from the military in 1970, Archer joined General Foods Corp., becoming one of the era's few black corporate vice presidents of a major American company.
He ran one of the company's small-business investment arms, North Street Capital Corp., which funded companies that included Essence Communications and Black Enterprise Magazine, according to his son and Brown.
Archer was an adviser to the late Reginald Lewis in the deal that created the conglomerate TLC Beatrice in 1987, then the largest black-owned and -managed business in the U.S.
After retiring from General Foods in 1987, Archer founded the venture capital firm Archer Asset Management.