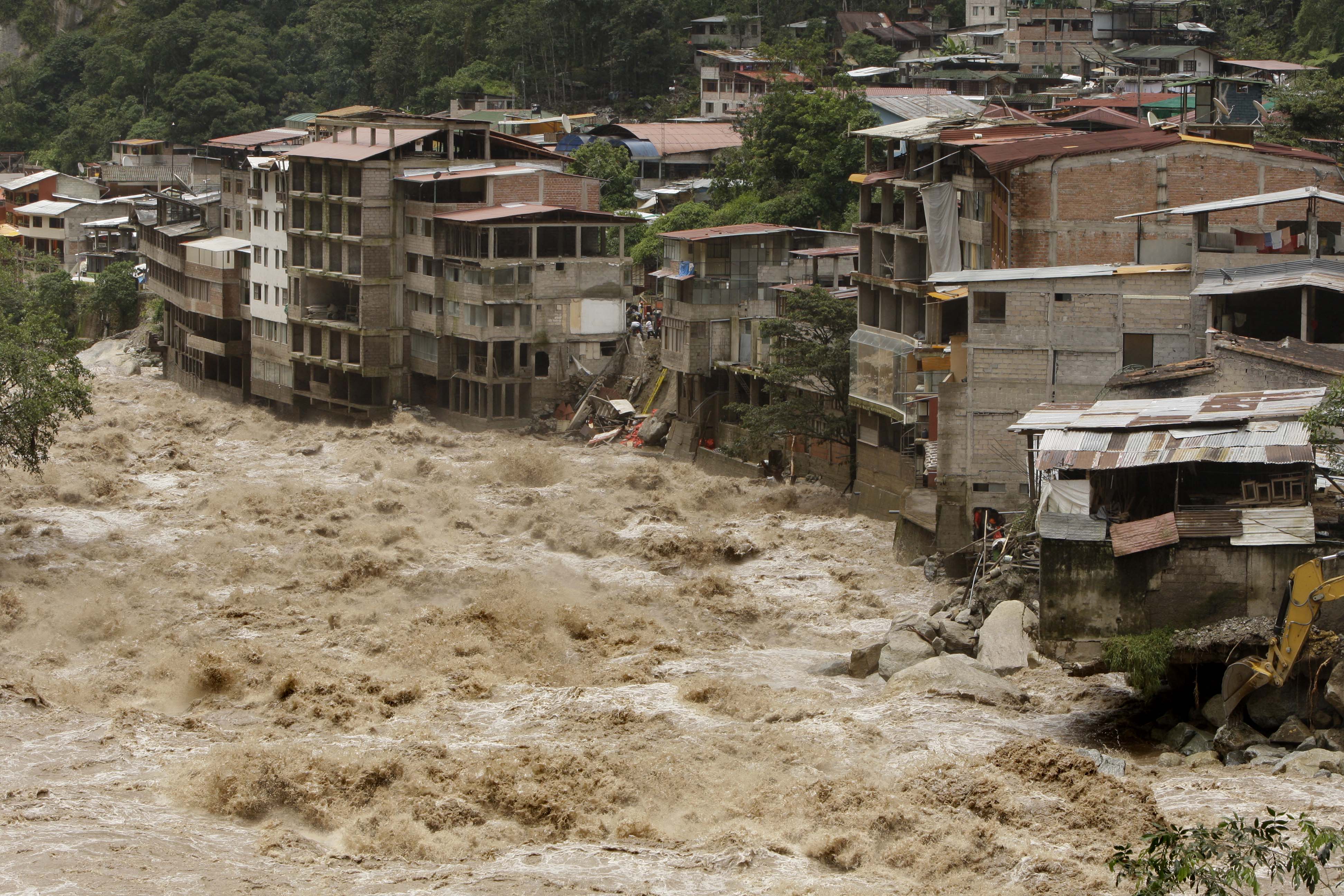 Skies cleared over the fabled Machu Picchu citadel Thursday, speeding the evacuation of stranded tourists, many of whom were left to eat from communal pots and sleep outdoors after weekend flooding and mudslides cut access to the area.
By nightfall, helicopters ferried 1,402 people out of the remote village, the closest to the ancient Inca ruins 8,000 feet up in the Andes mountains. Tourism Minister Martin Perez told Lima's RPP radio that only 800 tourists remained in town.
Perez said helicopters had evacuated a total of 2,542 tourists since Monday. More than 3,000 travelers were trapped in the town for days, strapping resources and testing travelers' patience.
"It's been an adventure, a bit more than we bargained for," Karel Schultz, 46, of Niagara Falls, N.Y., told reporter as she waited to be flown out.
Authorities said if the weather held, they would be able to evacuate the rest of the tourists - by now all younger travelers - yesterday.
"Right now it is raining heavily in Cuzco, be we believe the weather will be better tomorrow (Friday) to continue evacuations," Perez said.
The Machu Picchu site will remain closed for weeks, until the government can repair highway and railroad tracks washed out by mudslides and the raging Urubamba River.
Dozens of ragged-looking, middle-aged tourists lined up outside the train station, where they waited to make the walk of a few hundred yards to a makeshift helicopter clearing. Younger backpackers played soccer with locals and lent a hand stacking sandbags and clearing train tracks to pass the time.
The evacuation was being carried out by age, oldest first. The elderly and children were among the 1,131 tourists who were evacuated through Wednesday.
People had grown frustrated over chaotic relief efforts, price-gouging and scarce food, but the mood lightened Thursday as the weather cleared, helicopters descended from the skies and soldiers brought order to the evacuation.
When Sunday mudslides destroyed the railway, the only land transporation into Machu Picchu Pueblo, many hotels and restaurants raised prices exorbitantly - separating wealthier tourists who could afford to pay extra from those who spent days sleeping in train cars and waiting for delayed food shipments.
Dina Sofamontanez, who runs Hostal El Inka, said she dropped prices when tourists ran out of money, while some hotels on the main avenue raised theirs fivefold up to US$50 a night.