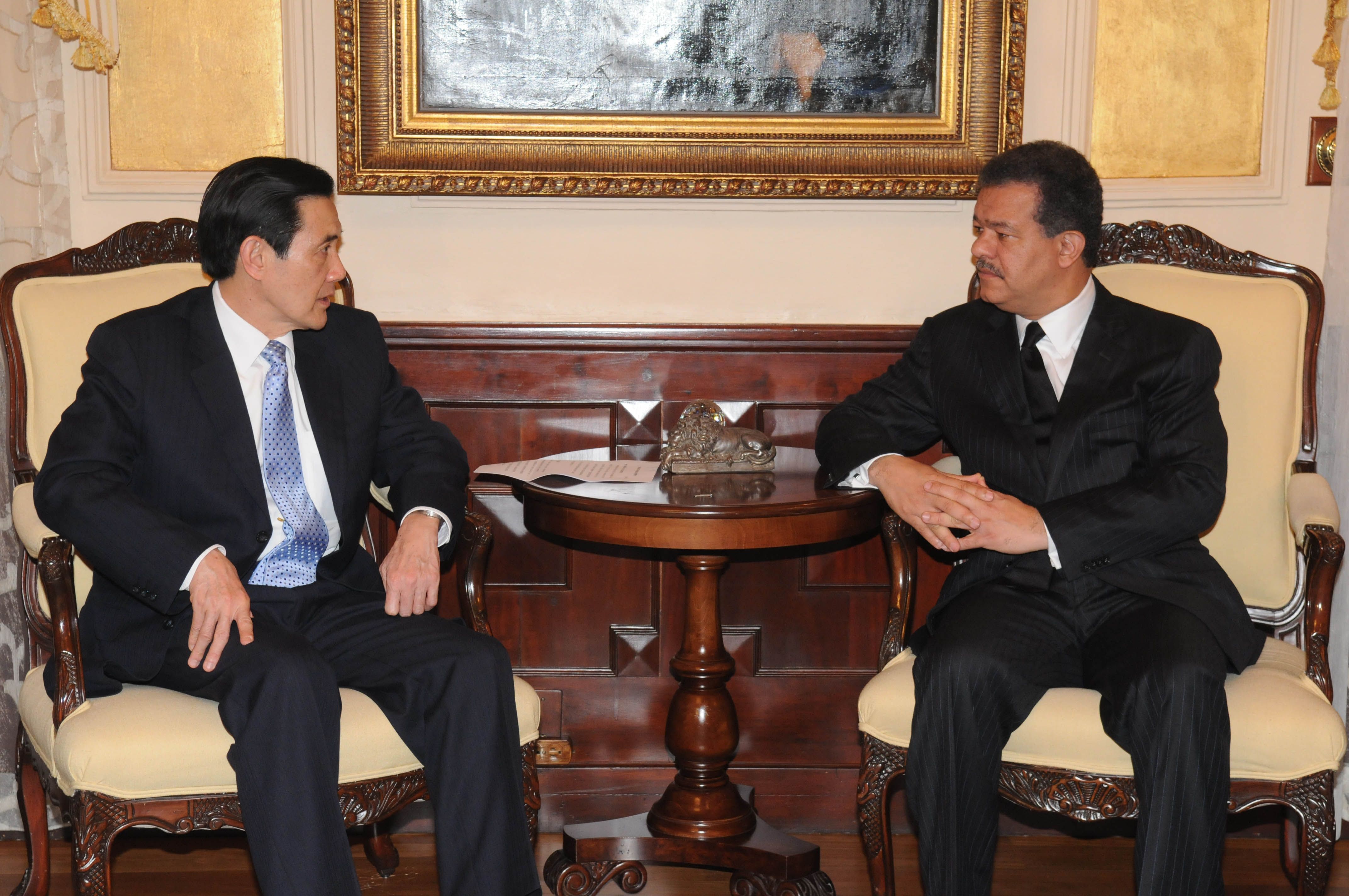 President Ma Ying-jeou proposed a four - point "pilot project" to coordinate assistance efforts for the earthquake - stricken Caribbean nation of Haiti on public health, housing, job training and creation, and the adoption of orphaned children during a meeting with leaders of the Dominican Republic and Haiti Thursday.
The Taiwan president also officially handed over 10 tons of medicine and food supplies to Haitian Prime Minister Jean Bellerive during a news conference at the Santo Domingo International Airport after a tripartite "transit summit" with Dominican Republican President Leonel Fernandez.
Ma, who arrived in Santo Domingo at 11:50a.m. on a chartered China Airlines Boeing 747-400 after attending Wednesday's inaugural of Honduran President Porifino Lubo, had initially planned to meet separately with the two leaders, but Presidential Spokesman Wang Yu-chi told The Taiwan News that "since Bellerive was already here, we decided that it would be more efficient to meet together and so invited him to meet at the Office of the President."
After the tripartite summit, Ma and Bellerive returned together to the airport and held their news conference in the presidential salon at the airport during which Ma presented the Haitian prime minister with a cardboard box containing biscuits and a manifest of the 10 tons of medicine and food supplies that the CAL charter jetliner had delivered.
According to the Taiwan presidential office, the Fubon Cultural and Educational Foundation contributed 29 boxes of medicines while the Fukuangshan and Fakushan Buddhist communities together with the Taiwan Red Cross chapter contributed 1,700 boxes of biscuits and canned corn.
Ma also presented the prime minister with a satellite telephone from Taiwan to pass on to President Revael so to help the government and the Haitian people resume communications.
The president related that a Taiwan government rescue team had arrived 24 hours after the earthquake and a total of five rescue and medical teams were sent which rescued two persons and that the government had provided US$5 million in monetary aid and the civic sector US$4 million.
Ma stated that even more important than the additional supplies was the opportunity to hold direct discussions with leaders of the Dominican Republican and Haiti governments on ways to further help Haiti in the critical phase of resettlement and reconstruction so that the people of Haiti can restore normal lives as soon as possible.
Ma said four types of relief work would be especially important in the resettlement and reconstruction phase or Haiti's recovery, namely public health and sanitation, job training and creation, housing supply and the care or adoption of the tens of thousands of children orphaned by the earthquake.
Citing Taiwan's rich experience in medical aspects of international disaster rescue and strong capabilities in public health and medicine, Ma expressed the hope that Taiwan "can send medical teams to Haiti to establish temporary medical facilities, including temporary hospitals or clinics to provide medical and public health services."
Ma also urged that the provision of permanent or temporary housing to the hundreds of thousands of Haitians rendered homeless by the January 10 temblor was critical with the approach of the hurricane season in May.
Based on Taiwan's experiences in recovery from the Sep. 21, 1999 earthquake and the flood disaster last August, Ma proposed the formation of "Hope Villages" to provide not only shelter but also serve as locations for employment and education.
The president said the Taiwan government was initially willing to contribute 200 units of prefabricated housing capable of housing 1,000 persons and could raise this contribution to 1,000 units and urged other countries to participate in this effort.
Ma related that a third priority was vocational education and training and job creation.
"We hope that farms or factories can be establish next to Hope Villages to promote employment and that the manufacturing of materials need for temporary or permanent housing can produce employment opportunities," said Ma.
Finally, Ma also noted that numerous non-governmental groups in Taiwan have long-term experience with adopting or supporting over 200,000 poor children abroad.