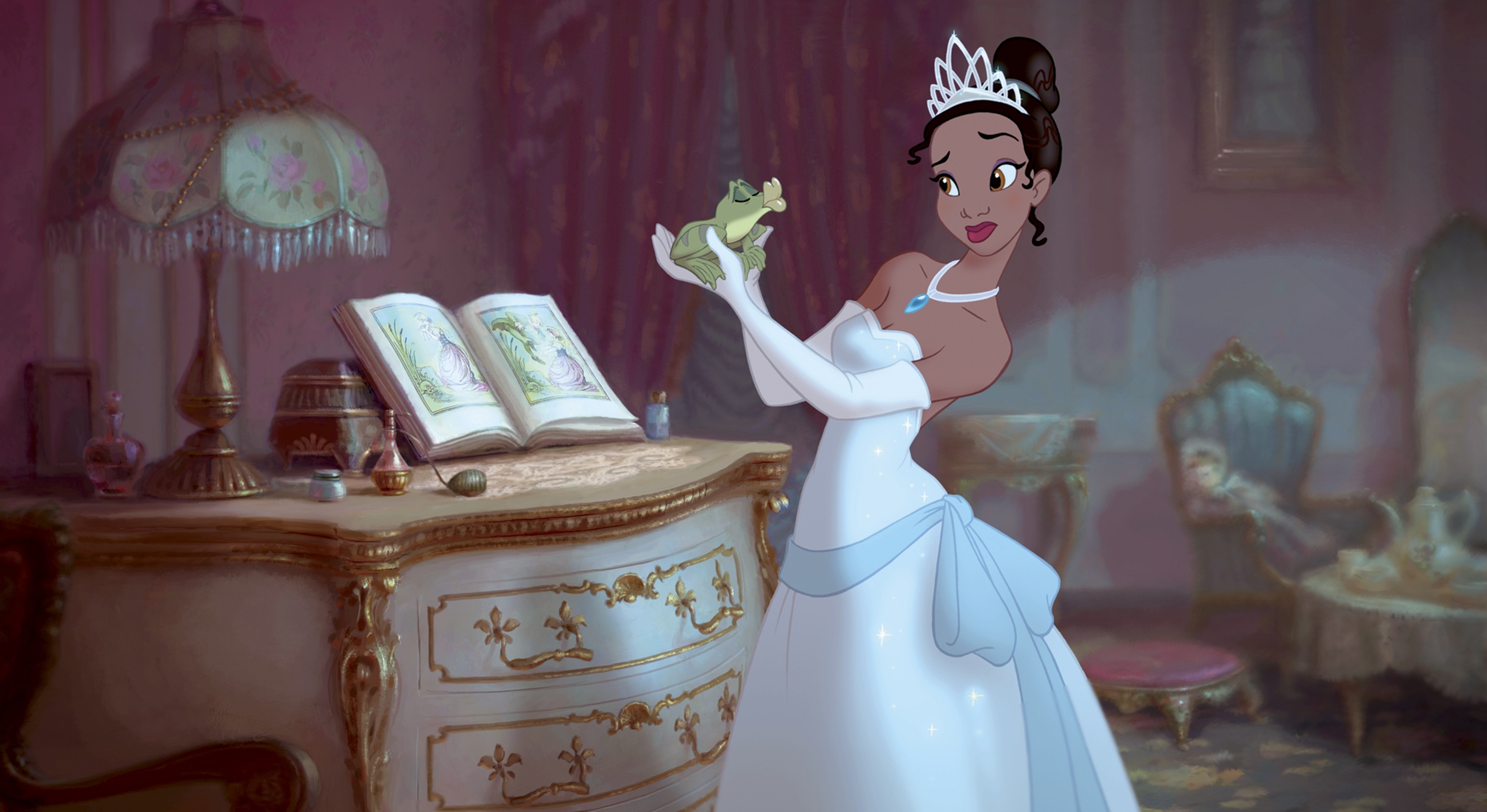 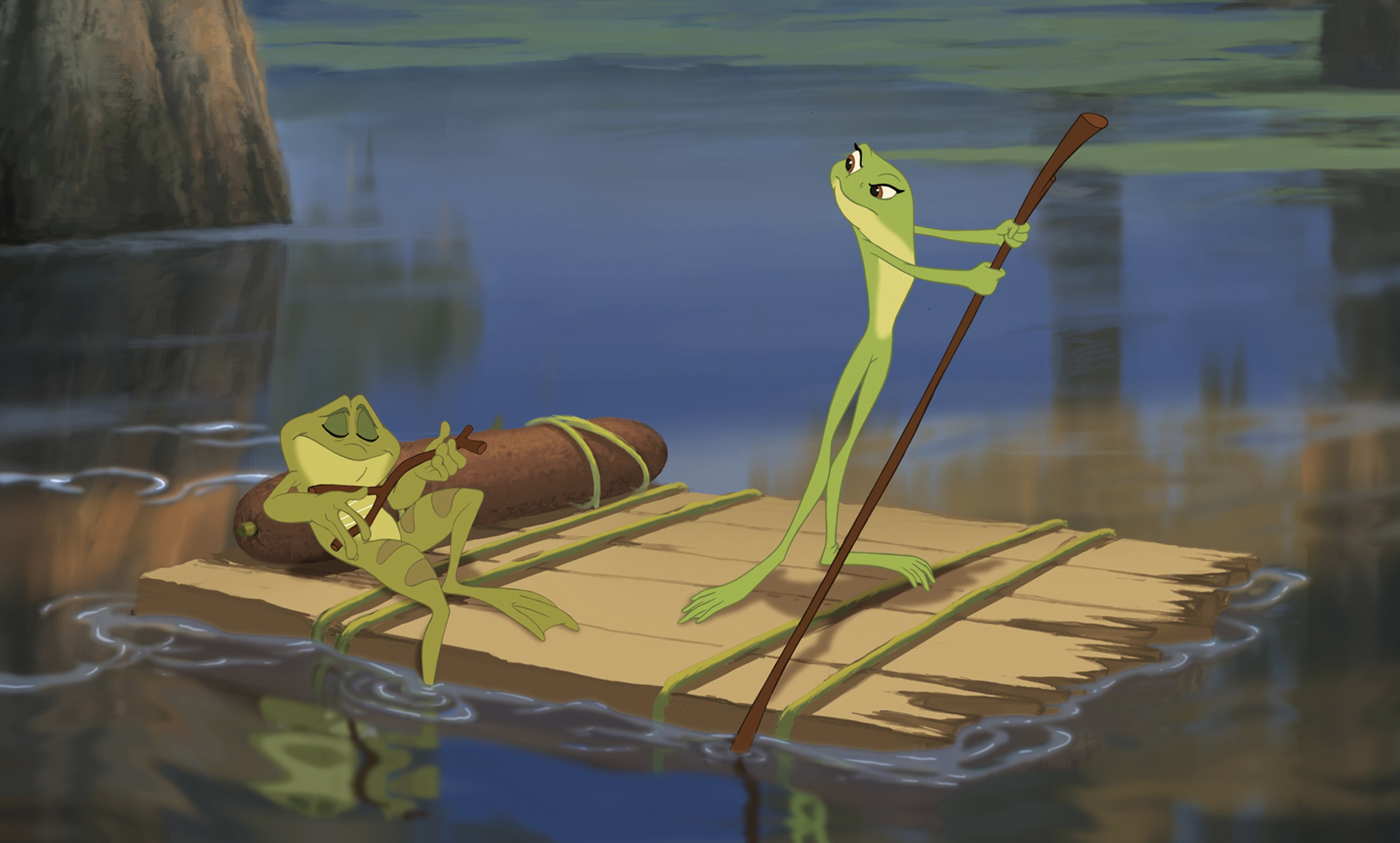 'Princess and the Frog'
公主與青蛙
Directed by: Ron Clements and John Musker
Starring: Anika Noni Rose, Bruno Campos, Terrnece Howard, Oprah Winfrey
Reviewed by: David Germain, Associated Press
Opens Taiwan: Feb. 12
The last time we heard from the hand-drawn animators at Disney, they offered up the barnyard tale "Home on the Range." The 2004 'toon was so forgettable it seemed as though it really might be the last time we ever heard from the hand-drawn animators at the studio where the art form was pioneered.
Thankfully, the spirit of animation maestro Walt Disney lives on. The studio has gone back to its roots with a fresh, funny retelling of a classic fairy tale in "The Princess and the Frog," Disney's return to hand-drawn animation after a five-year hiatus.
Like everyone else, Disney and subsidiary Pixar Animation mostly are fixated on computer animation. But Pixar masterminds John Lasseter and Ed Catmull, who now supervise all Disney animation, love cartoons of every kind and have renewed the studio's commitment to the pen-and-ink variety along with the pixelated.
"Princess and the Frog" isn't the second coming of "Beauty and the Beast" or "The Lion King." It's just plain pleasant, an old-fashioned little charmer that's not straining to be the next glib animated compendium of pop-culture flotsam.
Updating the Brothers Grimm tale "The Frog Prince" into a toe-tapping musical set on the Louisiana bayou in the 1920s, directors Ron Clements and John Musker deliver a satisfying gumbo of snappy dialogue, lovable characters and bright-hued images, spiced up with just the right touch of voodoo peril.
Starting off in New Orleans, the film centers on hardworking waitress Tiana (voiced by Anika Noni Rose), who saves every dime in hopes of opening the restaurant that was the dream of her late father (Terrence Howard). In a small role, Oprah Winfrey provides the voice of Tiana's mom.
Tiana is sidetracked by some dark magic after Prince Naveen (Bruno Campos), a jazz-loving dreamboat from a land far, far away, comes to sample the vibrant New Orleans music.
Naveen falls under the spell of voodoo practitioner Dr. Facilier (voiced with oozing menace by Keith David), who turns the prince into a talking frog as part of a plan to unleash his evil "friends on the other side" in New Orleans.
The frog prince encounters Tiana dressed as royalty at a costume ball in the mansion of her childhood pal Charlotte (Jennifer Cody) and her genteel dad (John Goodman).
The inevitable kiss Naveen talks Tiana into doesn't restore his human form, though. Rather, Tiana is transformed into a frog herself, and the two wind up pursued by Facilier's evil allies through swamp country.
In fine Disney inter-species tradition, Tiana and Naveen find comic sidekicks in Louis (Michael-Leon Wooley), a goofy alligator who dreams of playing trumpet with a jazz band, and Ray (Jim Cummings), a gap-toothed Cajun firefly with a heart as big as the heavens.
The songs and score by Disney stalwart Randy Newman, including a tune sung by Dr. John, are brisk and catchy, while there's plenty of action and slapstick humor for boys and dads in what is largely a love story for girls and moms.
Sure, the romance is a little sticky and cloying. But even the hardest of hard cases might sniffle a bit over how the unobtainable love of firefly Ray plays out.
Clements and Musker, whose credits include such hits as "The Little Mermaid" and "Aladdin" but also the mega-bomb "Treasure Planet," present rich worlds both in the city and on the bayou. Some of the animated sequences are downright trippy - Disney influenced by the wild imagination of such masters as Hayao Miyazaki, whose U.S. releases the studio handles.
Like the jerky stop-motion animation of "Fantastic Mr. Fox," the silky canvas of "Princess and the Frog" stands as a nice counterpoint to the sharp virtual worlds of computer imagery that dominate today's cartoons. The hand-drawn style is where Disney feature animation started seven decades ago with "Snow White and the Seven Dwarfs," but eventually, in Hollywood at least, everything old is new again.