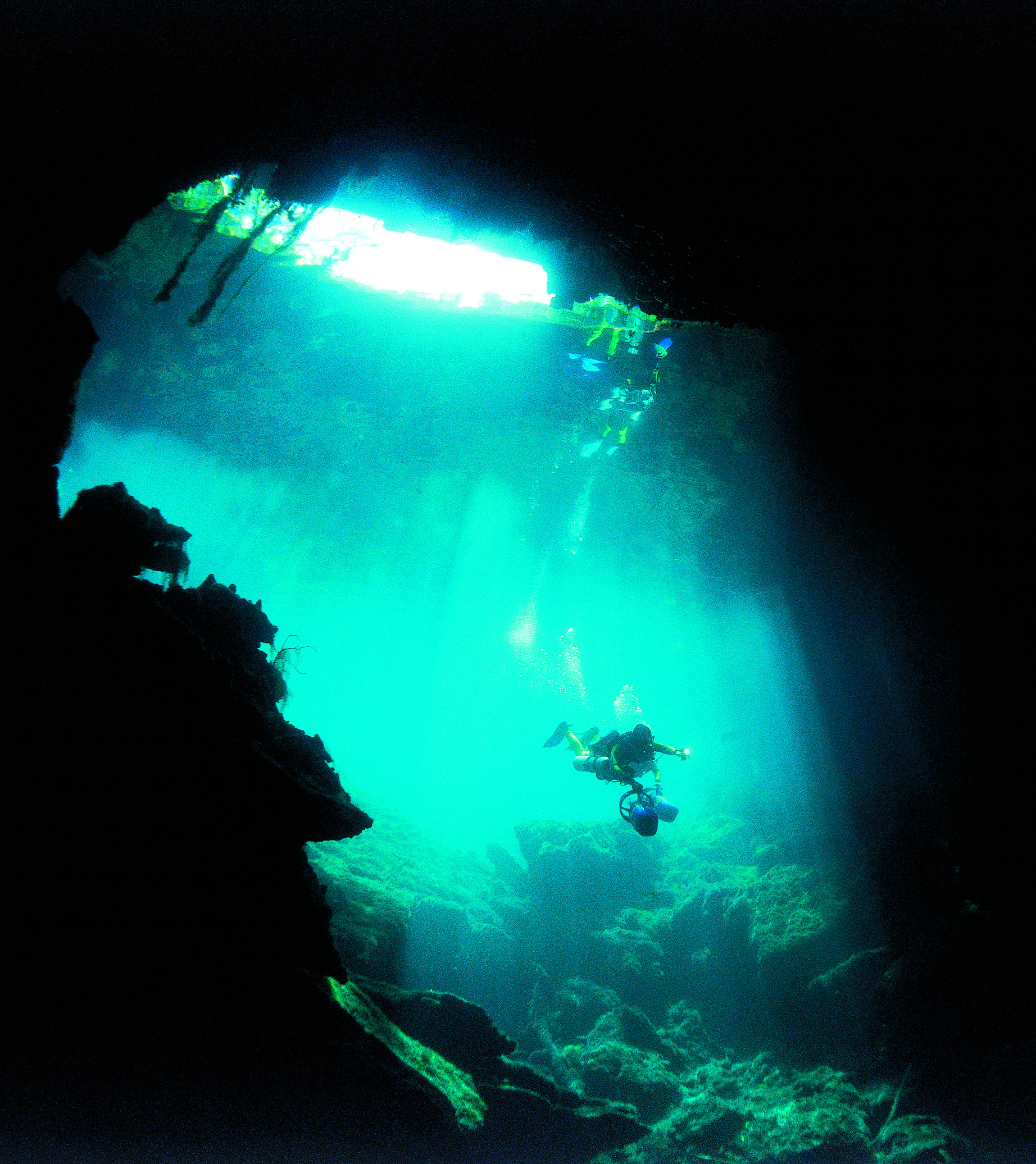 "Space Theater"
There are two films showing at the Space Theater of NMNS.
"Journey into Amazing Caves" tells the story of Nancy Aulenbach, a long-time avid caver and a National Cave Rescue Instructor, and Dr. Hazel Barton, an Ashland Endowed Professor of Integrative Science at Northern Kentucky University, who share a love for caves and cave exploration. Join these two accomplished cavers as they explore unusual caves - like ice caves in Greenland and underwater caves in the jungles of Mexico, looking for important clues about the Earth's past and microorganisms that inhabit its most extreme environments. On the giant screen, this unique story will transport viewers on an adventure to some of the most extraordinary environments on earth.
Narrated by renowned actor Liam Neeson and featuring music by The Moody Blues, the film takes viewers on an adventure through natural underground landscapes that are as stunning as any place on the Earth's surface.
Molecules to the MAX, a 40-minute educational and enter-taining IMAX movie, starts its career on giant screens. It has very peculiar characteristics, using computer graphics to take the audience to the nano-scale and teaching them how molecules are made. It uses high definition Electric Sheep to illustrate String Theory and also on the control panels of the "Molecularium" the vehicle which takes the characters around at the nano-scale.
This animated film brings audiences deep into the innermost workings of the cosmos through the adventures of a round eyed oxygen atom named Oxy and her two oxygen atom friends, Hydro and Hydra. These atomic musketeers explore inside places you have never been like snowflakes, chewing gum, pennies and human cell. Children of all ages will delight in the music and animation of this exciting film.