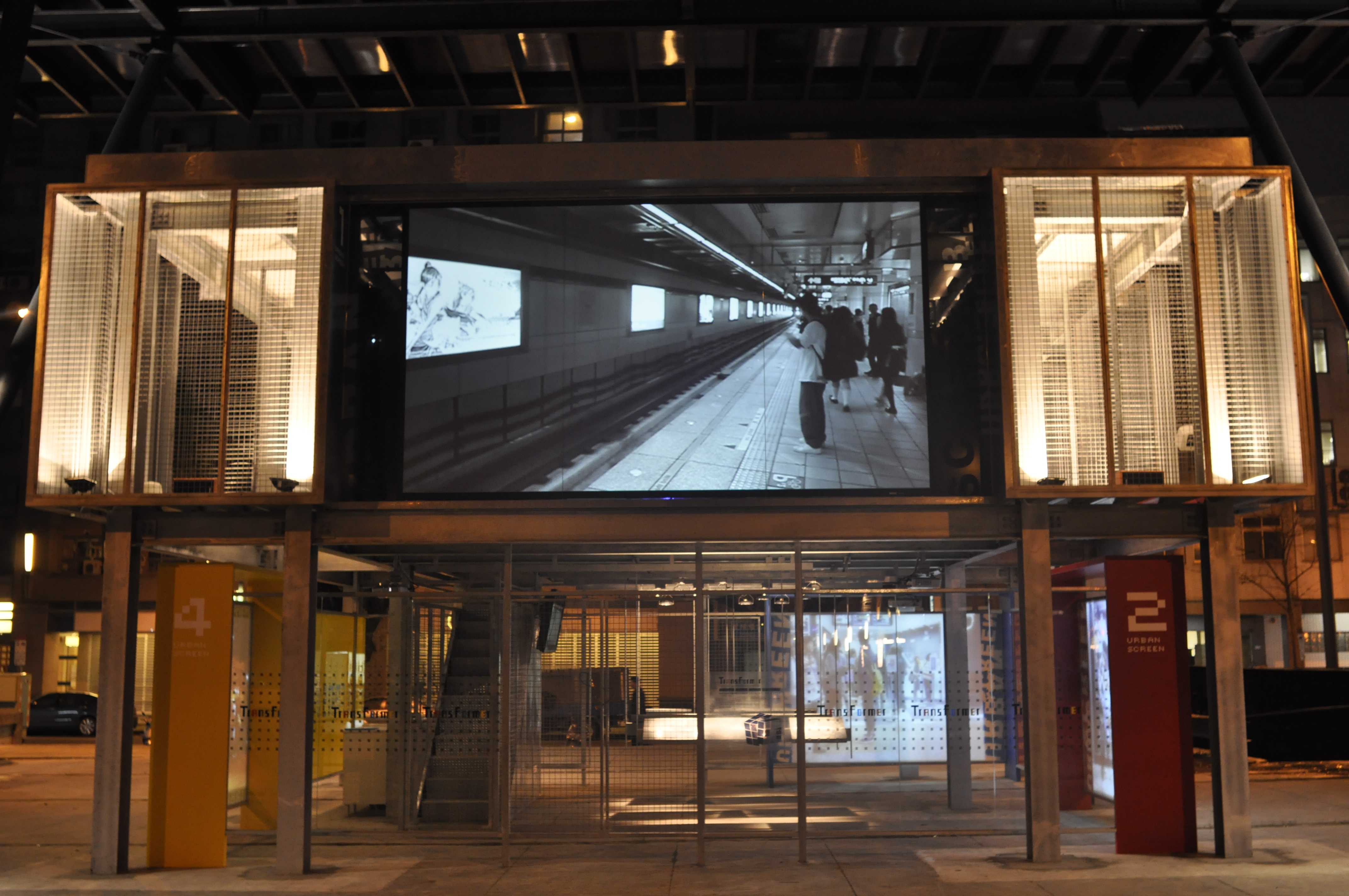 "Transformer with City Memories"
"Transformer" Urban Show Case, a new public art installation, is coming up in the Taipei Cinema Park. The opening exhibition, "Transformer with City Me-mories", will be held from Jan 30 to Feb 24. Everyone is welcome to attend this special public art exhibition for free.
"Transformer"?Urban Show Case, as its name implies, looks like a powerful transformer with energy. It'存 a two-story multimedia installation with projection screens on four sides. Chung-Yei Sheng, the architecture designer of Transformer Urban Show Case, emphasizes parti-cipation of all citizens in his work. Images of diverse daily city life will be presented at various spacial measures, in several temporal sequences on this art work with an aim to showing the energy of urban citizens and to lighting up Taipei Cinema Park and the old downtown, Ximending.
The theme exhibition, "Transformer with City Me-mories", includes four series of videos : "Transformer", by Chung-Yei Sheng , the designer of "Transformer" Urban Show Case, in which Sheng intro-duces his concepts and the origin of this installation ; "Community drama VS Camp Drama", by Chung Chiao & Assignment Theater Group, in which actors from the theater group instruct people to act out major happenings in their community ; "Em-bracing art in your life"? by Taipei Wan Hua Community College; "Culture of street graffiti"? by Richard Kao, a reporter from China Times.
DJ Lim Giong, a Golden Horse Award best film album winner, and rap singer Tang will be the special guests to present the newest multimedia show at the opening ceremony. The opening will be held at 17:30, Jan 30 in the Taipei Cinema Park. It is hoped there will be an at-mosphere of a festival so all are invited by the organizers to join the event and later exhibitions.